It may look like a garden shed, but this is actually a two-bed bungalow! The tiny house in London’s suburbs with an asking price of £500k

From the outside, this North London detached home appears to be no bigger than a garden shed.

But looks can be deceptive as the bungalow has two bedrooms, a separate bathroom, and a living area that includes a kitchen. It extends across 472 sq ft, which is the equivalent of a fifth of a tennis court.

And it costs much more than your traditional extra addition building at the end of the garden… considerably more, with a price tag just shy of half-a-million pounds. 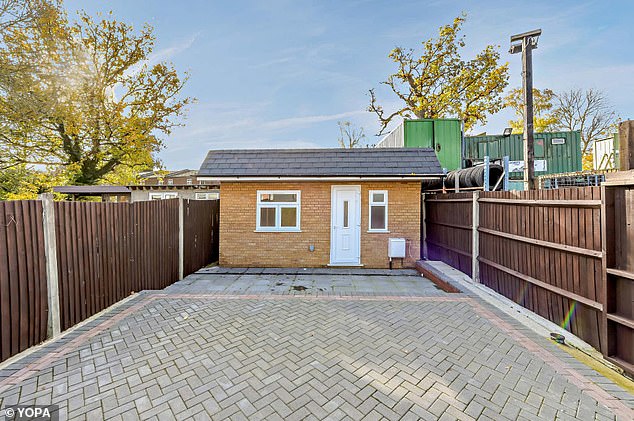 The bungalow in North London’s Edgware is for sale for £499,950, via estate agents Yopa 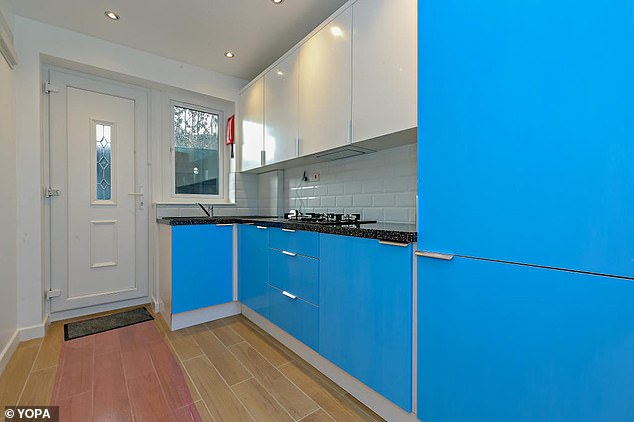 The bungalow has recently been refurbished, and now enjoys a brand new kitchen

The detached property is in Edgware, in the North Londond suburbs, where the average price of a home is £495,218.

The price of this bungalow is even higher than that, and it currently boasts a price tag of £499,950. It is being sold via estate agents Yopa.

The bungalow’s price considerably above the typical value of a home in Britain today, which stands at a much lower £305,397.

The bungalow’s marketing literature points out that it has a gated driveway entrance, off-street parking and a large skylight.

Clive Truman, the Yopa agent for Harrow and Barnet, who lives round the corner from the property and has worked in the local market for 30 years, said: ‘There are two-bedroom flats on the market in this part of Edgware selling for up to £575,000.

‘This property offers buyers the unique opportunity to purchase a freehold house in this area for cheaper than the price of a flat, with all the perks that comes with that.

‘There’s a private gated driveway, private outdoor garden space, you don’t need to worry about noise from neighbours either side of you (or above and beneath you), and there is no service charge or ground rent to factor into budget.’ 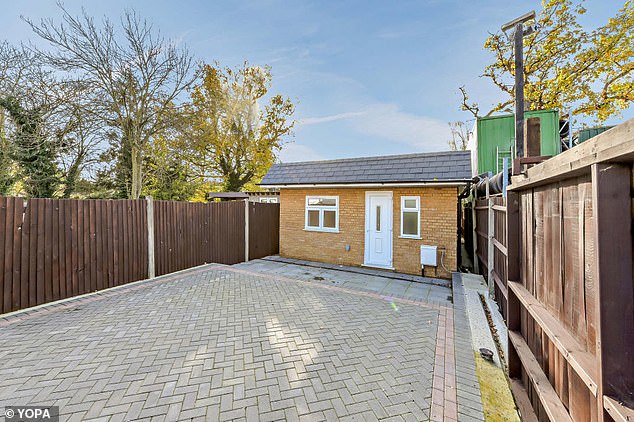 Clive Truman, the Yopa agent for Harrow and Barnet, describes the bungalow as a ‘unique opportunity to purchase a freehold house in this area for cheaper than the price of a flat’ 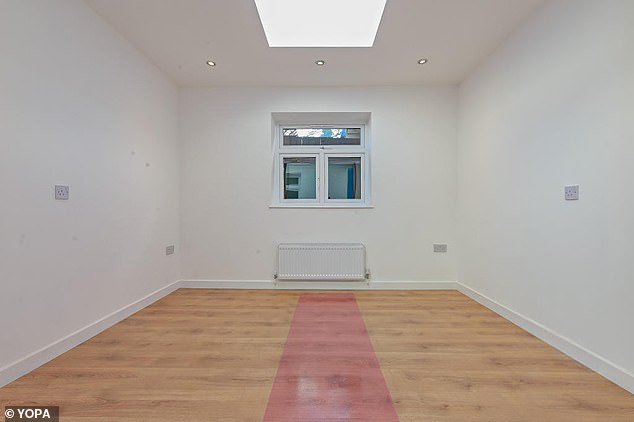 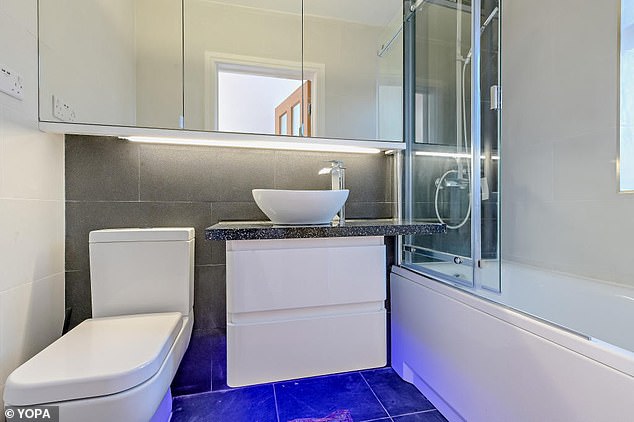 The modern bathroom has a white suite, some grey tiles and contemporary lighting

He explained that the two-bedroom property had recently been refurbished with a ‘brand new kitchen’.

The photographs show a doorway, which is on the ‘width’ of the property – which extends back to include the two bedrooms and bathroom.

Mr Truman added: ‘This property is deceptively spacious and really has to be viewed to be appreciated.’

And he concluded: ‘A five minute walk from two underground stations and close to popular bars and restaurants, it’s the perfect unique London pad for when life returns to normal. This property is definitely a one-off, and is one of the most unique homes I have marketed in my thirty years working in the area.’

Separately, North London estate agent Jeremy Leaf said: ‘It looks like a shed. It would have been better suited to a home office. A self-contained, separate house, is really pushing it. You have to think about access, privacy for existing houses and whether it would be overlooked.

‘It’s not uncommon for homeowners in the area to do similar, building flats or houses in their gardens which they can let out as an Airbnb. That’s one thing, but selling it as a separate home is in my opinion, a step too far.

‘There’s not much of a view out of the window either but if it meets regulations, then I doubt there is much the planners can do about it.’

The Uggs celebrities love are on sale for Black Friday