SINGLE mum Lauren Anderson lives on a knife-edge, constantly in fear of falling deeper into debt but unable to get back into work due to Universal Credit.

Sometimes Lauren, who lives in Bradford, can’t afford to buy food or even top up her gas and electricity. 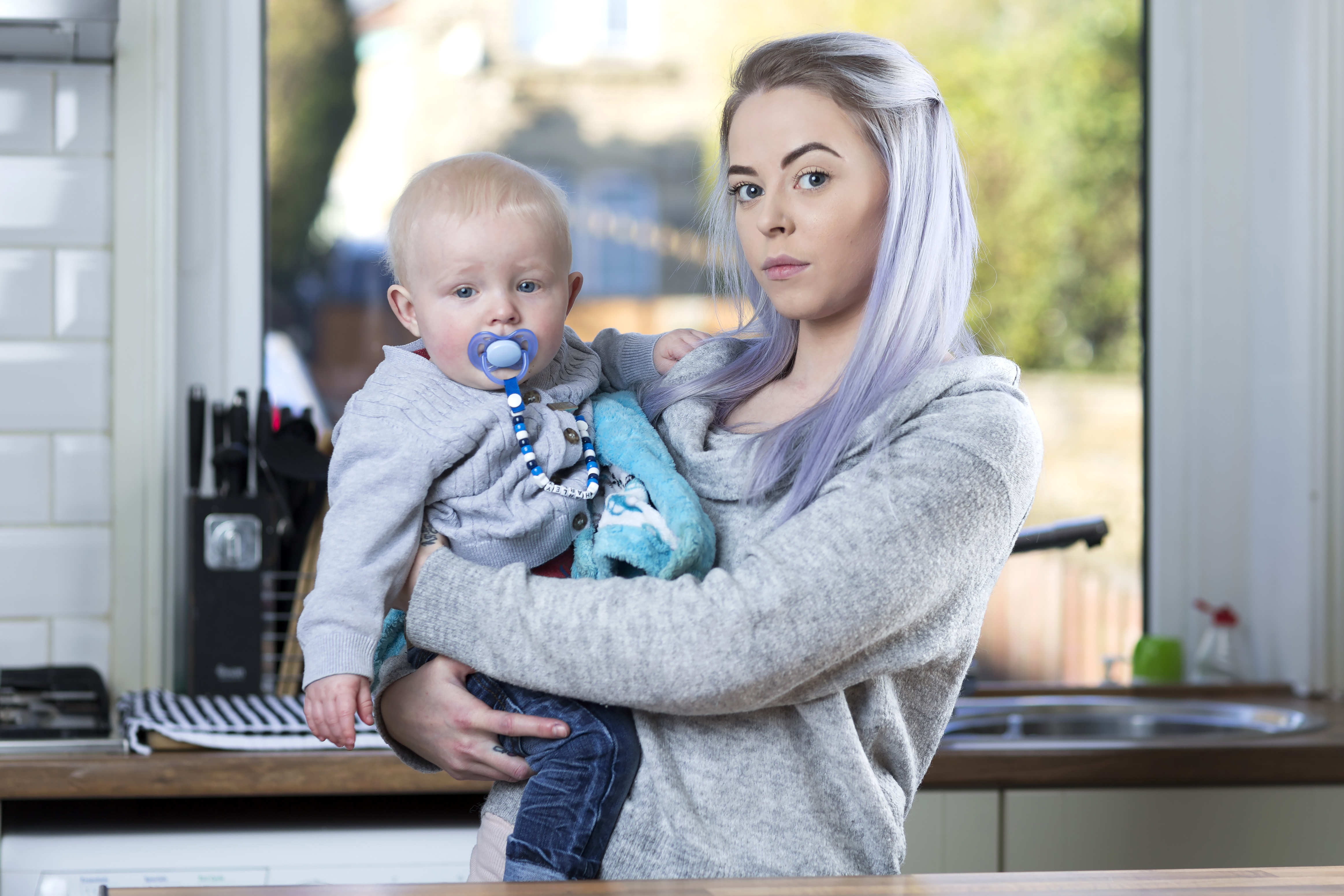 "It’s so wrong. I should be able to provide for my little boy but sometimes I struggle to even pay for food for him," Lauren told The Sun.

"I get a sense of dread every time I go to the supermarket and always have the calculator app open on my phone, adding everything up to make sure I don’t overspend.

"But I dread when I get to the checkout too in case I’ve added it up wrong and I’ll have to put something back.

"I don’t like having to ask my family for help but I have to – I can’t see another way around it.

"Everything just piles up on top of each other and it's so overwhelming. I feel helpless."

The 24-year-old waitress first applied for Universal Credit in July last year, three months after her son Harley, now aged one, was born.

She had taken 52 weeks maternity leave from her job in a pub but knew she wouldn’t be able to afford to pay childcare fees upfront when she went back to work and decided to hand in her notice six months in.

Immediately her benefits and government-paid maternity allowance stopped – and it was five weeks until she got her first Universal Credit payment.

On Universal Credit working parents also get 85 per cent of childcare fees paid – but they must pay this upfront and for single mums like Lauren this is impossible.

One million people are already receiving it and by the time the system is fully rolled out in 2023, nearly 7 million will be on it.

But there are big problems with the flagship new system – it takes 5 weeks to get the first payment and it could leave some families worse off by thousands of pounds a year.

And while working families can claim back up to 85 per cent of their childcare costs, they must find the money to pay for childcare upfront – we’ve heard of families waiting up to 6 months for the money.

Working parents across the country told us they’ve been unable to take on more hours – or have even turned down better paid jobs or more hours because of the amount they get their benefits cut.

It’s time to Make Universal Credit work. We want the Government to:

Together, these changes will help Make Universal Credit Work.

The Sun wants the government to pay childcare costs upfront so parents can get back to work faster, as we’ve demanded in our Make Universal Credit Work campaign.

Lauren added: “Universal Credit is designed to encourage people to get back to work, but it doesn’t work if you’re single with a baby.

"Universal Credit will contribute to childcare but you have to make the upfront payment for the first six weeks before they give you the money for it.

"Where am I going to get over £500 from to pay for his childcare?

"Even then childcare is capped at 15 hours per week, which isn’t great if you want to support yourself and get to and from work. 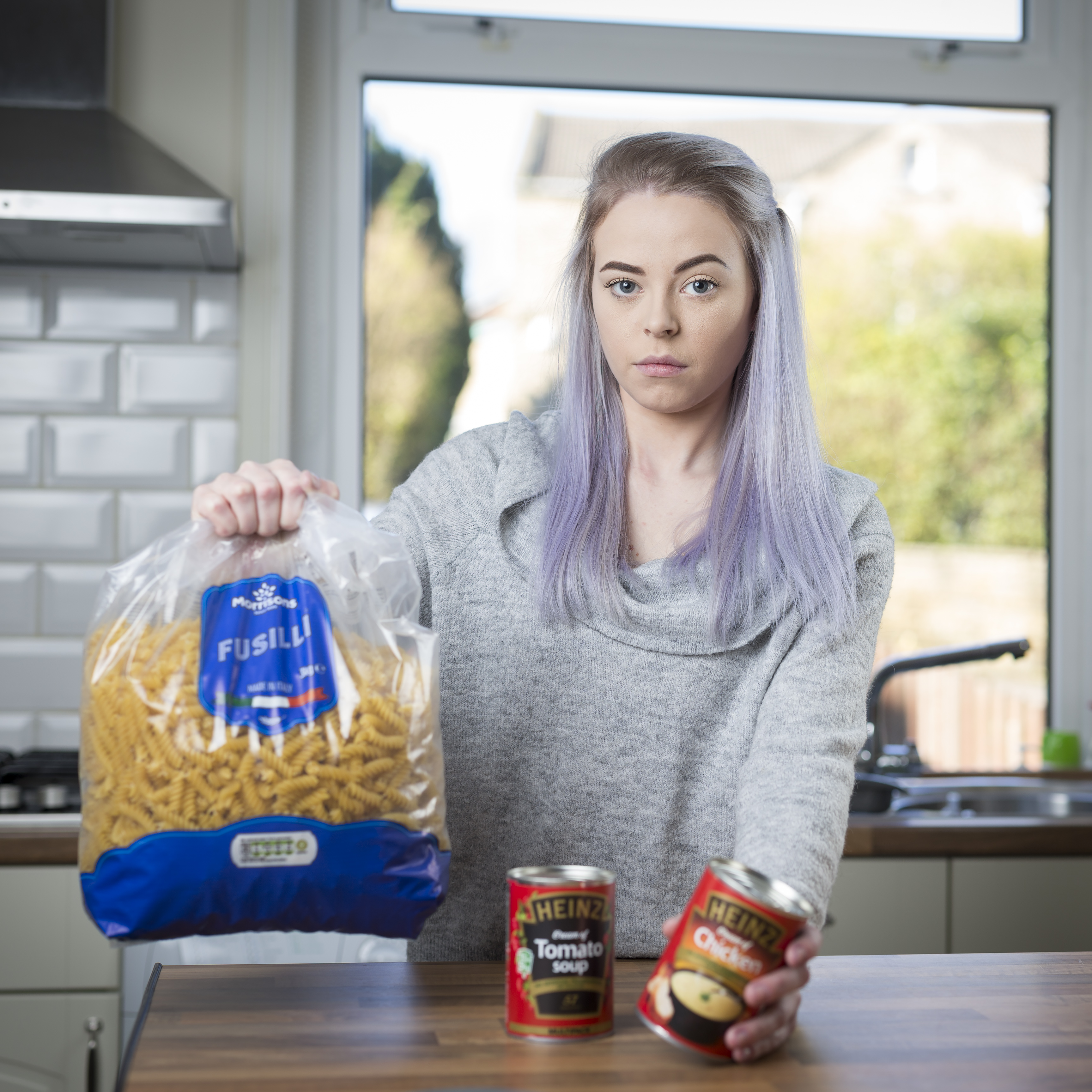 "Harley will only get 15 hours free childcare when he is two. What I can earn at 15 hours per week is an absolute pittance."

After waiting five weeks Lauren got her first Universal Credit payment of £483 – but a large chunk was missing.

'It's disgusting that my payments were docked for maternity pay'

Her money was docked due to a lump sum of £1,300 for maternity allowance and holiday which was paid to her in the same month.

As this was considered income the government taxed her Universal Credit payment – known as the taper rate – taking 63p off for every £1 she earns over £409 a month.

Lauren feels it was unfair that this money was included in her earnings for the month and subjected to the taper rate meaning she had her UC payment reduced. 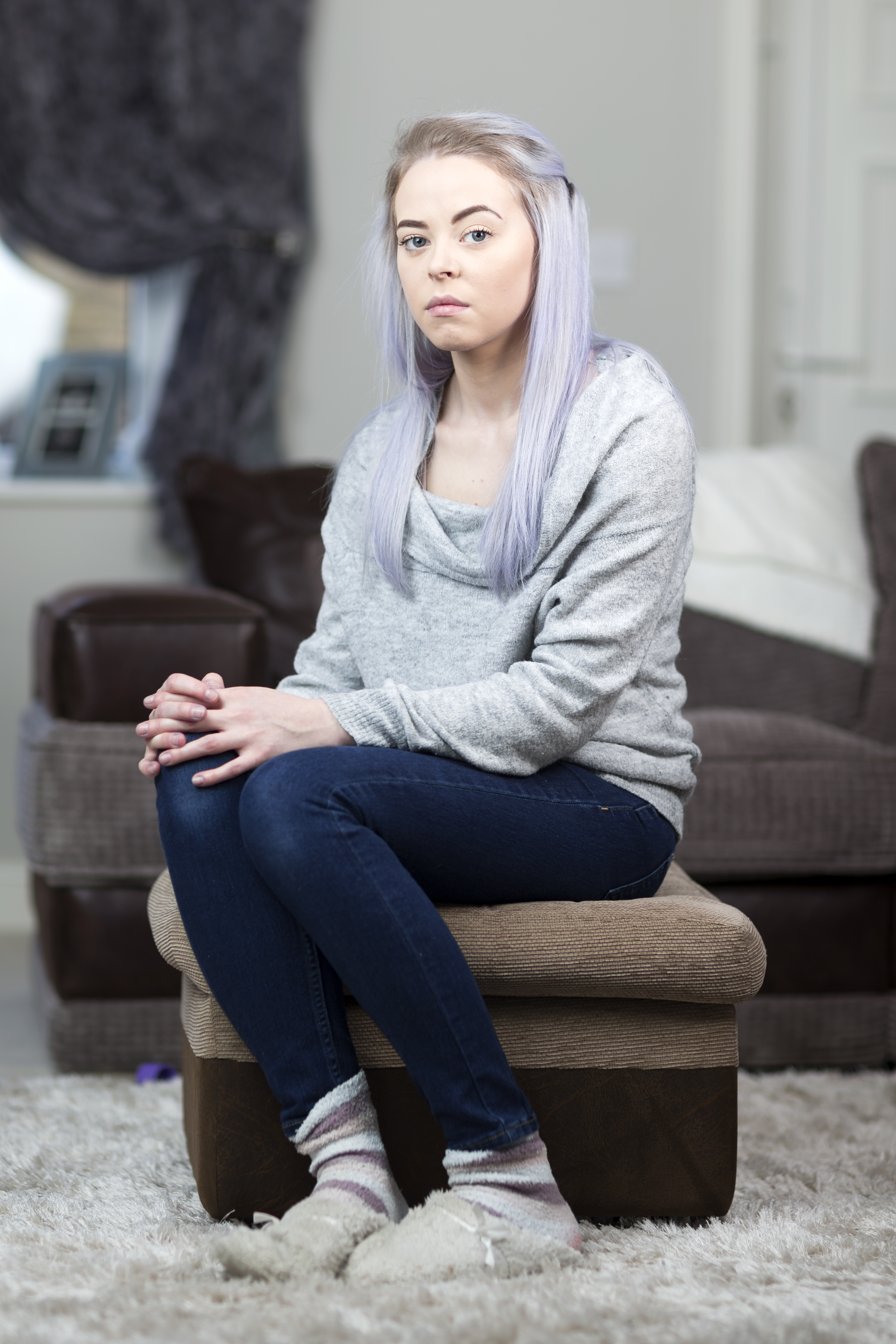 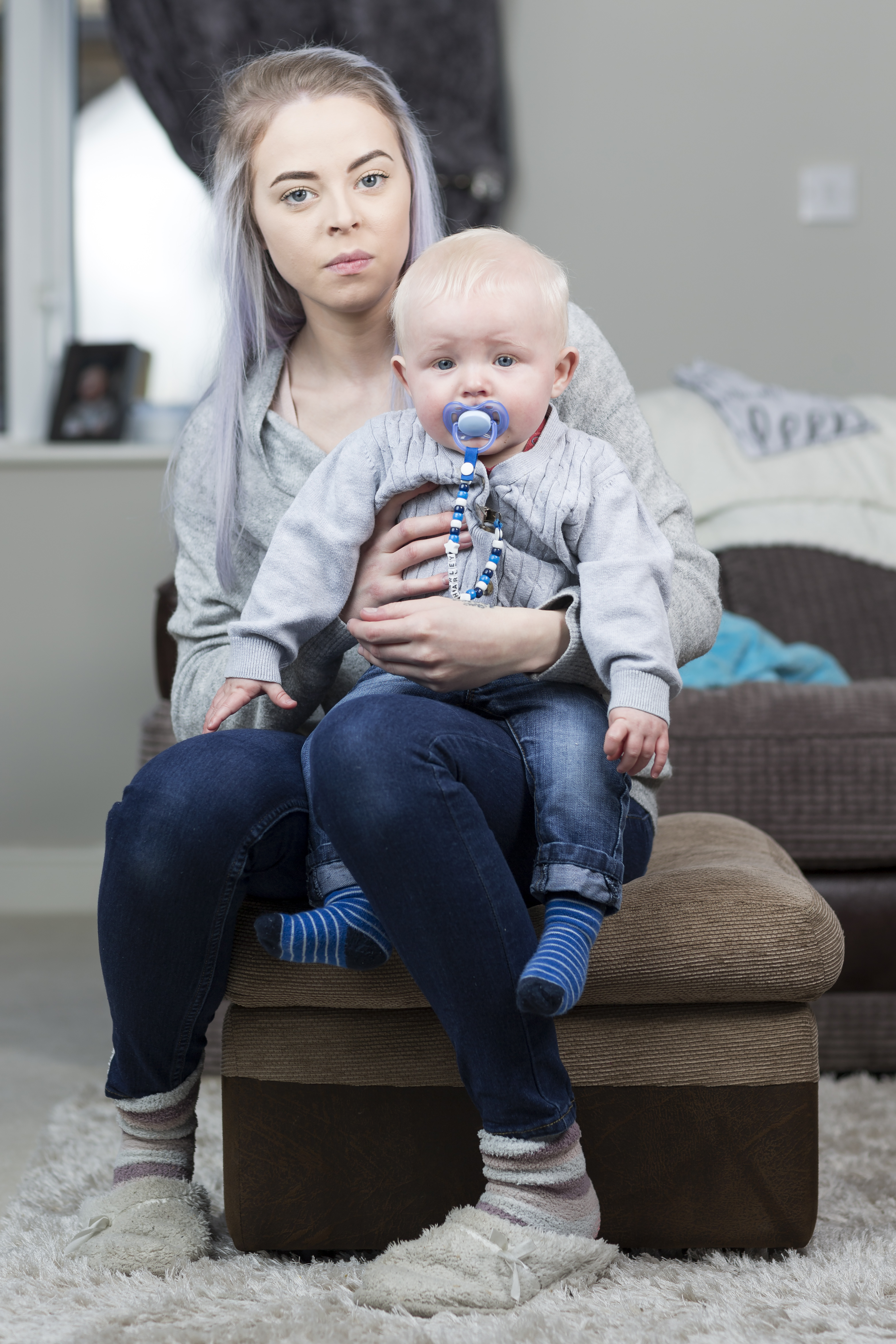 “It’s laughable to say this amount was ‘take-home pay’, it was the last maternity allowance payment I got. It was a benefit, not pay.”

“I think it’s disgusting. You don’t get a lot of maternity pay as it is.

“You start off with what you would get when working then they slowly decrease the amount up to 60 per cent.

“That they take money off you when you have a new baby is not right. It’s disgusting, it really is.”

And to make matters worse Lauren had even more money docked from her first Universal Credit payment to pay back the advance she’d needed while her benefits stopped.

It left her with £336 to last a month – and it wasn’t even enough to cover her bills.

She said: “I didn’t have any money left until the month after when I got universal credit. I was worried about fending for Harley. 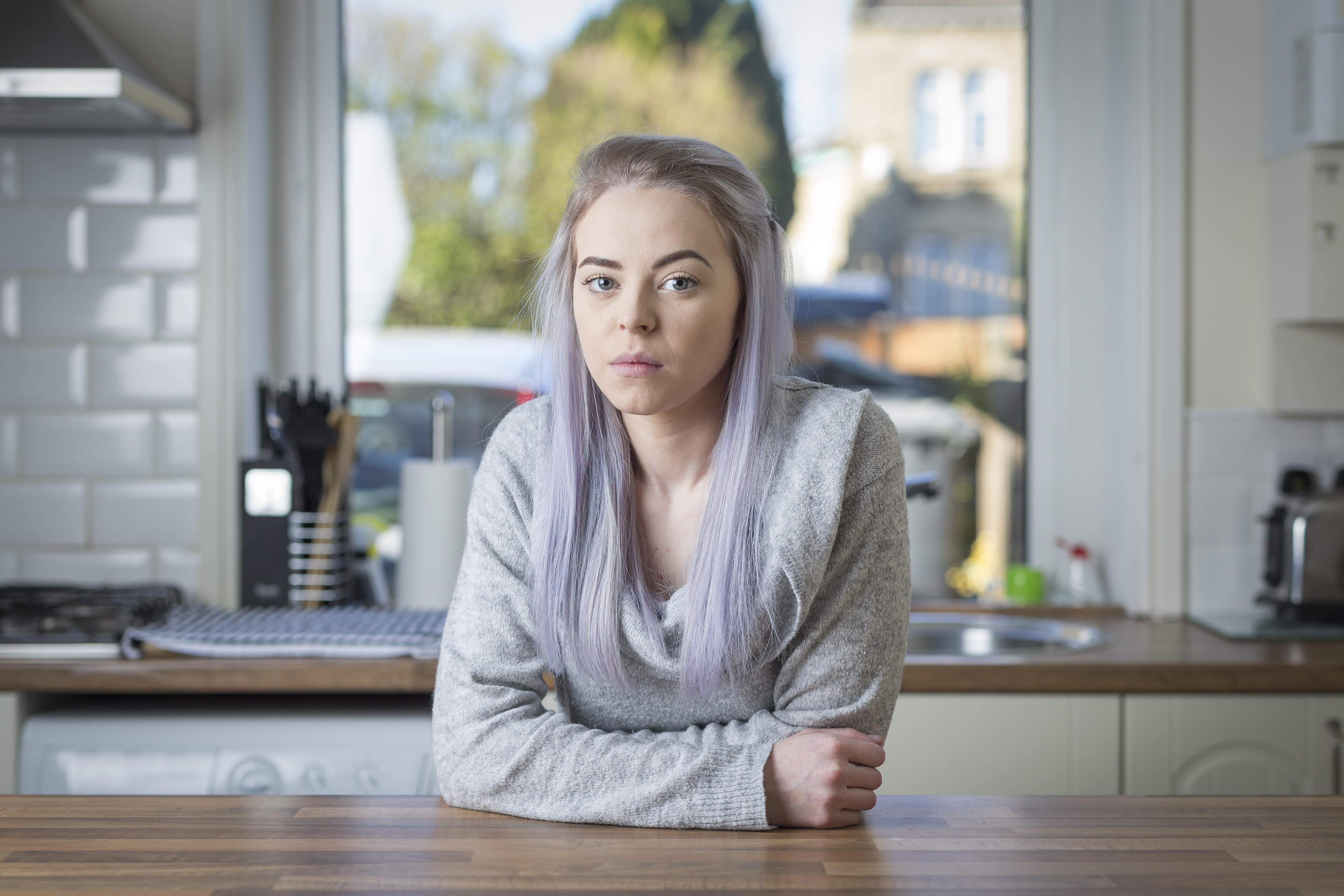 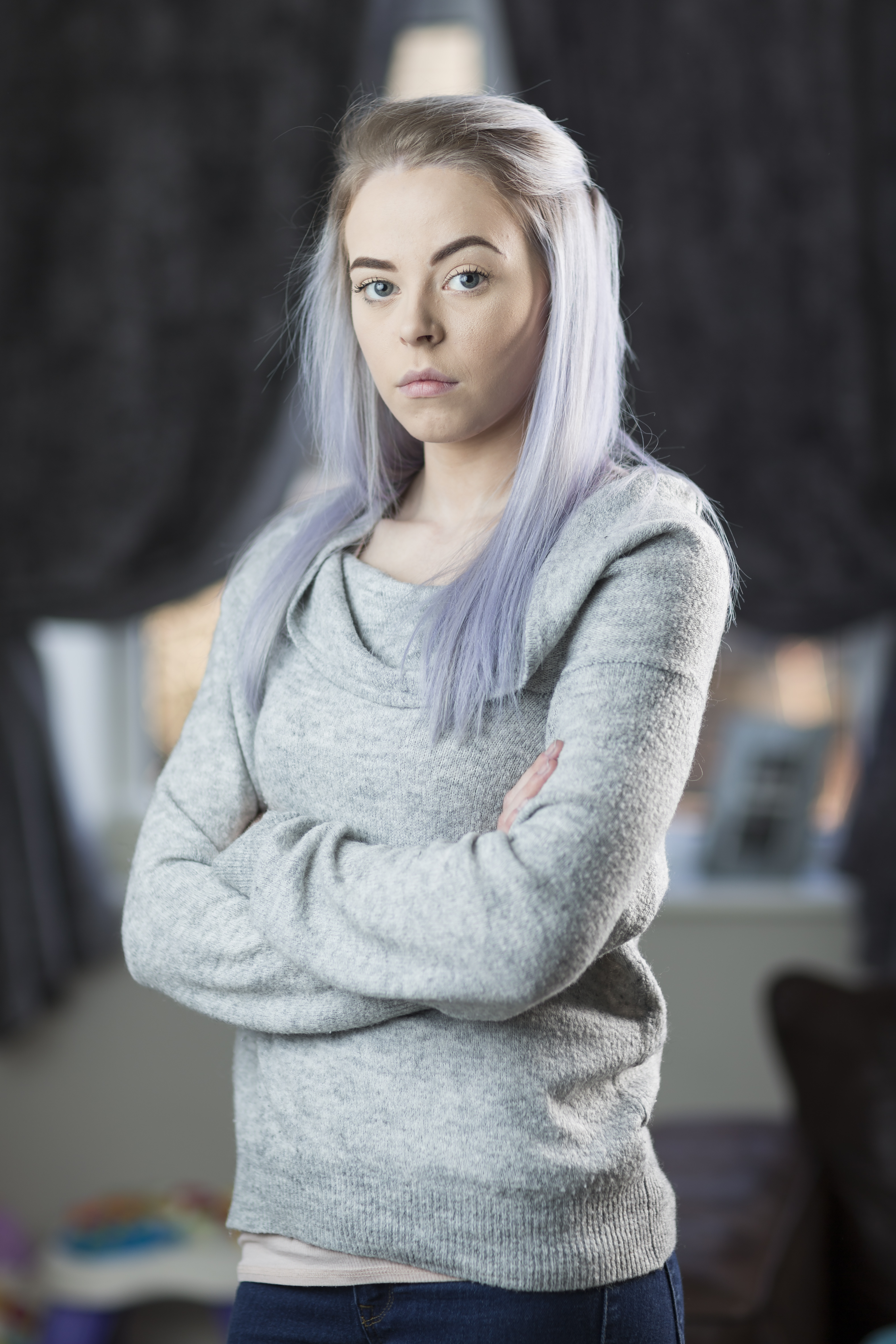 “I shouldn’t have to ask my family for money for him I should be able to do it myself.”

The Sun’s Make Universal Credit campaign also wants the government to reduce the amount of time people wait for cash to two weeks, down from five.

The single mum now lives with mounting debts hanging over her head.

"I also opened some clothing accounts just before Christmas 2017 and got into a mess trying to make repayments.”

“I’ve been trying to get the money together to get a Debt Relief Order, but I can’t afford the £90 fee.”

“I’m left with nothing. I do my shopping with whatever scraps I’m left with and need to borrow from step-mum and dad to ensure I’ve got enough to feed myself and Harley and we don’t get cold at home.”

A DWP spokesperson said: “Ms Anderson received over £3,300 in income and Universal Credit during the first two months of her claim, and continues to receive over £900 a month now. She has turned down any budgeting support offered by the jobcentre.

“If Ms Anderson starts work she can claim back up to 85 per cent of her childcare costs and there’s help available for any upfront costs.”

Lauren disputes that she gets £900 a month as £100 is taken off each payment to repay loans she needed to take out during the five-week wait for cash.