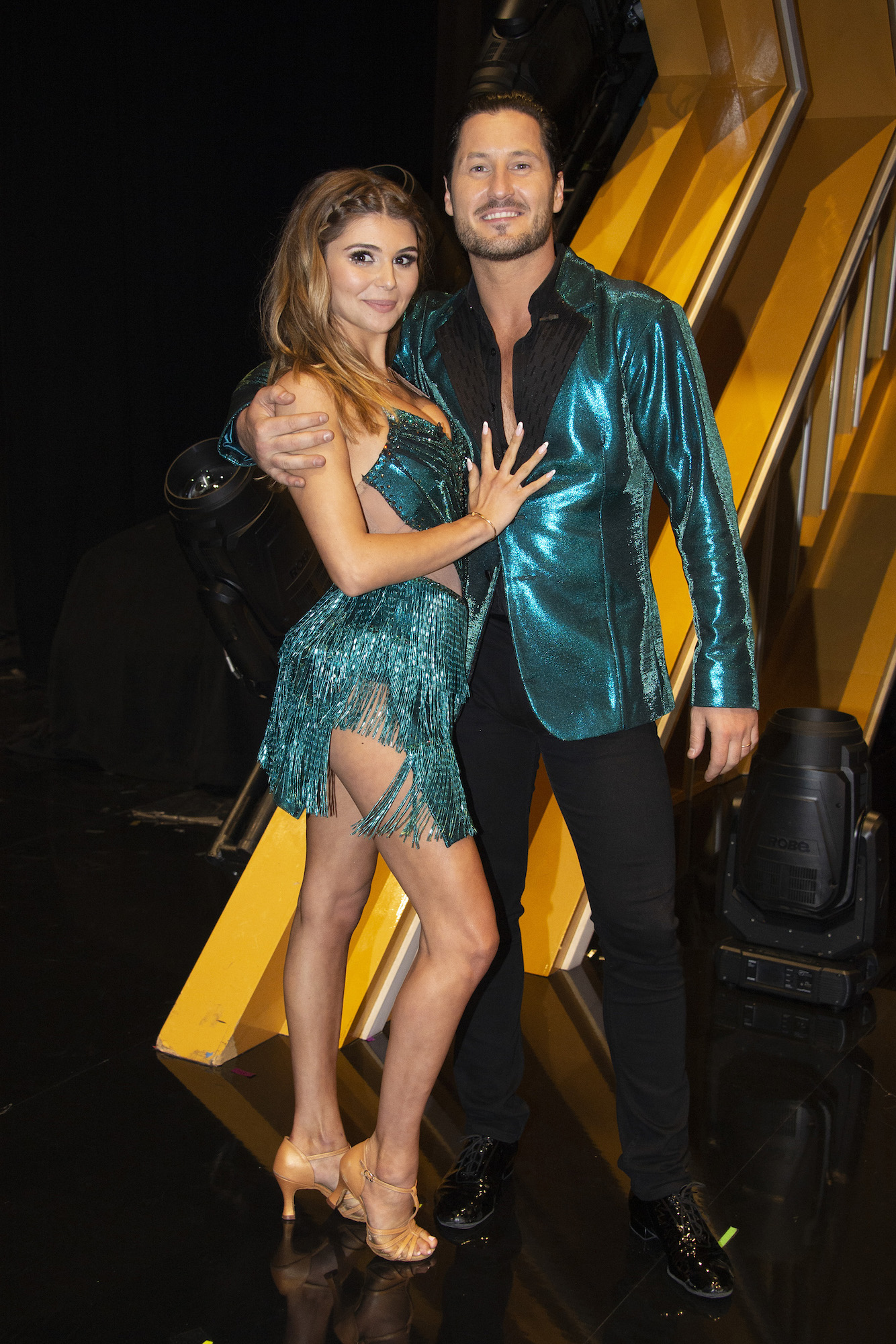 Getting honest! Val Chmerkovskiy admitted he was pleasantly surprised by Dancing With the Stars partner Olivia Jade Giannulli‘s moves — even though he went in with low expectations.

“Been really cool connecting with this young lady and getting to choreograph and dance with her. Excited to perform this piece next Monday,” the professional dancer, 35, captioned an Instagram Reels video on Wednesday, September 22, showing the two rehearsing.

Every ‘Dancing With the Stars’ Pro Through the Years: Where Are They Now?

When one fan commented, “I honestly was expecting her to be terrible but she’s great,” the two-time DWTS champ responded, “Me too.”

Chmerkovskiy and Giannulli, 21, made their ballroom debut during the Monday, September 20, season 30 premiere, dancing the salsa and earning a score of 25 out of 40.

After the episode, he opened up to Us Weekly and other reporters about forming a bond with the YouTube star and helping her have a fresh start following her family’s involvement in the college admissions scandal.

“I think this is a great experience for Olivia, but this is an experience that she has — and continues to — earn every single day,” Chmerkovskiy said on Monday night. “She came into the room with the desire to do her best, to learn the craft. She respects the show, she loves the show, she’s a fan of the show. All I want to do is teach her how to dance and let her shine.”

Most Controversial ‘Dancing With the Stars’ Contestants

He continued: “Everything else, her parents gave her. They gave her the talent, they gave her the look, they gave her the discipline. Now, she’s taken all the qualities that all the folks in her life gave her and she’s carrying them forward with a lot of pride and grace and I’m just a small part of her story. Her story’s gonna be long and prosperous and beautiful and I’m excited.”

The influencer’s casting was met with backlash due to the 2019 scandal. Her parents, Lori Loughlin and Mossimo Giannulli, were indicted after being accused of paying $500,000 in bribes in order to get Olivia Jade and sister Bella Giannulli admitted into the University of Southern California. Both Loughlin, 57, and the designer, 58, served separate prison sentences and have since been released.

Two Years After the College Admissions Scandal: Where Are They Now?

“The last few years, I’ve been wrapped up in a scandal,” Olivia Jade said during her intro package on the premiere. “I did step back from social media and just soaked in what everybody was saying. I’m not trying to pull a pity card, I just need to step forward and do better.”

Dancing With the Stars airs on ABC Mondays at 8 p.m. ET.

The Serpent BBC: What happened to Nadine? Where is she now?