A Maryland family got a closer wildlife encounter than they perhaps intended after a gregarious bear decided to join their picnic, as seen in a wild video from Caters News Agency.

“We were all told to not make sudden movements,” said Kaitlyn Nesbit, 29, who was picnicking in Deep Creek with the fam on August 6 when a massive black bear crashed the party.

In the 30-second clip, the bold beast is seen nonchalantly helping himself to their meal while sitting at the picnic table just inches from the family members.

Unsurprisingly, most of the fam was “scared to death and filmed from the deck,” however “the brave tested their luck,” said Nesbit.

Indeed, some of her more intrepid relatives can be seen taking selfies with the furry interloper, while at one point, a bald man in a bandana even taps the animal on its nose.

Fortunately for them, the people who owned the property said the bear is a regular who never bothers anybody, according to Nesbit, a bridal store manager. 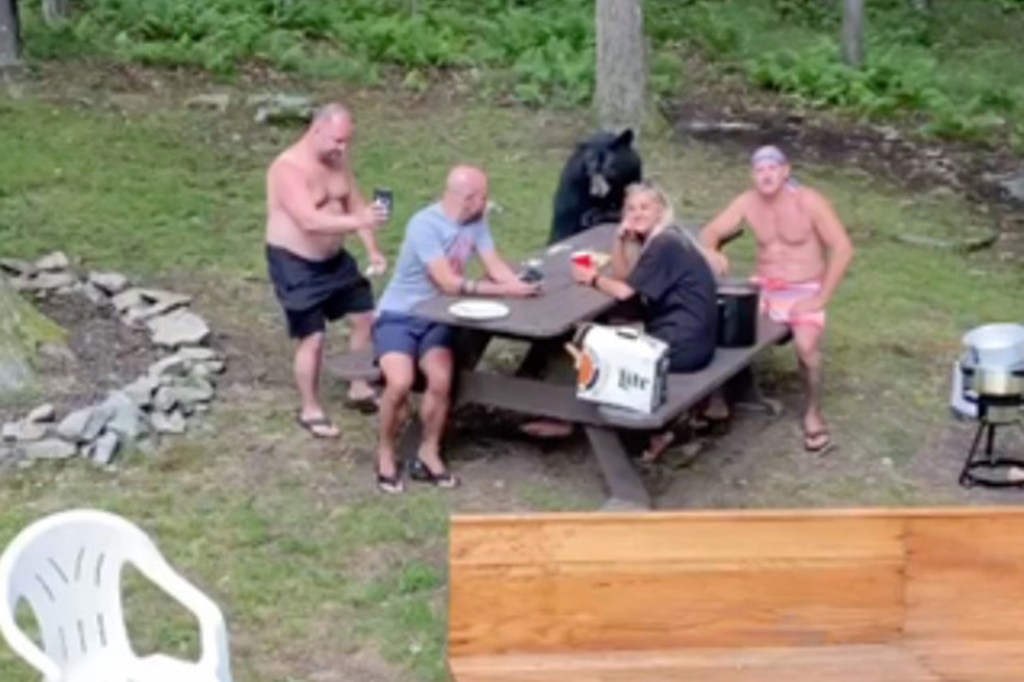 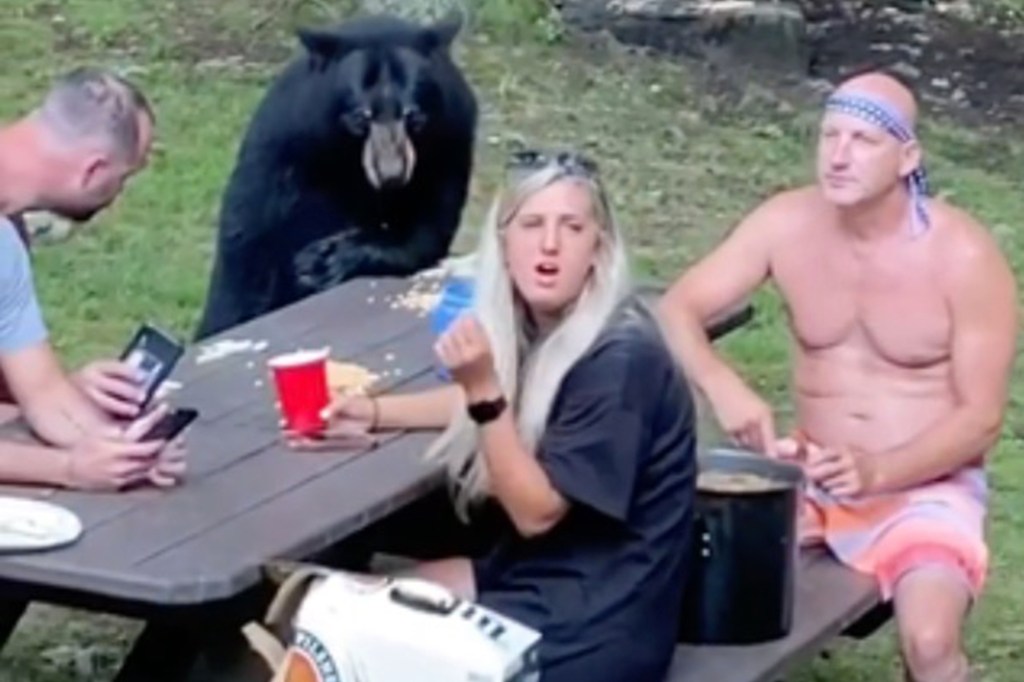