The family crest battle continues. During a dinner with the ladies of The Real Housewives of New York City, Sonja Morgan’s family crest gets brought up again and Dorinda Medley really offends her. 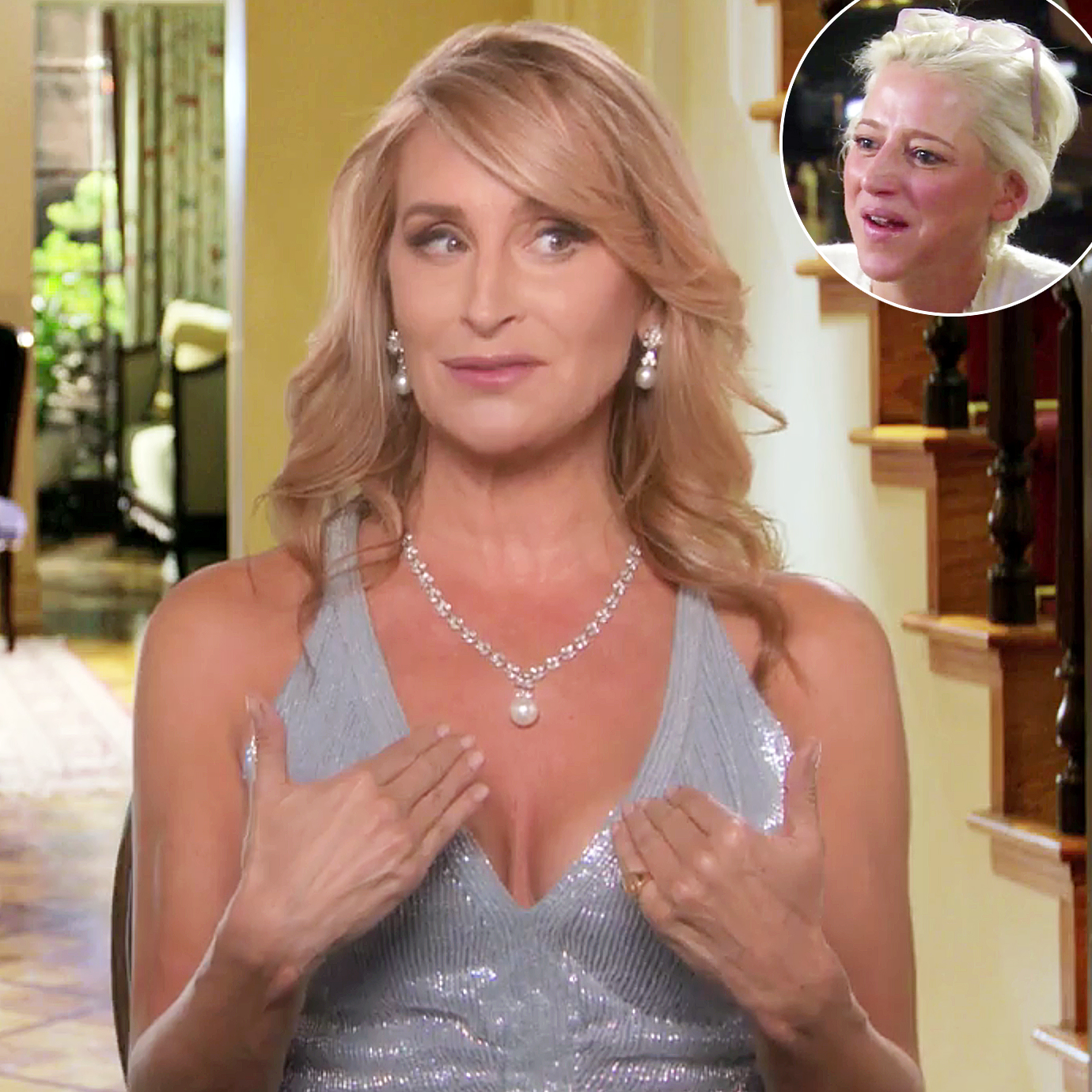 In her confessional, she then explains why she snapped. “I’m fed up because now she’s bullying. This is like when the girls wanted to beat me up in high school because they were jealous and I had to punch the kid out,” she explained.

When Bethenny Frankel tries to defend Sonja to Dorinda, she denies that that’s really her family crest. With that, Dorinda stands up and gets in Sonja’s face.

“I didn’t say that it’s not your family. You want to raise your voice?” she screams, approaching Sonja, while the other women look on in shock.

During last week’s episode, Sonja revealed that she wore her ex-husband’s family crest every day, to which Dorinda said she’d feel like an “idiot” if she wore her ex’s crest. “She’s not a Morgan, her daughter’s a Morgan. You don’t get a bloodline by injection,” Dorinda said in her confessional. “Just because you sleep with someone … I mean, my God, if that happened, she would have every title in the book.”

Bethenny then told Dorinda she kept her late husband’s last name, so it’s sort of the same thing. “You have the monogram on her luggage, she’s not allowed to have a deer on her f—king slipper?” Bethenny asked.

Mayans MC: What critics are saying about a lack of strong female characters