Many of the most significant moments in Wakey Wakey, a beautiful, confronting play to be staged by Red Stitch this month, are the simplest. Written by New York-based writer Will Eno, it's a two-hander in which Guy, the main character, is dying. 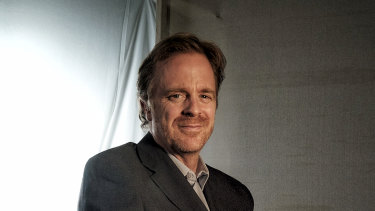 Rather than a bleak, existentialist offering, the show explores the spectrum of life – the huge and the humble, the poignant and the puzzling. In parts it's almost a soliloquy by someone contemplating their life through a rear vision mirror.

Guy (Justin Hosking) is joined by Lisa (Nicole Nabout), a nurse or carer: "I'm really just here to be here," she says as way of introduction. As well as looking after him, putting a cool cloth on his forehead and encouraging him to sleep when he's tired, she bears witness to some of his most intimate moments and observations about life.

Eno penned the script over five or six months, in stark contrast to his usually “aggravatingly slow pace”. At the time, he was playwright in residence at the Signature Theatre in New York, an off-Broadway theatre founded by Jim Houghton.

Houghton – who had set up and run the theatre for 25 years – died of cancer in September 2016. Eno was inspired by his friend and mentor to write the show, to celebrate his legacy. 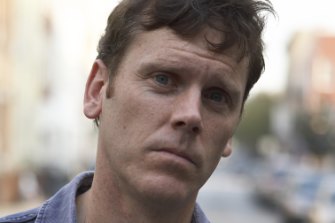 “Wakey, Wakey was just a thing that I started writing having lost this great, really wonderful person in my life, who I think about at least once a week. He’s really with me and I know he’s with a lot of people.”

Not long after Houghton, American playwright Edward Albee of Who's Afraid of Virginia Wolf fame, died. Eno had known Albee for a long time time; he cat-sat for him. “We almost never talked about writing. He always came to see plays, and said really nice things, we did some teaching jobs together. He was a great friend I think I can say … He was really inspiring to me, cos he was a guy you could say he had a bad decade or two. He would not describe it like that, he would say his plays were being produced in Europe. He kept writing, he was an inspiration.”

Around the time of losing these two friends, Eno’s young daughter was starting to speak. “That stuff was so present, both the miracle of us and the simple, hilarious beauty of being a kid and the crazy things that kids do.

"And the necessary and sad, but really hard, part … I hope that that seems authentic. I mean for that character to allow people to have feelings and to sort of gently nudge them this way or that way. I hope it’s not a play that seems to be wagging its finger at you but allowing places for you …"

He trails off but the idea seems to be to allow the audience space to contemplate these big issues. By no means does he profess to have all the answers, far from it. "I’m just a human being hanging on by my fingernails. I hope it’s a fun play and a rollicking play. I don’t want it to be too precious." 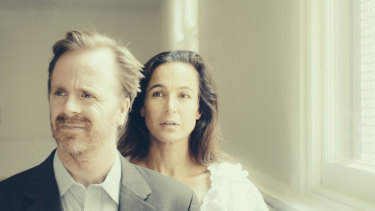 Eno came to playwriting relatively late. “I read my first Shakespeare when I was 27 or 28 and then went on a tear. Somewhere around 28 or 29 I wrote a few short plays. I was trying to write for a long time, something deep and indescribable drew me towards it but even then I went into it sideways and backwards. I had a lot of years of wondering what I was supposed to be doing – if anything.”

In the meantime, he did a lot of building and painting. “In terms of things I've done on earth, I’ve done carpentry and housepainting more than I’ve done anything – like school or writing. During that time I was trying to do things, I was making collages and things like that. Definitely searching and not really finding it for a while there.”

Coming to things later in life can clearly reap dividends. His debut play Thom Pain (based on nothing) was critically acclaimed; it was a finalist for the 2005 Pulitzer Prize for Drama.

After seeing Wakey, Wakey, theatre reviewer for the New York Times Charles Isherwood dubbed him “Beckett for a Jon Stewart generation”. While pleased with the idea, it’s an analogy Eno found amusing.

“It really, really surprised me, because Wakey, Wakey finished with balloons and disco lights and really loud rock music and little giveaway things being handed around and when people got outside in the foyer there was coffee cake and juice to drink and I meant that play as outward moving in favour of life and words and trying and understanding and love and all those things. So I was surprised, thinking ‘Well, except for the form and the content, maybe it’s like Samuel Beckett'."

At one point, Guy says: "Take care of each other." It's a simple yet powerful observation. In this the play mirrors something of what Eno has described as the simple, human stuff of Beckett: "It would be good for the theatre and for the world at large if there were more signs of [Beckett's] influence – his humaneness, invention, and humility."

For the show’s promotional material, Red Stitch chose the line: ‘People talk about life and death but really it’s just about life.’ Eno was happy about that. “It happens to have death as the sub-theme but I hope that life is the main theme.”

Wakey, Wakey is at Red Stitch from April 28-May 19. redstitch.net

Rihanna’s Been Thinking ‘A Lot’ About Having Kids– Will She Start A Family With Hassan?