Season 7 wasn’t quite Paradise for Kendall Long, but Bachelor in Paradise bartender and guest host Wells Adams can’t help but wonder if things could’ve played out differently amid her drama with Joe Amabile and Serena Pitt.

“I think that they both were there not for each other,” Wells, 37, tells Us Weekly exclusively of exes Kendall, 30, and Joe, 34. “I honestly do think that they were both over each other or realized that their lives would not be compatible moving forward, regardless of whether the love was still there or not. I do believe that Kendall was a victim of timing and I wonder what would have happened if the roles were reversed, and [if] Kendall came in first and Joe came in a little bit later and Kendall had created some really tight bond and Joe had to watch it from the wings.” 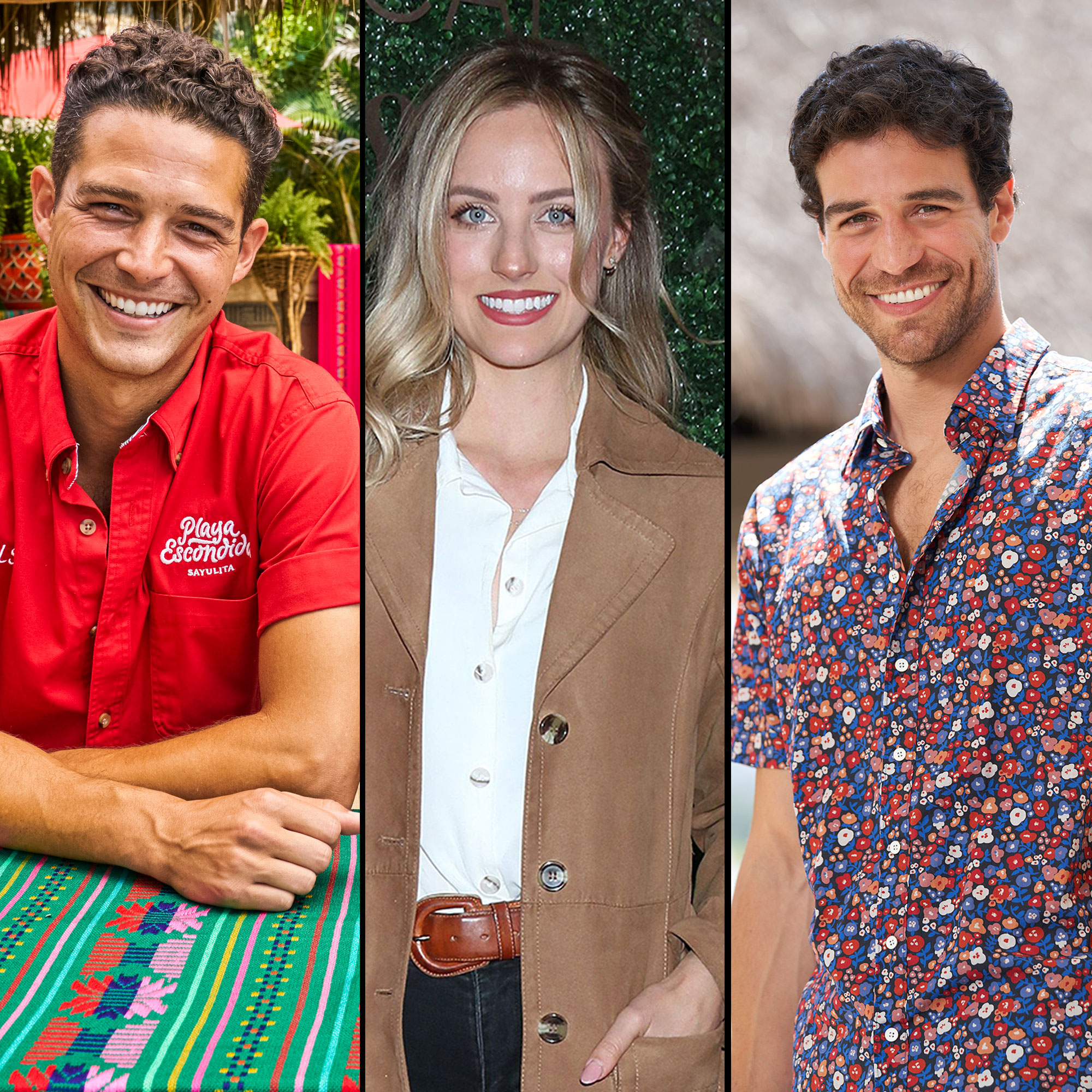 After forming a relationship on season 5 of BiP in 2018, Joe and Kendall moved in together in Los Angeles and dated for nearly two years, announcing their split in early 2020. When she arrived on the beach during the 2021 season, it appeared the Bachelor season 22 alum still had feelings for Joe.

“I wonder if things would have been different. I wonder if perception with the audience would have been a little bit different and I feel for Kendall because of that,” Wells continued. “And I just wished them both the best, cause they’re both really wonderful people and they deserve happiness.”

In addition to shutting down the possibility of reuniting with Kendall, Joe has moved on with Serena, 23. Wells names the Chicago native and the Canadian contestant as one of the strongest couples on the beach.

Stars Who Have Dated Bachelor Nation

“They’ve had the most crap thrown at them. … Kendall, just being there, just watching and being like, ‘What are you guys doing now?’ The fact that they’re still there, like, if I was Joe, I would’ve been like, ‘Get me out the hell outta here. I gotta go back to Chicago and sell sauce,’” he said. “So that’s amazing, but the sexiest couple — and this is my sixth year doing this — I’ve never seen such sexual chemistry as I have with Riley and Maurissa. It’s hot, you know, I’m, like, waiting for the PornHub theme song to play every time they walk up.” 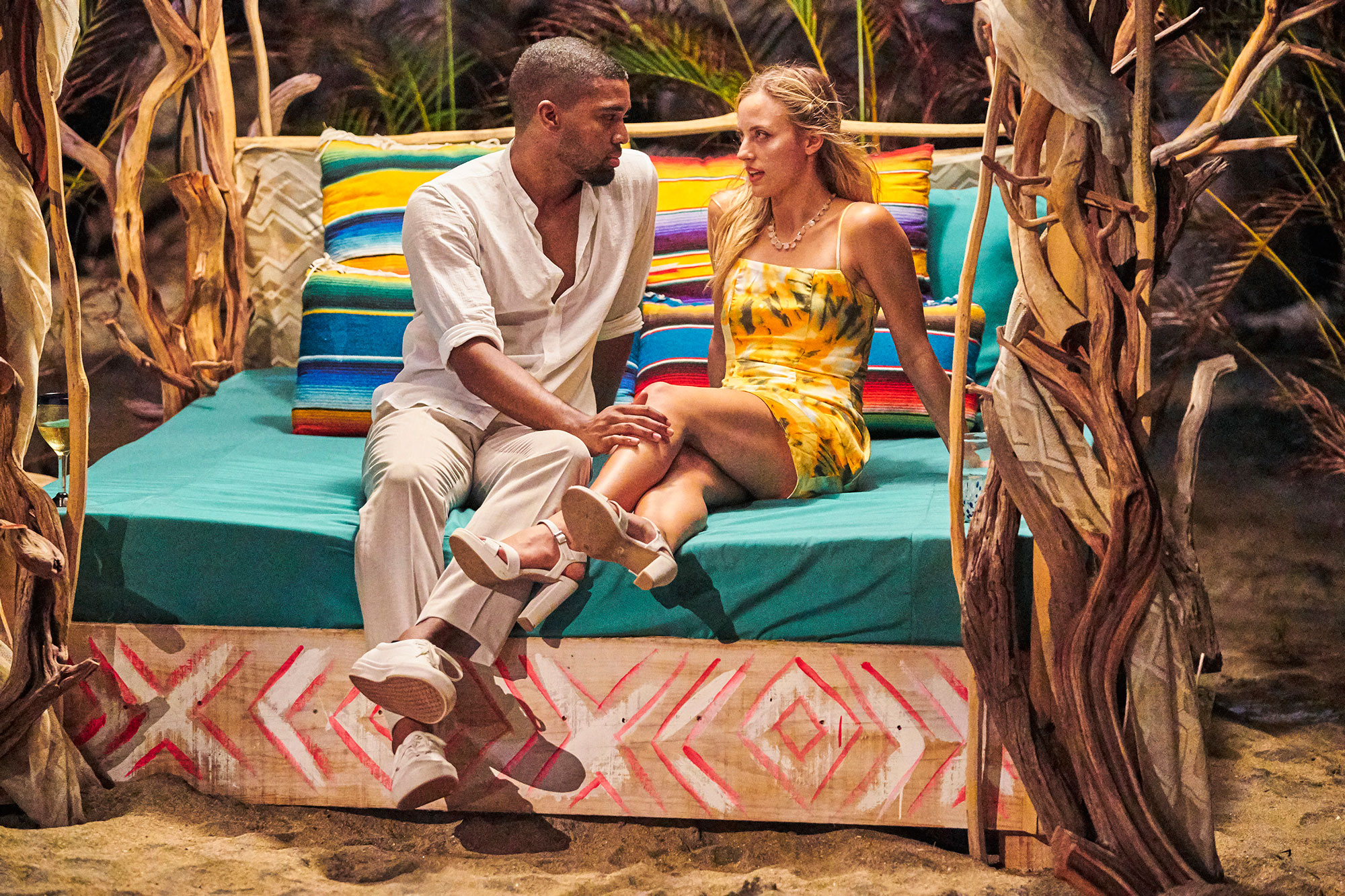 Wells added that his remarks about Riley Christian and Maurissa Gunn aren’t meant to be a “gross voyeuristic thing,” but rather a sign that the show is “working,” explaining, “That’s what we’re trying to have people do is fall in love and just be, like, so lost in the sauce. I love them for that.”

With two weeks left of BiP, Wells warns fans to “buckle in” as there’s “a lot of craziness [that] happens in these next two episodes and they’re both three-hour episodes,” including something that will “probably never happen again.”

“And if not for some crazy circumstances, it would have never happened this year,” Wells, who is guest hosting the Tuesday, September 28, episode of BiP, tells Us. “And this is the thing that I’ve been talking about the entire time. I think in the tease, you see me kind of Ivan [Hall] and we have to go down and talk on the beach. And I think everyone’s going to be blown away with what happened and what ends up happening because of that conversation.”

Bachelor in Paradise airs on ABC Tuesdays at 8 p.m. ET. For more from Wells, watch the video above!

Bad Bunny, Maluma and More Latino Artists Whose Fashion Is Just as Bold as Their Music