WETHERSPOONS boss Tim Martin has warned that introducing vaccine passports to get a pint would be the "last straw" for struggling pubs.

The outspoken pub boss said there was "no justification" for a passport system for visiting boozers. 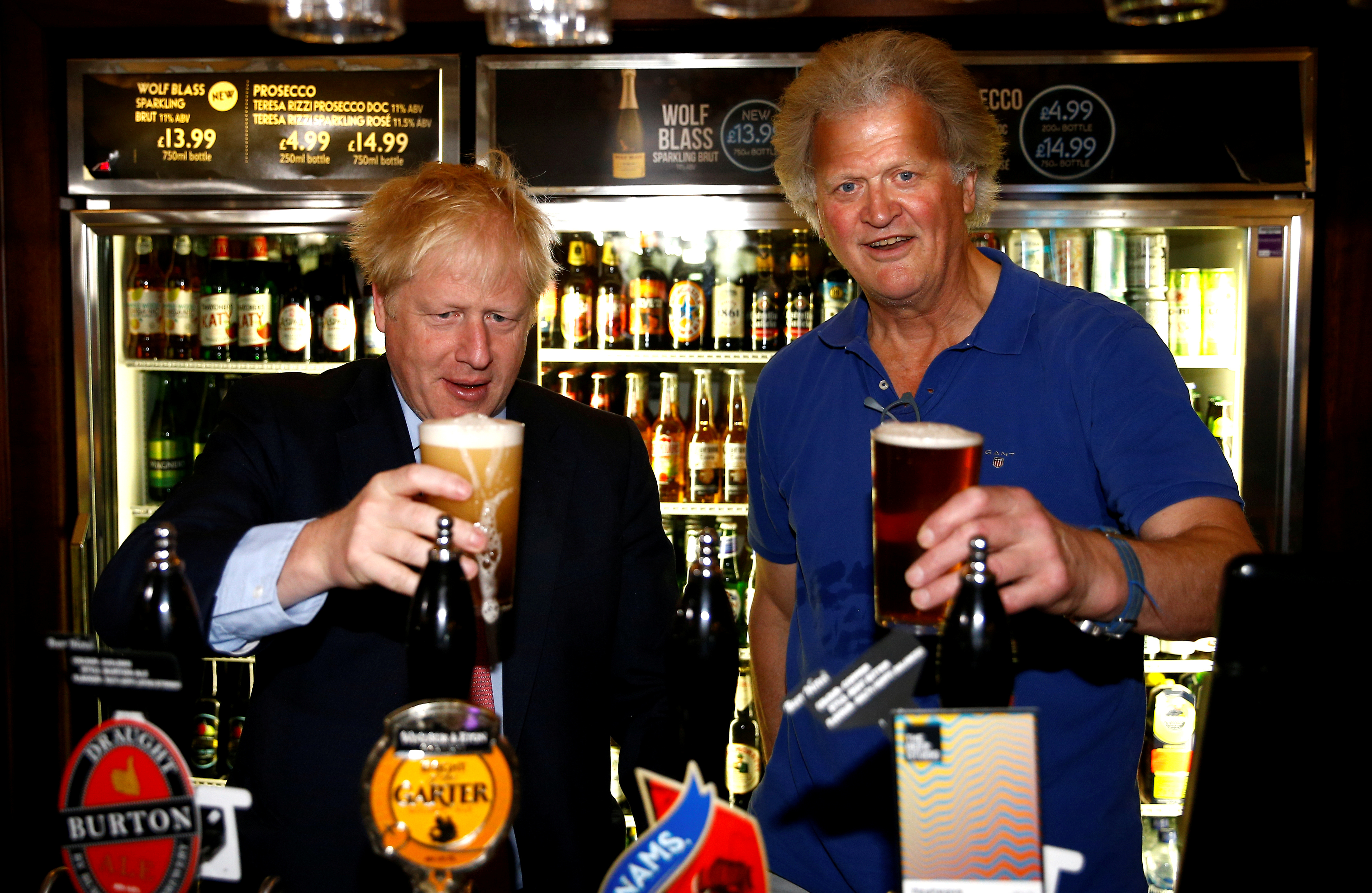 Writing in the Telegraph newspaper, Mr Martin said: "For many pubs, hanging on for dear life and devastated by G-force changes of direction, a complex and controversial passport scheme would be the last straw."

An estimated 12,000 bars, pubs and restaurants have closed since December 2019 as coronavirus takes its toll on the industry.

Vaccine passports have been mooted for holidaymakers and pub-goers as the country is lifted out of lockdown.

Drinkers would have to show proof of getting the covid jab or a recent negative covid test before being served a pint.

Mr Martin added that a passport scheme for pints would "inevitability put pub staff in the front line of a civil liberties war" because some drinkers will not have the jab, some for medical reasons.

He branded the vaccination passport idea as "fanciful and disproportionate" and highlighted the success of social distancing measures and hygiene practices introduced by pubs last year.

Mr Martin said: "Wetherspoon recorded over 50m customer visits from July to December without a single reported case of a virus outbreak among customers, as defined by the health authorities."

What are the rules at pubs after lockdown?

ONCE pubs reopen, the government has scrapped the hated 10pm curfew.

Punters also won't have to buy a "substantial meal" when they order an alcoholic drink.

Like before, pubs and restaurants will have to offer table service and face masks must be worn by staff and customers when not sat at a table.

Pubs will also be allowed to offer takeaway pints, something which was banned during lockdown.

From April, customers will only be allowed to sit outdoors with table service.

From May 17, customers will be able to sit inside but pubs must continue to offer table service.

When sitting inside a pub, the rule of six, or two households mixing, will also apply

Boris Johnson is hoping to iron out details of passport plans ready for an announcement on either April 5 or April 12.

The PM said last week "no decisions have been taken" yet on vaccine passports.

He also indicated that it could be left up to individual pub landlords.

Wetherspoons is the latest chain to speak out against the passport plans.

Greene King, Marston's and Mitchells & Butlers are among the pubs who won't be imposing Covid vaccine passport rules on punters.

A number of the UK's leading pub chains have slammed the idea as "impractical", "discriminatory", and "unacceptable".

Many told The Sun they will not be forcing the rules on customers when beer gardens reopen on April 12, if they have a choice.

She added: "We do not believe a requirement for pubs to check whether someone has had the vaccine would be appropriate or necessary."

Tradebody UKHospitality said the passports would be a backwards step in plans to ease the country out of lockdown.

People can head to pubs and restaurants to eat and drink outside from April 12 and indoor dining will be allowed from May 17.

The government has ditched planning rules so thousands more pubs will be able to put up gazebos and marquees to attract punters.

Huawei P40 Pro: Why you could REALLY regret not ordering your phone today