Home » Lifestyle » What did Harry really say to Meghan in the church? Duke whispered this to wife expert says

Meghan Markle and Prince Harry stole the show at the Commonwealth 2020 service yesterday. The pair arrived, co-ordinating in green, a few moments before Kate and William.

It has been claimed that the couple were upset after reportedly being left out of the Queen’s procession in the service at Westminster Abbey.

The Order of Services for the event listed William and Kate in the royal party, but not the Duke and Duchess of Sussex.

It is claimed that to ease tensions, at the last minute Prince William and Kate walked in separately to the Queen.

This saw the Cambridges and Sussexes come face to face in a moment that has caused much speculation. 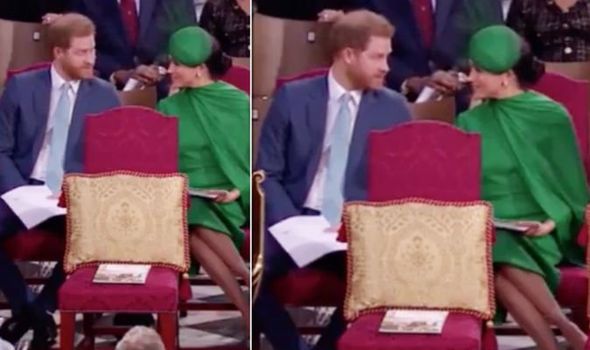 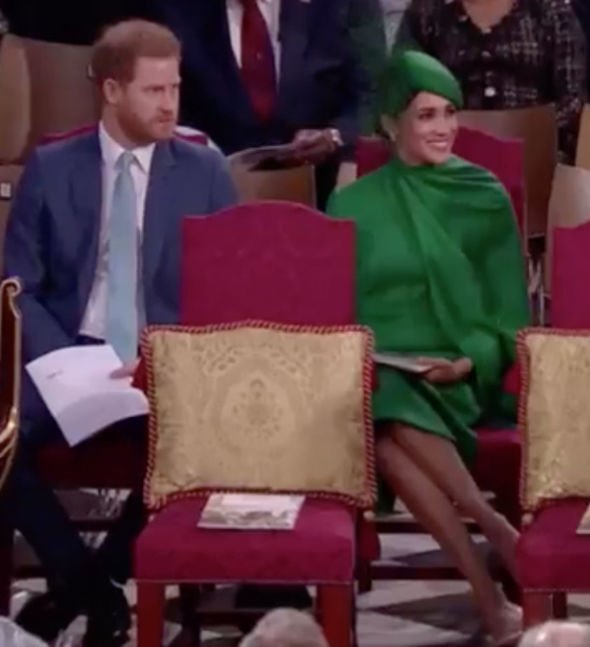 Moments after the interaction, Harry could be seen leaning over to his wife and saying something quietly.

What exactly did he say? Nick Davies, a body language and lip reading expert gave Express.co.uk his professional opinion after analysing the clip.

While Harry’s precise words can’t be made out, we can get an idea of what he was saying.

Nick said: “I can’t lip read because of the poor quality of the video, but reading what I can see and the gesture he makes with his head is likely to be a quip, something like ‘Well, this is awkward…shall we go!’, (moves head to gesture towards exit).”

Nick also gave some insight into Meghan’s thoughts, claiming: “Meghan’s knees are still pointed towards Harry as that’s where she feels safe, when she says hello to William and Kate, but this shows real inner conflict from her duty to be nice to them, when inside she feels completely disengaged to them.”

Another expert claimed Harry said something else to Meghan.

Speaking on ITV’s This Morning, Camilla Tominey claimed Harry said to is wife: “He literally said: ‘Hello, Harry’ and that was it and he didn’t say anything more than that.”

Whatever your interpretation is, experts agreed the brothers did not seem friendly. 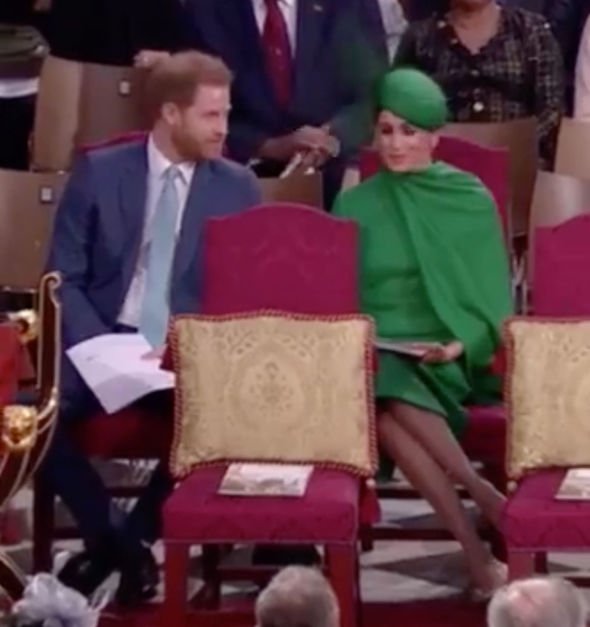 Body language expert analysed Harry and William’s behaviour at their last event together.

She said: “For everyone longing to see a warm reunion between brothers William and Harry at this last public outing there was some disappointment.

“Several of their behaviours echoed avoidance techniques that have been visible at other events over the past few years and their greeting when it did come involved a brave but rather tense smile and ‘hello’ but no later rituals of chatting or bonding before Harry takes his leave.”

Harry appeared nervous, according to the expert. 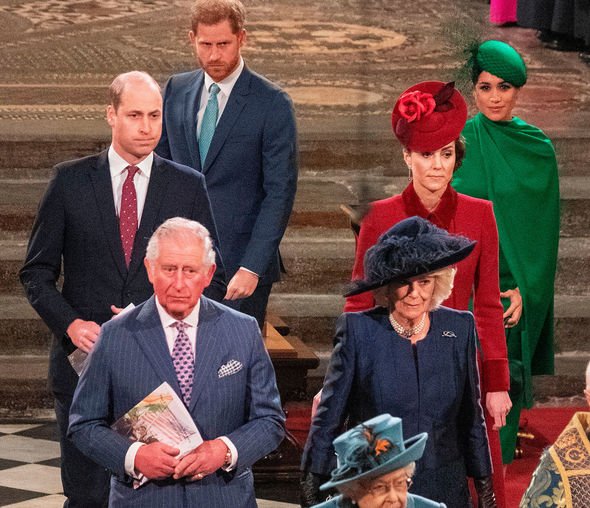 Judi added: “On the way into the Abbey Harry performed several signs of tension, keeping an unsmiling expression and clutching at his wedding ring the moment he dropped the hand clasp with Meghan, suggesting he was missing her already even though she was still at his side.

“His barrier gestured increased along with what looked like metronomic tapping rituals with his hands and his programme of service.

“Prince Edward did a great job of keeping both Harry and Meghan chatting but it was clear the proximity with William was producing some signs of increased tension.”

Despite the dour faces, Harry and Meghan posted a positive message on their Instagram account to their 11m followers.

They wrote: “As President and Vice-President of the @Queens_Commonwealth_Trust, The Duke and Duchess of Sussex have been passionate advocates of the Commonwealth having spent many years working closely with the next generation of Commonwealth leaders.”

Elizabeth Olsen: My Sisters and I Were Raised to Be ‘Empowered’ Women