Home » Lifestyle » What's the best way to stand up for your partner if someone insults them? 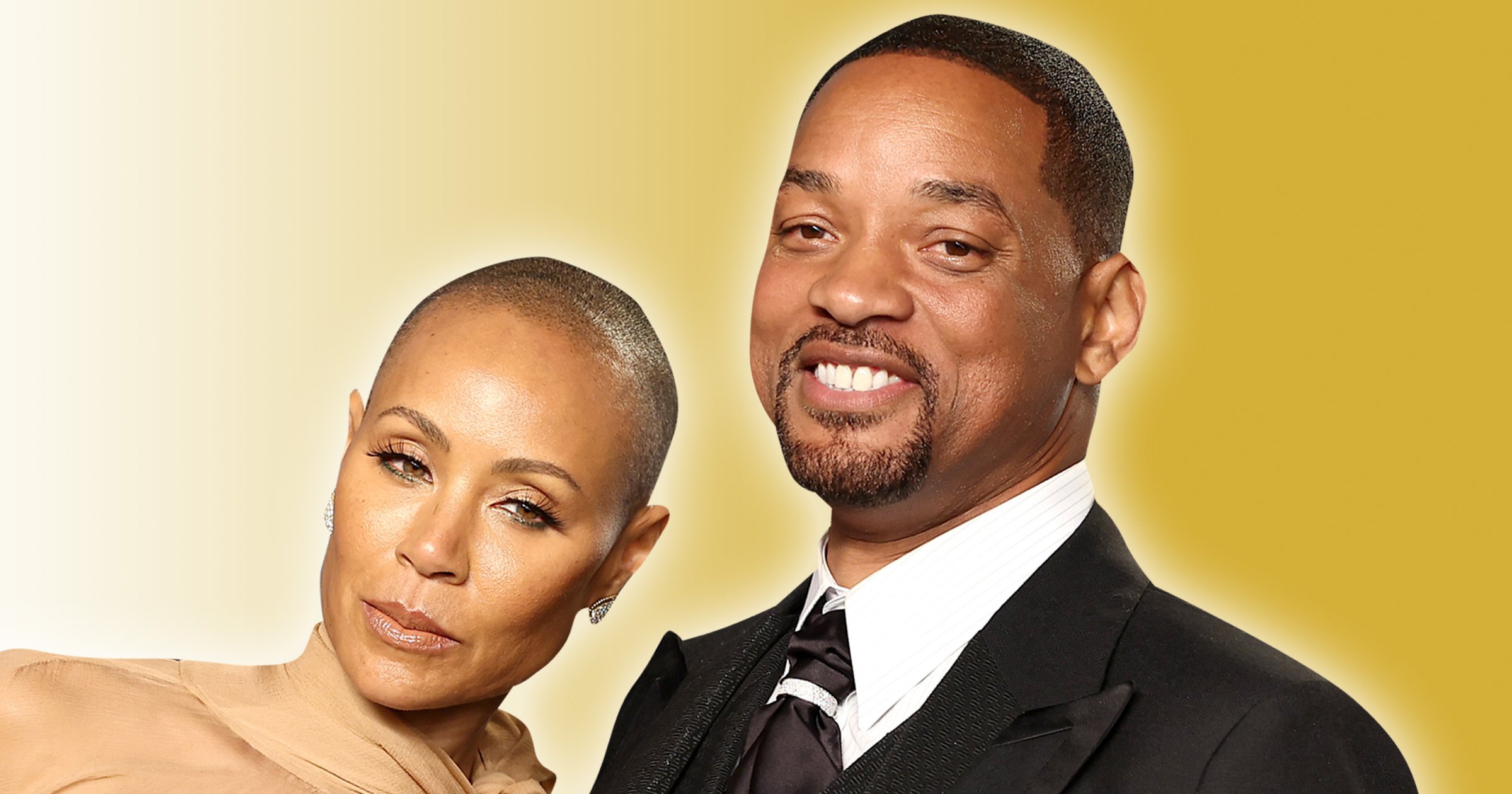 It was a moment that will go down in Oscars and Hollywood history. By now you will have seen the clip. Probably lots of times.

In reaction to Chris Rock joking about Jada’s hairstyle (which is known to be a linked to her alopecia), Will stormed on stage, slapped the comedian hard in the face before walking back to his seat.

He then yelled; ‘keep my wife’s name out of your f***ing mouth.’

The internet is divided. Some have condemned the act of aggression, calling it the ‘ugliest moment’ in Oscars history. Others have sprung to Will’s defense, calling out Chris Rock for making fun of Jada’s illness and praising the Oscar winner for ‘protecting his wife’.

What is being lost in these Team Will vs Team Chris debates though, is Jada. The woman at the centre of the drama. She is yet to speak publicly about what happened, but some have wondered whether her husband’s reaction was in fact helpful and protective – or simply made things worse.

When you’re in a relationship, what should you do if your partner is being insulted, made fun of or abused in any way?

Many people know what it feels like to have someone spring to your defense when you haven’t asked them to, and sometimes it can make the whole experience more embarrassing, and escalate things unnecessarily.

However, if you’re being insulted and your partner sits there and says nothing, or worse, laughs along, that’s likely going to feel pretty awful as well.

So, how do strike the balance and give your partner the support they need – without making the issue about you and your anger?

‘I think it’s reasonable to expect that a partner would support you during times of distress,’ says Naomi Segal, couples psychotherapist and founder of The Couple Consultancy.

‘What that support or “sticking up for” looks like, however, depends on what your partner needs in that moment. For some, this may be soothing after an incident, for others it may be for a partner to represent them at times when they feel unable to do it themselves.’

Naomi says that what support looks like will be different for every couple, and will also depend on the circumstances of the situation.

‘Watching your partner get verbally or physically attacked is likely to create quite a strong emotional reaction in you too, so in that sense, it’s something that is happening to both of you in different ways, not just the person who is the subject of the attack,’ she explains.

‘This means you may both be having a different, strong emotional reaction to what’s happening that needs to be managed.’

If the issues isn’t an immediate physical danger, Naomi says it may be useful to first check in with how you’re both feeling about the situation and see what support your partner needs.

‘This allows you both to establish a supportive emotional connection and agree between you what is an appropriate response, so you can feel as though you’re facing it together,’ she says.

‘Anger and violence are different things.

‘Anger is an emotional reaction, violence is a physical one. Feeling angry about an injustice may be a normal emotional response in some situations. Violence may be an enactment of that anger, as could, say, running away or feeling frozen, it depends on the individual. However anger often covers up some sort of emotional hurt, and it’s the hurt that eventually needs to be addressed.’

Relationship coach Liam Barnett agrees that you should stick up for your partner, but only after you have given them the opportunity to stick up for themselves first.

‘Reacting immediately could make them feel inferior and weak towards the person that is insulting them,’ says Liam.

‘If you notice that they need help, then you can interfere by drawing some boundaries. Make them notice the person who’s insulting them that what they’re saying or doing is wrong.’

But he adds, willingness to support and stand up for your partner is one of the most important elements of a healthy relationship: ‘It helps you balance the relationship, reduce stress, increase happiness, and create better communication or bonding.

‘You’ll know that no matter what, you have their support to make things work.’

In Jada and Will’s situation, there can be doubt that the intention there was to stand up for his wife and to shut down the disrespect caused by the joke. However some have asked whether it wouldn’t have been better to settle the matter privately or after the ceremony.

‘This depends,’ says Naomi. ‘Making a public statement may be a useful way to educate people about something that is misunderstood or misrepresented.

‘However for this to be effective it often requires a certain amount of vulnerability to express why what has happened was hurtful, which violence doesn’t really allow for.

‘Privately, it will probably be useful to take the time to work through the feelings that come up in relation to the incident so they don’t become an emotional blockage.’

Is there a risk of embarrassing your partner further if you decide to escalate a situation, call someone out or get angry? It can be hard to know whether reacting in this way could actually be worse for your partner – even if that isn’t the intention.

‘If there isn’t an agreement between you about how you would like to respond as a couple, it carries the risk of lots of unwanted emotional reactions, embarrassment being one of them,’ says Naomi.

‘Often, people will look to their partner to provide some sense of emotional security, without which you may feel exposed. If a partner reacts in a situation outside of what you have agreed or would expect of them, it may leave you feeling even more emotionally isolated in the incident.’

Ness Cooper, a sex and relationships expert, tells Metro.co.uk that communication is at the heart of this issue. The more you talk to your partner, both before a negative interaction occurs, and in the immediate aftermath, the better prepared you will be to respond in a way that works for you both.

‘Standing by and present with someone during moments of insult can be just as powerful, if not more powerful than standing up to insults and going with your fight or flight response,’ says Ness.

She makes the point that when you fight back against insults levelled at your partner, it doesn’t always mean you have processed how your partner actually feels about the situation.

‘The partner defending and following their fight or flight reaction may only be presuming that their actions are what their partner wants,’ she adds. ‘Their actions may also be based on an unrealistic fantasy expectation from stories of valour and honour, which don’t actually address the underlying reasons why something may have insulted your partner and why.

‘Being present and listening to your partner because something may have insulted them can be a better approach to automatically presuming your partner’s feelings around the situation.’

Rather than jumping in all guns blazing, Ness suggests taking a moment to your partner how they would like you to react during moments of hurt or insult.

‘Not everyone enjoys witnessing violence and this could actually make the experience more traumatic and hurtful to some,’ she explains.

‘Even if you do react with violence when defending your partner, you have to think how it could affect them. Plus, getting hurt in the process may make it more painful for your partner to go through and could even make them feel guilty that you had to defend them.

‘Reacting with anger or violence can mean that you miss being present with your partner when they need you, whether this is just to sit with them during moments or talk with them about the situation.

‘Sharing your feelings about what just happened can show a special kind of vulnerability that can help you bond with a partner.’

Rush Hour Crush – love (well, lust) is all around us

Tell us about your Rush Hour Crush by submitting them here, and you could see your message published on the site.

Female Directors Made $1.7 Billion at the Box Office in 2019

Why is Denmark minimum wage trending?