Home » Lifestyle » Why Is Prince Andrew Still the Duke of York After His Other Titles Were Stripped?

Following the conviction of Jeffrey Epstein’s former associate Ghislaine Maxwell on several counts of recruiting and grooming underage girls for sexual encounters with the late financier, all eyes were back on Prince Andrew.

Queen Elizabeth II‘s second-oldest son, who was once friends with both Epstein and Maxwell, has been accused of having sex on multiple occasions with one of Epstein’s alleged victims when she was a minor. That led to calls for the removal of Prince Andrew’s titles and on Jan. 13, the queen did just that. However, there is still some confusion as to why after his military titles, royal patronages, and “HRH” were taken away he’s still the Duke of York. Here’s more on that, and what residents in the city of York are saying about Andrew retaining that title.

Why Prince Andrew still has his Duke of York title

After the ruling that a civil case against Andrew filed by his accusser will move forward, the prince’s mother was left with no choice but to take away his military affiliations and patronages.

In a statement Buckingham Palace said: “With the queen’s approval and agreement, the Duke of York’s military affiliations and royal patronages have been returned to the queen. The Duke of York will continue not to undertake any public duties and is defending this case as a private citizen.”

It was also reported that Andrew can no longer use “His Royal Highness.” So why is he able to keep the Duke of York title? According to the Guardian, the only way to strip Andrew of his dukedom requires an act of Parliment.

Andrew has held the title since 1986 when he married Sarah Ferguson. Before him, Queen Elizabeth’s father was the Duke of York.

There are many people who aren’t thrilled that Prince Andrew is still the Duke of York and now calls are growing for that title to be removed as well. Perhaps no calls are louder than those of the residents in the city of York who have started the hashtag #NotInYorksName.

For the prince to remain the Duke of York is “an association we no longer feel is appropriate, and is surely not in the benefit of our city,” Darryl Smalley, a Liberal Democrat and senior member of City of York Council, told Sky News. He added that those who live in the town are “very unhappy” Andrew still has his dukedom and said it “seems strange to a lot of us here in York.”

Rachael Maskell, the Labour and co-operative MP for York Central, echoed that tweeting: “It’s untenable” for Andrew to “cling onto his title another day longer; this association with York must end. There’s a very serious allegation made against this man of privilege & entitlement. I’m working with agencies to tackle sexual violence & misogyny.”

Why is Andrew’s ex-wife, Sarah Ferguson, still the Duchess of York? 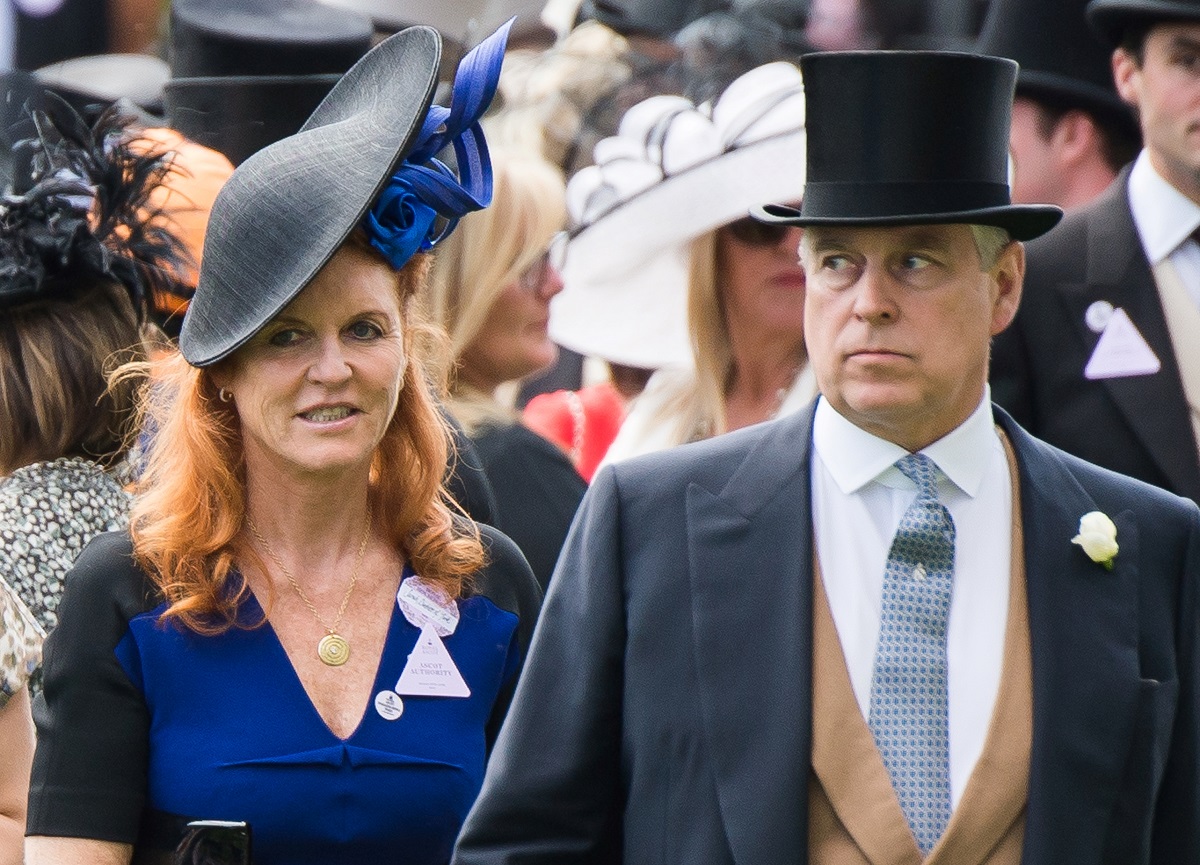 Another question many royal fans have is about Andrew’s ex-wife who still uses the Duchess of York title even though her marriage to the prince ended in 1996.

Closer Weekly reported that following their divorce, Sarah was allowed to retain that duchess title as was the custom. An issue that was raised is that she continued to use the style “Her Royal Highness” as well, so the palace sent out a letters patent regulating post-divorce royal titles. It stated that Fergie could not use HRH anymore since she was no longer married to Andrew. However, she would still be officially known as Sarah, Duchess of York but if she were to ever remarry that title would be removed from her name.

Now, it remains to be seen if she and Andrew will keep those duke and duchess titles.