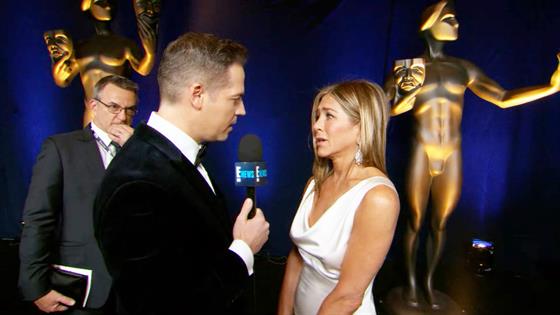 All eyes were on Jennifer Aniston at tonight’s 2020 SAG Awards.

The A-lister took home the award for Outstanding Female Actor in a Drama Series for her role in The Morning Show, marking her first TV nomination since Friends dominated the SAG Awards throughout the early aughts. Such a moment did not gone unnoticed by Jen, who spoke to E! News exclusively while making her way down the winner’s walk backstage.

“And now I’m getting a really good workout in!” the star teased, referencing her heavy SAG Award statue. Ah, the lifestyles of the rich and the famous.

Aniston then expressed her gratitude for the entire “freaking cast and the crew” of The Morning Show, telling us she’d forgotten to thank the “extraordinary Steve Carell, Mark Duplass, Karen Pittman, Bel Powley, Billy Crudup.”

Between her big win and that little ‘ol reunion with Brad Pitt that just about broke the internet, we think it’s safe to say Aniston is having the night of her life. 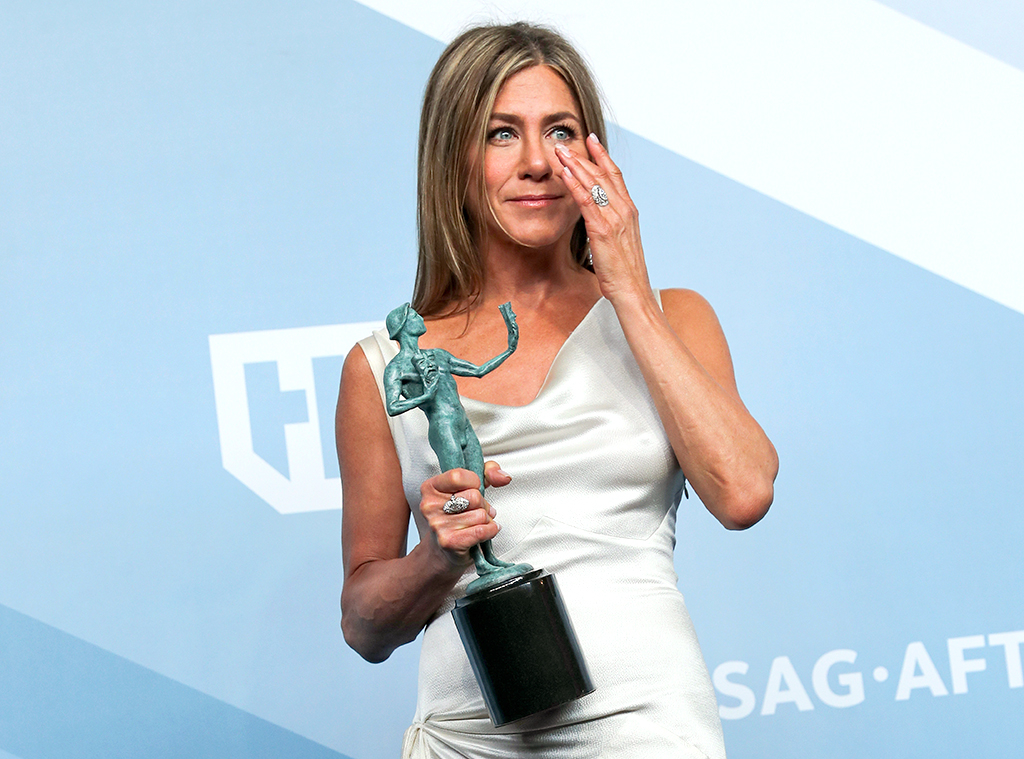 For more from Jen, press play on the video above!

Check out the complete list of winners at the 2020 SAG Awards right here.