They shot to fame on the Gogglebox sofa at The Salutation, the seaside hotel and family home they spent five years renovating. But months ago, the hotel — run by a new team — shut down. Today, Steph and Dom reveal: Why we’re saying a bittersweet goodbye to our dream family home

Steph and Dom Parker never planned on becoming hoteliers. Like so many things in their zany lives — blooming as Gogglebox television stars, becoming Inspire’s agony aunt and uncle — it just seemed to happen.

Consider the evidence. They bought The Salutation, a beautiful mansion then worth £2.6 million in Sandwich, Kent, on an utter whim in 2004. ‘We just fell in love with the place,’ says Dom. ‘It was like finding gold in a river. We just thought, oh my God. We must have it!’

They then spent five years and several millions more restoring the house and gardens, both designed by Sir Edwin Lutyens, to their former glory.

One weekend they put up some American golfers playing at the nearby championship course. That was the oh-so casual beginning. Before you could say lemon drizzle, they were running a tea shop, garden tours, a restaurant and a 17-bedroom boutique hotel. ‘We must have been insane,’ says Steph today. 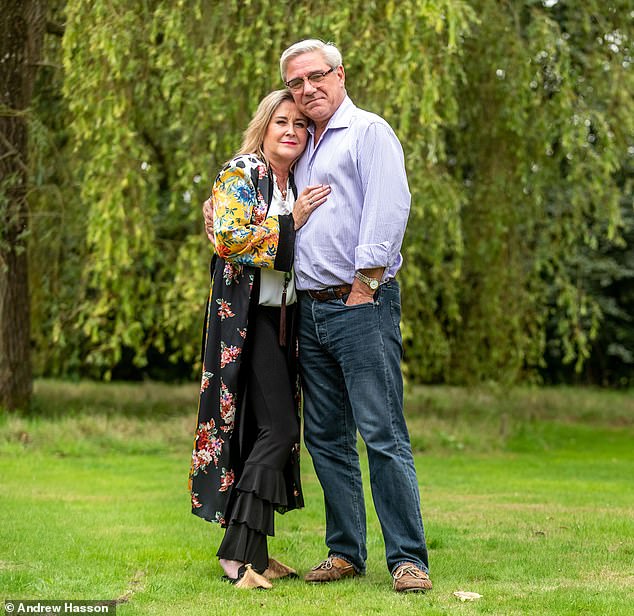 Steph and Dom Parker (pictured) who bought The Salutation in Kent in 2004, reflected on their time at the mansion as they set up a new family home

There were good times and bad times, but the Parkers knuckled down and learned as they went along. And one thing they learned quickly was never to host special Valentine’s Day-themed dinners.

‘There were always problems and rows. Boyfriends dumping girlfriends and driving back off to London leaving them sobbing, that sort of thing,’ says Dom.

While some guests wept, others were overcome with passion. One year a couple dragged an ornamental rocking horse from the landing into their bedroom and woke everyone up by attempting to have sex on it. That was until Dom hammered on their door and horse-napped it back. ‘It was our children’s’ toy,’ wails Steph. ‘I could never look at it in quite the same way again.’

One year a woman got up from the dinner table and returned to her date wearing a fur coat. ‘Happy Valentine’s Day, darling,’ she said, and threw open her coat to reveal that she was wearing nothing underneath.

‘Several of the guests complained,’ says Dom. Well, hardly surprising, I venture. Surely that’s enough to put anyone off their heart-shaped fillet steak and chocolate-dipped strawberries.

‘No!’ he cries. ‘They were complaining about the fur coat, not the nudity.’

However, don’t get the wrong impression. The Salutation was mostly known for its fine Sunday roast lunches, genteel afternoon teas and the splendour of its dahlias — not for any frisky business in the upstairs paddocks.

Guests have included Nigel Farage, Emily Blunt and Prince Andrew (I’m saying nothing) and it was also where the couple filmed their contributions to Gogglebox; the Channel 4 television show that propelled them to fame as the posh couple with the brimming glasses and witty repartee. 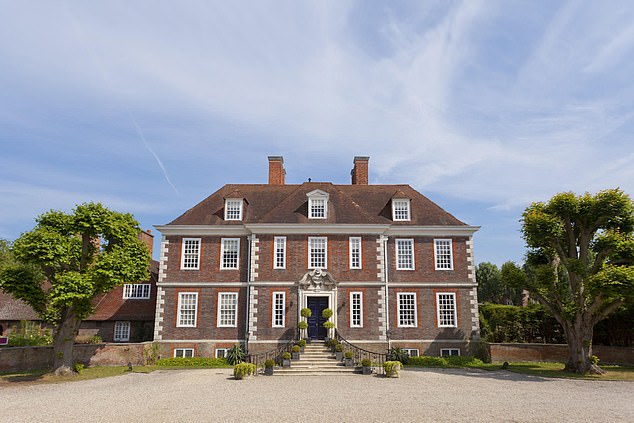 They would review programmes sitting on the Parker Knoll sofa next to the drinks table, where Dom mixed the kind of Bloody Marys that should be banned in a low fly zone and Gigi the dachshund slept through it all.

The Parkers actually first appeared on television in 2013, when they took part in the reality show Four In A Bed, in which rival guest house owners review each other’s hospitality offerings. Steph didn’t want to do it, but Dom thought it would be good for business. He was right.

The day after the show was broadcast they received more than 300 bookings — and never looked back. The Salutation became even more popular during their Gogglebox heyday, where guests would queue up to have selfies taken on the famous sofa.

However, Steph now reveals it all became a bit of a strain. ‘You are running the place, but you are the star attraction, too.

‘I found it rather overwhelming. You are always on show, 24/7. You can’t even storm along a corridor in a bad mood.

One night in the bar this woman screamed when I walked in: “Oh my God. You look so fat on the telly.”’ She shrugs. ‘I suppose it was a compliment.’

The guests often wanted to party with them, too — another source of conflict. ‘At a certain age, you have to hang your liver up at some point,’ she says.

Everything changed in 2016, when the Parkers handed over the day-to-day running of the hotel to a management company and moved to the capital to focus on their television and media careers. 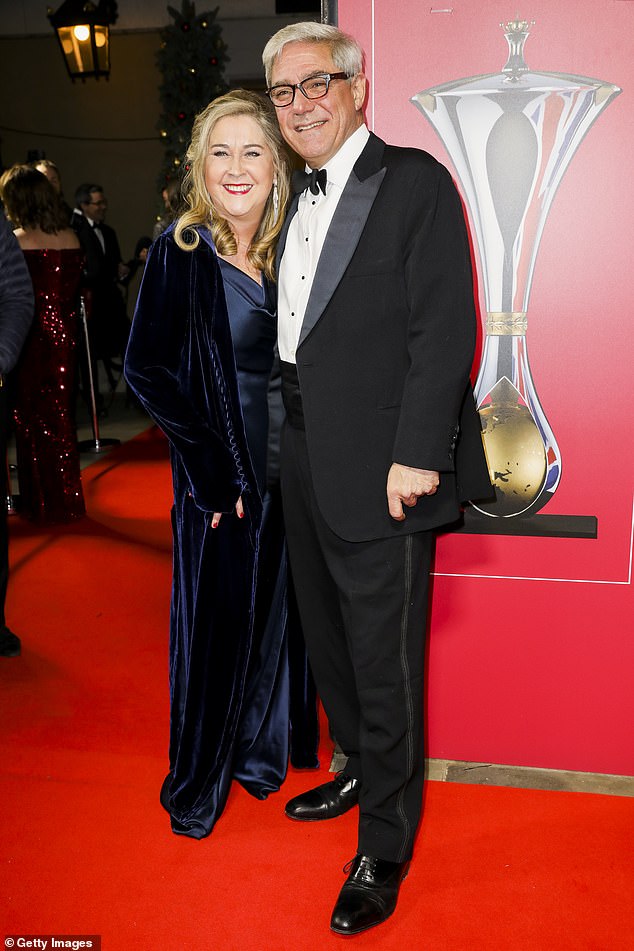 They still own The Salutation — and were worried when rumours began circulating in January that the hotel was in trouble.

‘I heard through the grapevine that it had closed,’ says Dom. ‘I rang them up to ask if it was just for a couple of weeks for maintenance or if it was worse.’

It was worse. Much worse.

The Salutation has gone bust with the loss of 33 jobs — and several guests have been forced elsewhere for accommodation. ‘It is very sad,’ say the Parkers.

The hotel has been managed by John and Dorothy Fothergill who took out a five-year lease on the business in 2016, under the aegis of their company, The Salutation Hotel Ltd. Several erroneous reports have stated that it is the Parkers themselves who have gone into liquidation but on the contrary, they are among the principal creditors — Dom estimates he is owed ‘somewhere upwards of £400,000’.

And although amenable to further leasing arrangements, the Parkers have put the 17- bedroom hotel plus its 3.7 acres and 60-cover restaurant on the market for £5 million.

‘We will be sad to sell, but we are so proud of what we achieved there,’ says Steph. ‘We rescued a house and a garden that was dying, we brought it back to the nation’s attention and we did it all by ourselves.’ 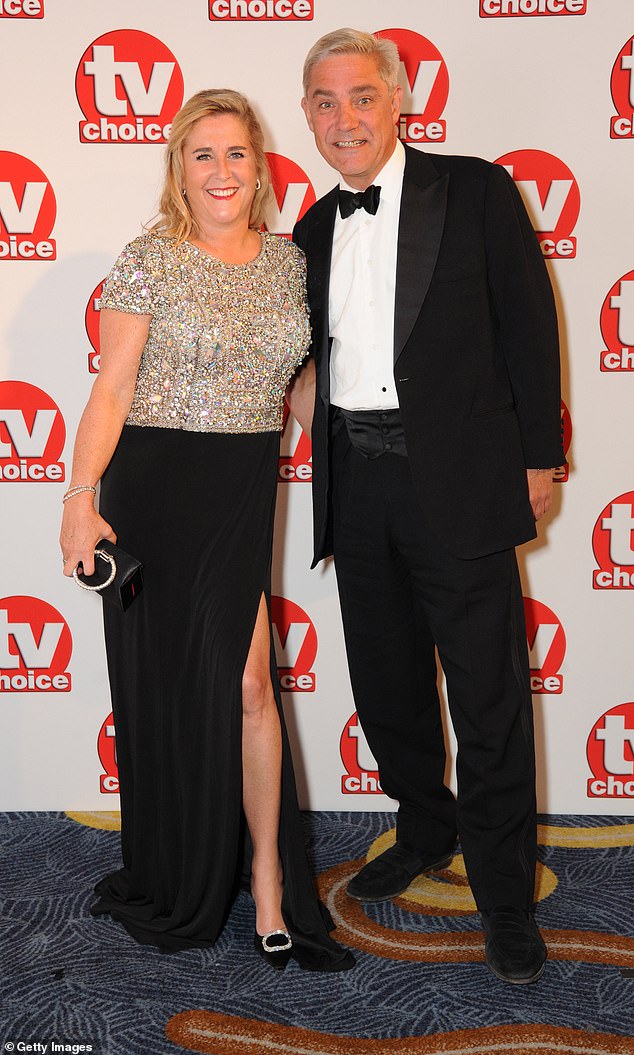 The Parkers (pictured) decided to turn The Salutation into their family home, after selling their previous house for a good profit

It is certainly a special place. Designed in 1911 by Sir Edwin Lutyens in Queen Anne style, it was built as the country home of the Farrer brothers, three rich siblings from the famous law firm Farrer & Co.

In 1950, it became one of the first 20th century buildings to be given a Grade I listing.

‘I loved it on sight because it was like the Queen’s Dolls House, which Lutyens designed, too,’ says Steph. Lutyens also designed the gardens but they were an overgrown mess when Steph and Dom took them on and employed Steve Edney as their head gardener. The gardens went on to win awards at both Hampton Court and Chelsea Flower Shows and now house the national dahlia collection.

You’ve got to wonder. Why on earth did a pair of amateurs like them embark on such an ambitious project?

They had refurbished and sold their previous house for a good profit and thought, why not? ‘It was a long haul to drag it back to its former glory. I didn’t realise it wasn’t just going to be painting the walls, it became a full restoration project. The builders were on site for nearly five years,’ says Steph.

It was their family home, too. Son Max, 19, and daughter Honor, 16, spent their childhoods here, although Max was often away at a specialised boarding school. Max has had severe epilepsy since he was four years old, and can have more than 100 seizures every day.

In a 2019 documentary called Can Cannabis Save Our Son? (C4) Steph and Dom explored the contentious subject of medicinal cannabis, in the hope it might alleviate his suffering. He has now been taking it since March last year, and his parents report an improvement. 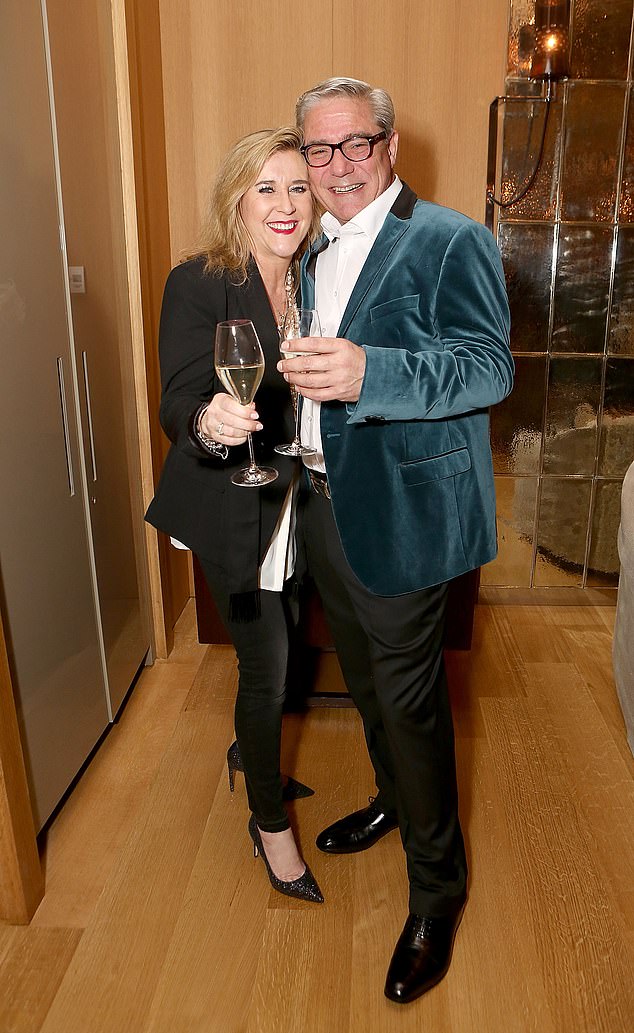 Steph and Dom (pictured) recall talking to Nigel Farage over an al fresco barbecue supper, during his visit to the hotel

So much of their own history is wrapped in this building. When Max was a toddler, Dom fondly remembers putting him over his shoulder and carrying him up the 73 stairs to the nursery on the top floor every night. Steph almost weeps when she remembers the flood of 2013 that nearly ruined the garden. And somehow the honeyed bricks and architectural splendour also provided the launch pad for their television careers.

My favourite show of theirs was a marvellous one-off when Nigel Farage visited The Salutation, which is in the constituency of South Thanet which he planned to contest in the 2015 General Election. Steph and Dom ‘interviewed’ the then UKIP leader over an al fresco barbecue supper of bangers and steaks.

During the course of the evening, Nigel enthusiastically downed beer, pink champagne, red wine, port and a flame-thrower of an Irish coffee.

‘I’ve only got one testicle,’ he roared at one point, which was actually an interesting, um, nugget about his brush with cancer when he was a young man.

A few minutes later, Steph was complementing him on being tough enough for politics.

‘You gotta have balls of steel, no pun intended,’ she said, taking a deep draught of wine. How can you not love this woman?

That night and every night at The Salutation the Parkers kept the food straightforward; steaks, sticky toffee puddings and plenty of crumpets in the tearoom.

The Fothergills — in their first foray into the hotel business —changed all that.

Out went the sumptuous drapery and gilding, in came a major renovation programme that featured modish grey sofas and fine dining, all aimed at making the hotel a premium destination. Instead of steak and chips there were new seven or nine course menus in the evening. 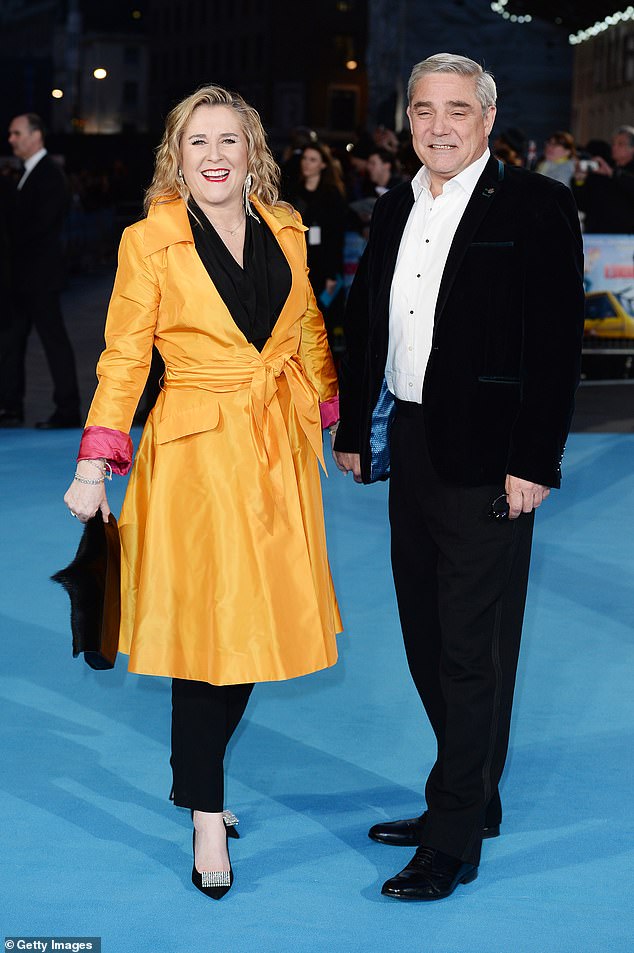 Steph (pictured, with Dom) admits she nearly cried when the management company got rid of her kitchen

Do I detect a whiff of catering world snobbery about the Goggleboxers and their simple suppers? I think I do.

‘Within a couple of months, the Fothergills ensured that all connotations to the owners had evaporated,’ reported one trade magazine with satisfaction.

The hotshot new chef Shane Hughes did a lot of interesting thing with carrots and declared in The Caterer that he disapproved of celebrity so much that ‘I wouldn’t have worked under celebrity ownership’.

Seems harsh, as the Parkers had run the place for years before ever appearing on television.

‘They got rid of my beautiful kitchen. That nearly made me cry. And they took it from a country house hotel to a trendy, modern place. When we were there, it had integrity as opposed to pomposity,’ says Steph rather waspishly, proving her stint on Four In A Bed was not wasted.

Would they ever think about going back to run it themselves, to start all over again?

I’m hoping not, considering that when we meet in their lovely new home near Kingston, in South West London, they have forgotten to get milk for the coffee. And that their solution to this catering oversight is to suggest a gin and tonic instead.

Don’t ever change, Steph and Dom! ‘But no,’ says Steph. ‘It’s just too much. We have moved on, mentally and physically.’

You’ve got to wonder what on earth the pair of crazy daisies are going to do next.

Two-thirds of BAME people feel police are biased against them

When does MasterChef 2020 start on BBC One?