Home » Lifestyle » Winter 2022 Anime — Which Shows Should You Watch?

The new year is officially upon us, and with the start of it comes the beginning of the Winter 2022 anime season. After an exciting number of anime arrived during Fall 2021 — including series like Komi Can’t Communicate and Lupin the 3rd — there’s plenty more to look forward to in 2022. From the second half of Attack on Titan‘s final season to the debut of Tokyo 24th Ward and World’s End Harem, here’s what to expect.

Which anime are returning in Winter 2022?

Probably the most anticipated release of the Winter 2022 anime season is Attack on Titan Season 4 Part 2, which will bring the popular shonen series to a close at long last. Following the ending of Hajime Isayama’s manga in 2021, fans are hoping the show gets an epic send-off. Recently released trailers have been promising on that front. Following an action-packed first half, the anime’s final episodes kick off on Jan. 9.

How a Realist Hero Rebuilt the Kingdom Part 2 is another returning series fans are looking forward to, landing near the top of MyAnimeList’s winter listings. Arriving on Jan. 8, the new episodes will continue Kazuya Souma’s quest to do exactly as the title suggests: fix the fantasy kingdom he now rules.

The Case Study of Vanitas also makes a comeback this January, with new episodes premiering on the 15th. The vampire series debuted in July 2021, and viewers are eager to know what’s next for Noé.

In addition to those much-anticipated anime, here’s what else is confirmed for Winter 2022:

New anime to look forward to this winter 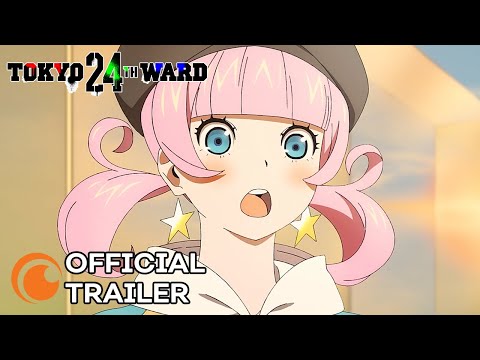 Every anime season brings exciting debuts to check out, and Winter 2022 is no different. A number of new series are slated to arrive over the next few months, many of them with promising premises.

Tokyo 24th Ward is one of the first shows to premiere during the winter season, arriving on Jan. 5. It will follow three occupants of a man-made island within Tokyo Bay. They’ll play a part in saving their home following a series of puzzling and tragic incidents. Because Tokyo 24th Ward isn’t based on a manga, its mystery should keep viewers on edge throughout.

Additionally, the popular World’s End Harem manga is getting an anime adaptation in Winter 2022, and fans can’t wait to see it come to life. Debuting on Jan. 7, the series follows Reito Mizuhara, who finds himself tasked with re-populating the planet following a long time in cryosleep. Mixing elements from the sci-fi genre with features of harem anime, this one’s sure to turn heads this season.

Per Funimation and Crunchyroll, other new anime scheduled for the winter include:

‘Demon Slayer’ and other shows continuing into 2022

The Fall and Winter anime seasons tend to run into one another, so it’s no surprise several hits from 2021 will continue into the new year. Among them is Demon Slayer, which kicked off its Entertainment District Arc at the beginning of December. The series still has a number of installments to go before it shuts the door on its latest outing.

One Piece and Boruto: Naruto Next Generations also show no signs of slowing down, with the former recently celebrating its thousandth episode. Both series are ramping up the stakes for their heroes, so it’ll be interesting to see where they take things in 2022.

Platinum End, the new anime from the creator of Death Note, continues its run into the new year as well. The anime has quickly risen in popularity since its October premiere.

For a full list of anime continuing and arriving in Winter 2022, check out MyAnimeList.net. More series are likely to join the lineup as the season progresses. And it’s probably safe to say many of us are hoping for a JoJo’s Bizarre Adventure: Stone Ocean Part 2 announcement from Netflix in the near future…

'The Bachelor': Peter Weber Explains Why His Mom Is Such a Big Fan of Kelley Flanagan

'NCIS' Season 18 Recap Ahead of the Season 19 Premiere