A woman was left in in hysterics after buying a jumpsuit from ASOS – only to find it barely covered her chest when it arrived.

Perri, 20, from New York, took to TikTok to explain how she had purchased a pink wide-legged jumpsuit from the online retailer in a size small – after claiming she checked the measurements and learning she required the same size as the model.

However, when the garment arrived and she finally tried it on, it was a completely different story – and left her bust bursting out of the sides.

The post, which quickly racked up 3.5 million likes, was inundated with comments from amused viewers.

‘A natural looking lift,’ enthused one, while a second penned: ‘This is amazing. I wasn’t sure what to expect but you nailed it.’ 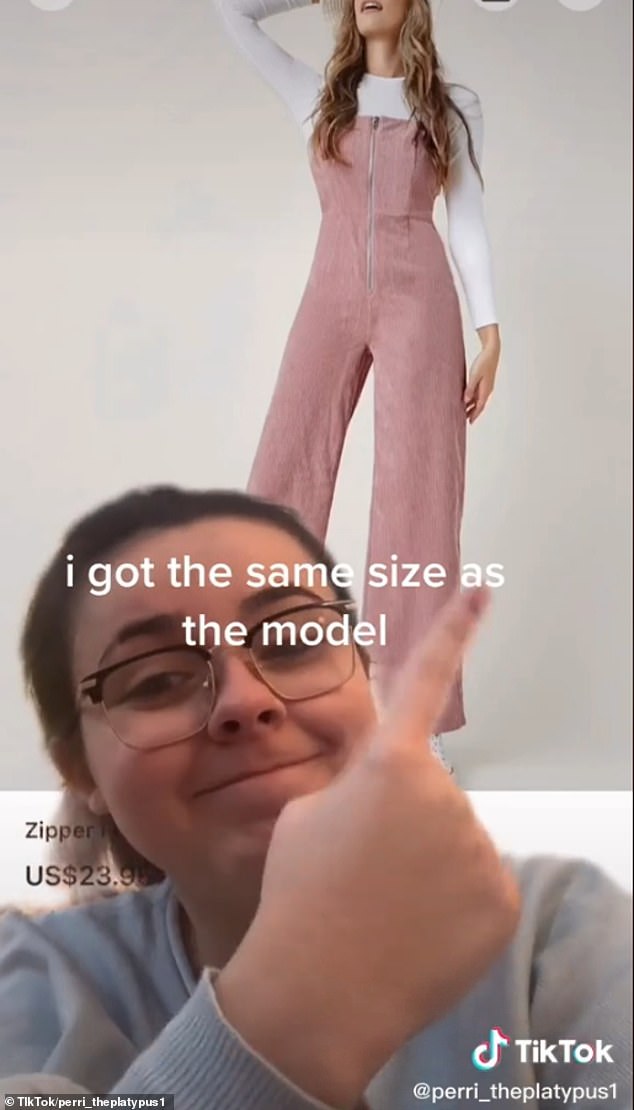 Perri, 20, from New York, took to TikTok was left in in hysterics after buying a jumpsuit from ASOS (pictured) – only to find it barely covered her chest 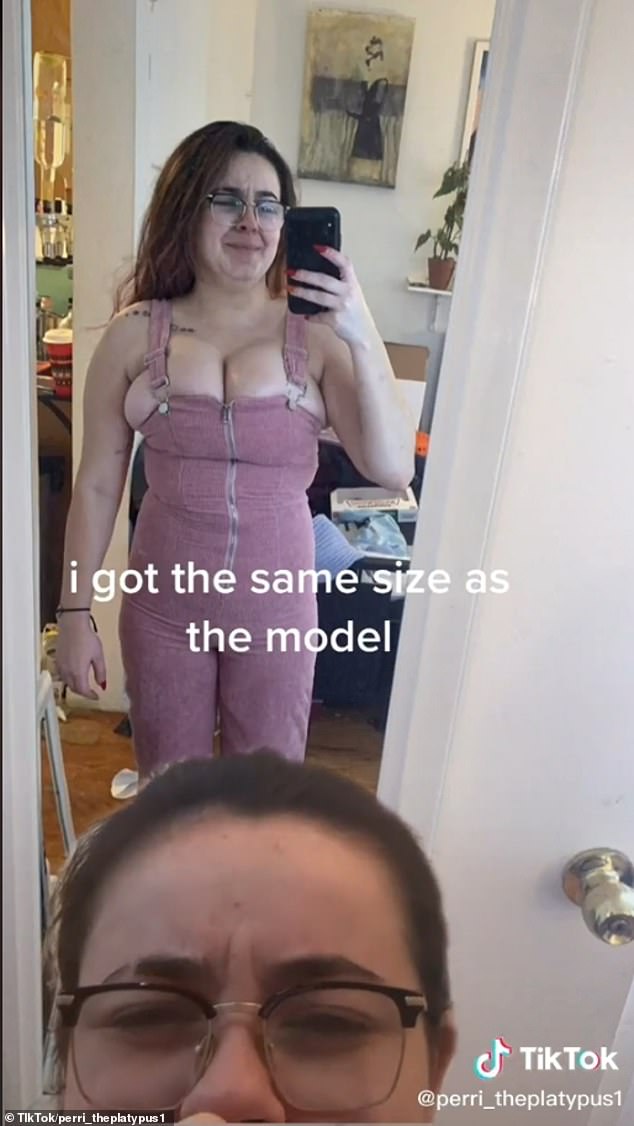 In the amusing video, Perri can be heard laughing as she explained that she purchased the same size as the model after checking the measurements

In the amusing clip, Perri can be heard laughing hysterically as she looks at herself in the mirror after finally managing to force the zip up.

And many praised the fit of the jumpsuit – joking that it offered a free ‘push up.’

‘At least the girlies are sitting pretty,’ commented one, while a second enthused: ‘If it zips, it fits.’

However, others instead took to the comments section to question why Perri would purchase the same size as the model in the first place.

TikTok users were quick to take to the comments section, with one joking: ‘This is amazing. I wasn’t sure what to expect but you nailed it’

‘We’re all of different build – you just need to check the measurements,’ wrote one, while a second commented: ‘Why would you get the same size as her though if your measurements are clearly different?’

A third penned: ‘I hate to say this but it’s because she is a lot taller.’

However, in a second video, Perri explained why she ordered the size she did.

‘The size guide showed me the model is wearing size small and I checked the size guide and I am also a small,’ she explained. ‘But let me show you something about women’s clothing.’

Taking out four pairs of pants ranging from size 2 to 6, she continued: ‘All of these pants fit me, The three and the five are the same size but they are different brand, so fine.’

She then went on to highlight that the size 2 and the size 6 pants were both the same brand and shared the same width.

Why Rec Room Is Destined to Become Your New Wardrobe Fave

Passengers stuck on ANOTHER ship as one is tested for coronavirus