A woman who spent £190,000 on plastic surgery to look like a caricature left This Morning’s Holly Willoughby wincing in pain as she spoke about tattooing her nipples to look like hearts.

Krystina Butel, 32, from Rotherham, Yorkshire, was inspired by transform her look by a cartoon drawing she had posed for in Ibiza when she was 15.

And today she revealed her heart-shaped nipples publicly for the first time on the ITV daytime show by sharing a picture with the hosts.

But it was the picture of Krystina’s nipples that sent viewers into meltdown with one questioning why she would want to ‘disfigure’ her body.

Presenter Holly was so concerned by the thought of tattoos that she held on to her own chest as she contemplated it, while as Krystina reassured her that the pain ‘wasn’t that bad’. 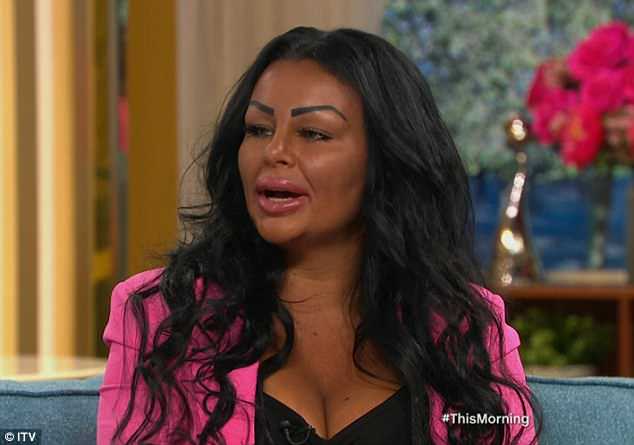 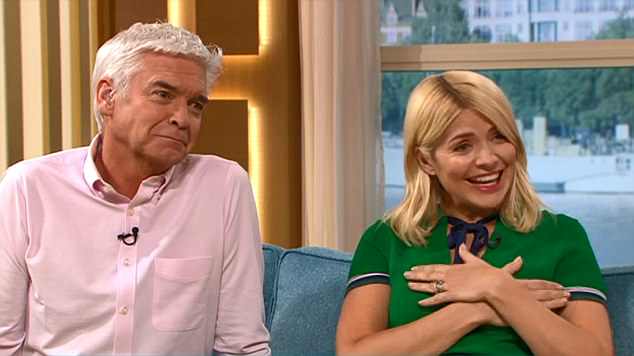 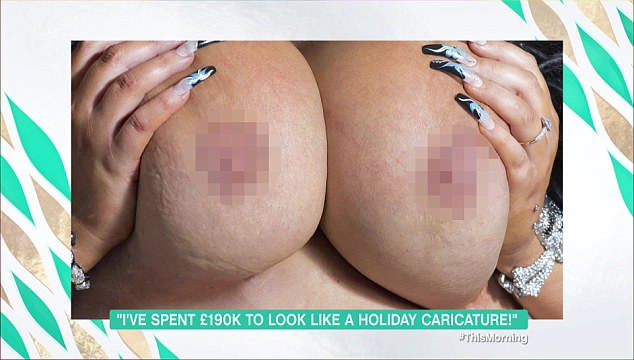 A picture of Krystina’s breasts were shown with the heart shaped nipples. She has had five boob jobs over the past few years 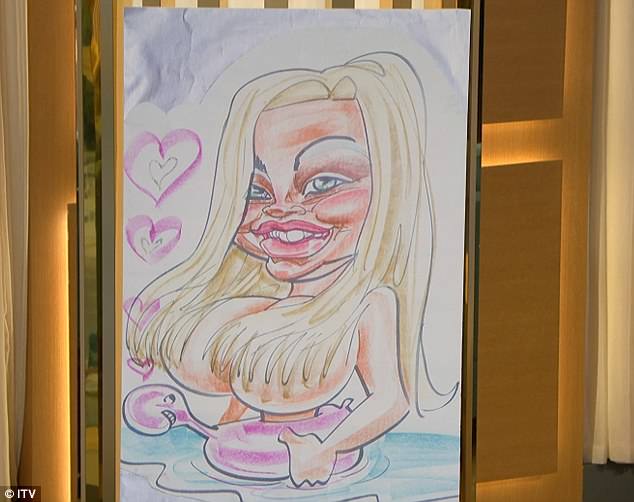 The businesswoman funded her cosmetic procedures by opening her own hair salon and then a gym, but has shed more than 13 stone thanks to an NHS-funded gastric bypass surgery.

She had the procedure last year because her 24 stone weight made plastic surgeons hesitant to operate on her, and defended having the taxpayer funded operation.

‘Firstly having it on the NHS was what I chose to disclose, I could have said I’ve been and had it done and left it, but I’ve said I had it on the NHS. I have not lied about it. I could have made up this big elaborate tale,’ she explained.

She reasoned: ‘If I had a drink alcohol drugs problem they would have catered for them. I had a food addiction, ultimately that made me ill [of] health.’ 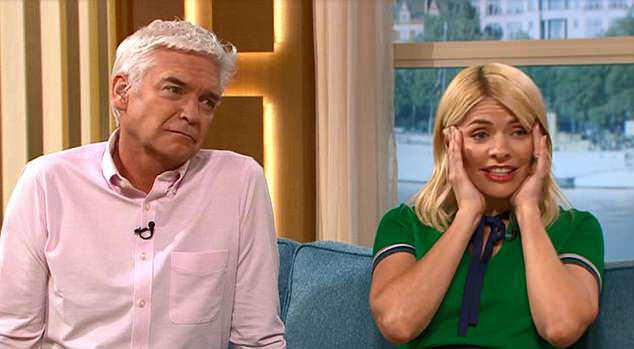 Holly seemed uncomfortable with the idea of a nipple tattoo, as Phillip looked on in puzzlement 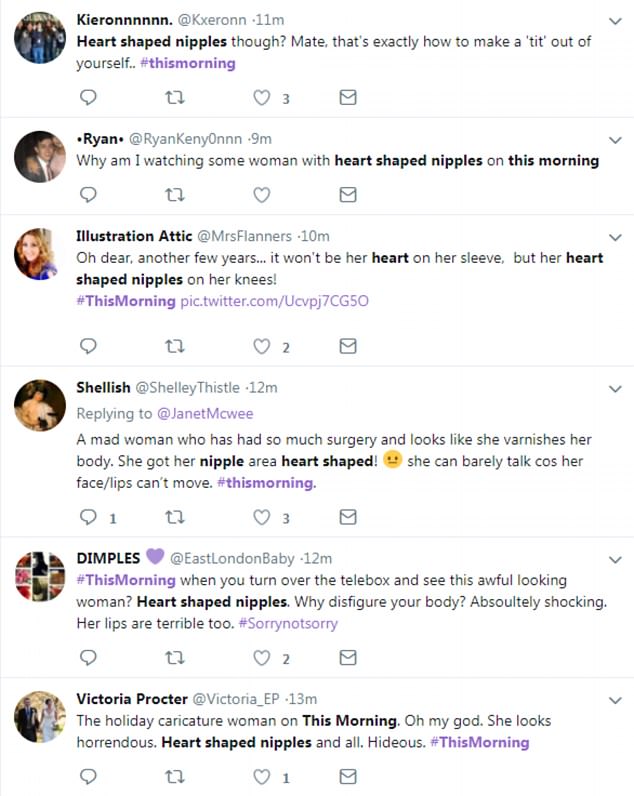 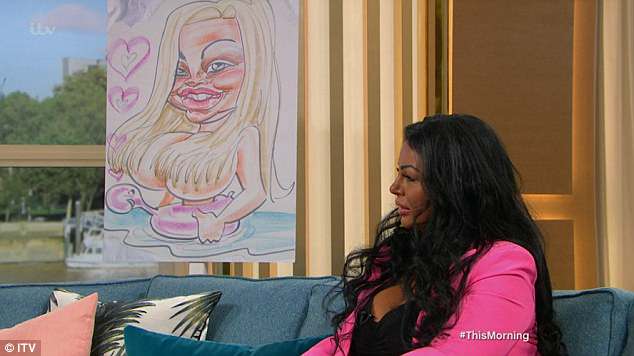 Previously, she explained the inspiration behind her look saying: ‘When I first saw the caricature in Ibiza all those years ago, I saw what I wanted to look like.

‘She had boobs like beach balls, big lips and a tiny waist. Everything about her was so exaggerated. I was jealous of her and in that moment, I knew what I wanted to be in life.

‘When I see myself in the mirror now, I feel like dreams do come true. After years of plastic surgery, I am living, breathing human cartoon and I feel so proud of everything I’ve achieved.’ 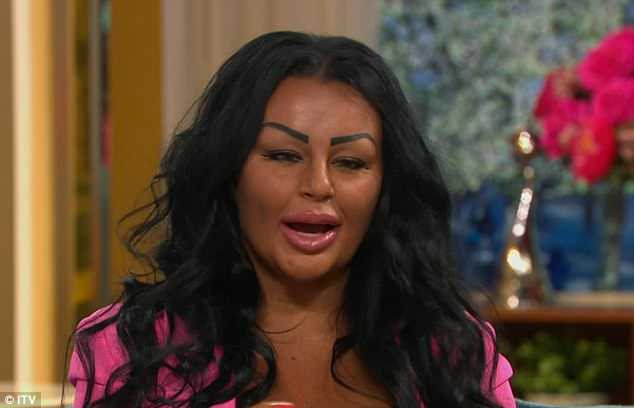 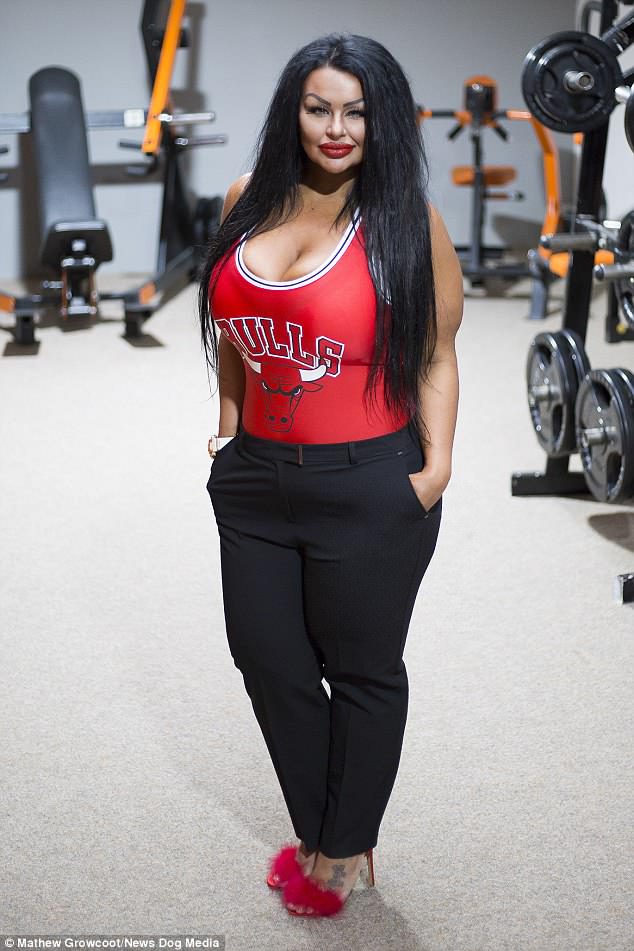 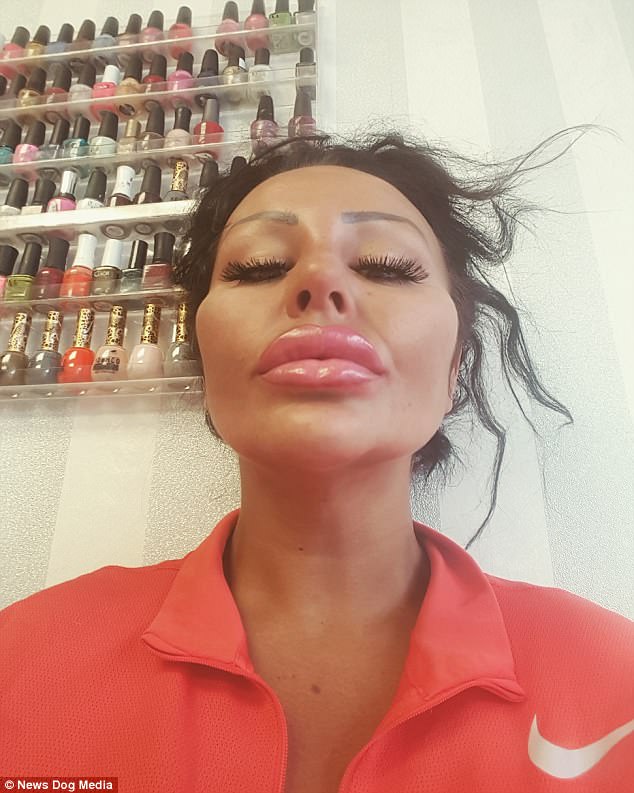 The gym owner regularly has cosmetic procedures, including botox and lip fillers

In fact, Krystina now says she wants to look ‘more extreme’ than the original caricature drawing.

‘Plastic surgery is my obsession and my hobby for life. I’ll never give it up and I won’t stop until I look exactly how I want to look.’ 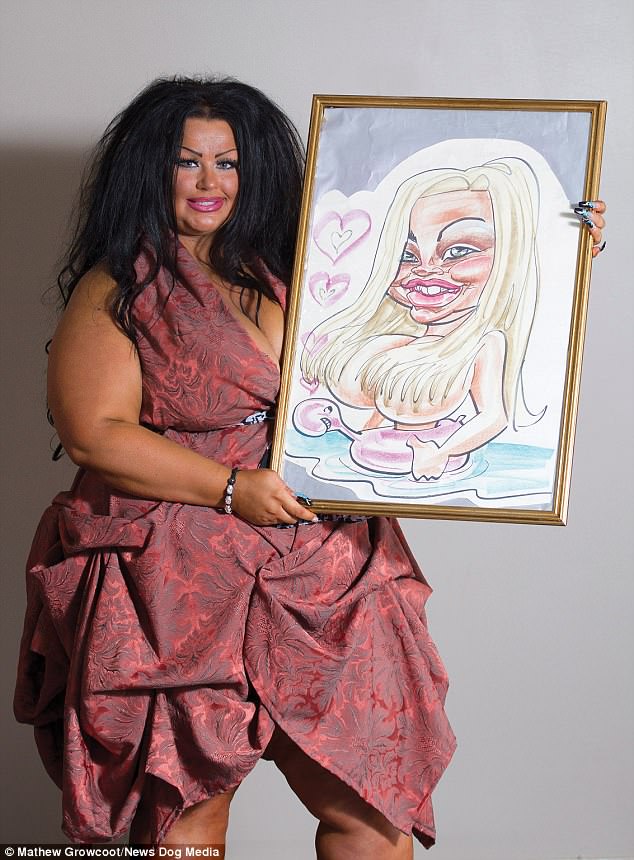 Krystina (pictured in 2014, before her gastric bypass) has had extensive plastic surgery to look like a caricature she had done on holiday when she was just 15 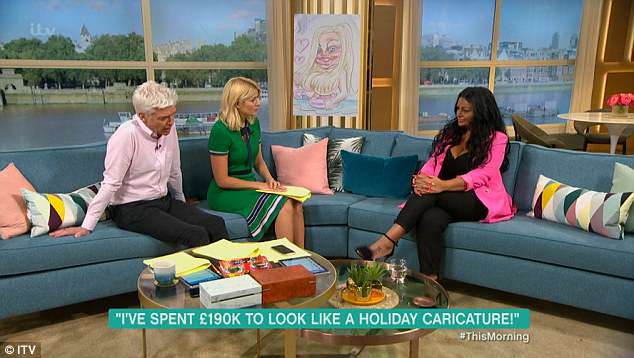 Andy, 46, said she likes his fiancee’s extreme look, and says it’s part of the attraction for her.

‘I love Krystina’s caricature – it’s part of her. I admire how Krystina has the lady balls to follow her dreams in terms of her look and it’s part of my attraction to her,’ she said.

‘Obviously I have some health concerns about Krystina’s surgery like anyone would, but I completely support her. Plastic surgery makes her happy.

‘People are quick to criticise her but in my opinion, I think that’s because other others don’t have the guts to follow their heart like Krystina does. She’s taken the caricature to the next level.’

In 2001, aged seventeen, Krystina opened her own hairdressing salon. That same year, she had her first surgical procedure to alter her body, undergoing a £3,600 boob job to take her from an already ample 32DD to a 34FF.

She says: ‘I remember waking up in the hospital after my first boob job and being so happy. I loved the way my boobs were stuck up and looked more like hers.

‘By the time I was discharged, I was already planning my second boob job.’

Just two years later, Krystina got a second £4,000 boob job taking her to a 36GG. She would go on to have another three breast augmentations costing over £16,000 to get her to a 36K bra size. 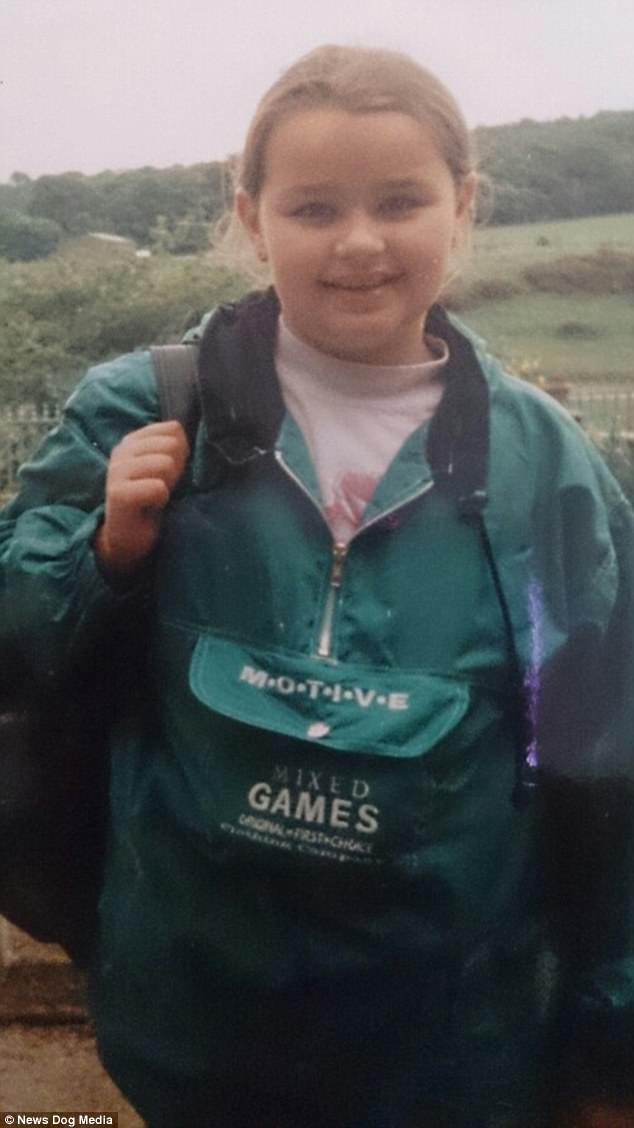 In May 2014, Krystina even got heart shaped nipples tattooed on to complete the look.

As well as using sunbeds, Krystina has also been taking daily Melanotan tanning injections since last year to achieve the same sun kissed glow as a her caricature.

The tanning injection – which increases the level of pigment melanin in the skin – is illegal to sell in the UK, but can be purchased online.

By 2017 however, Krystina’s 24 stone weight for her 5ft 5 in frame began to seriously affect her health as well as limit her options for plastic surgeons willing to operate on her.

In June last year, Krystina underwent a full gastric bypass surgery on the NHS. Within the first month after her surgery, Krystina lost two and a half stone and she now weighs 11 stone 6lbs.

In total, Krystina has splurged a staggering £186,520 to become the mirror-image of her beloved caricature.