A woman has told how she was reduced to tears in café after a fellow diner told her that breastfeeding her newborn baby was ‘putting her off her teacake’.

Nikki Davis, 32, from Lawford, Essex, was left ‘distressed’ after a customer made the comment as she was feeding her eight-week-old daughter Dulcie.

Nikki, who was dining with her friends at the time, says she also overheard the customer describe the group as the ‘mammary brigade’.

‘This was really distressing to hear and actually made me cry,’ she said.

Nikki Davis, 32, from Lawford, Essex, with daughter Dulie, now eight weeks. The new mother says she was left ‘distressed’ after a customer made a derogatory comment – saying she was ‘putting her off her teacake’ and calling Nikki and her friends ‘the mammory brigade’

Mistley Park Place café in Essex, where Nikki Davis and her friends were dining when a fellow customer said they were putting her off her food

‘I met two friends from my National Childbirth Trust class. We’ve all recently had babies so wanted to meet up to support each other at the café at Mistley Park Place petting zoo.

‘I then overheard a woman describe us to her family as the ‘mammary brigade’ and stated we were ‘putting her off her teacake’ by breastfeeding our babies.

After hearing the comments, Nikki decided to confront the female customer with a friend to explain how the comments had upset her.

Nikki said: ‘The woman responded stating she found it offensive and we should feed our babies in the toilet.

‘This whole incident has really knocked my confidence as a new mum. 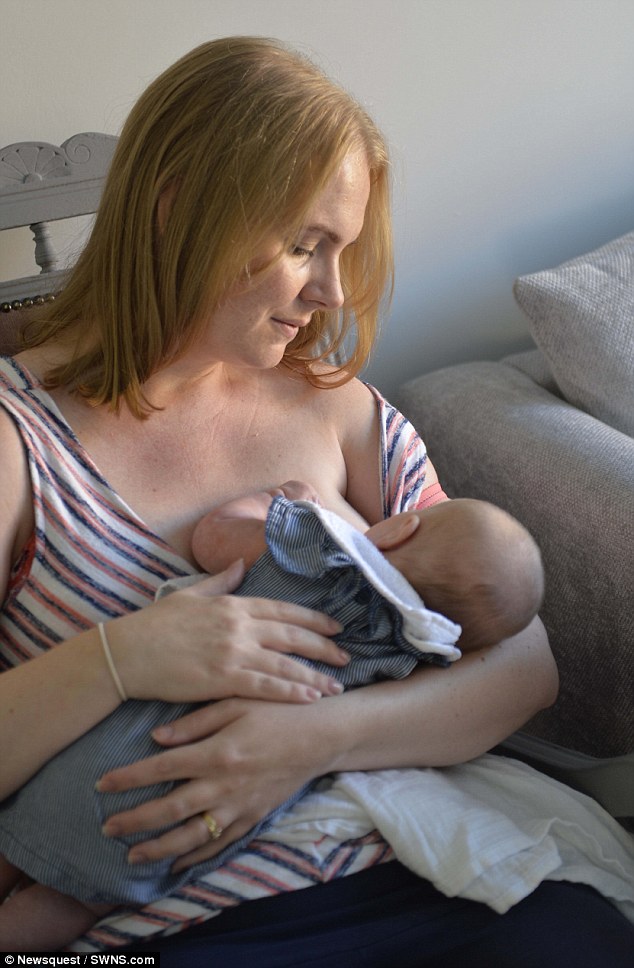 ‘It really is difficult, which is why the UK has the lowest breastfeeding rates in the world, with only one per cent of babies still being exclusively breastfed at six months despite the health benefits of breast feeding.

‘My main hope is that people will just be kind to breastfeeding mums and realise it is a tough job and we are doing our best.

‘Ostracising us for doing something so natural does cause a lot of upset and has the potential to stop mums breastfeeding despite the health benefits to babies.’

Peter Taylor, owner of Mistley Place Park Café, said breastfeeding mums were welcome. He said: ‘We have got no problem with women breastfeeding at all as it’s just a natural thing to do.’

This comes after a single mother was left ‘humiliated’ after she was thrown out of a West End show for breast feeding her baby daughter. 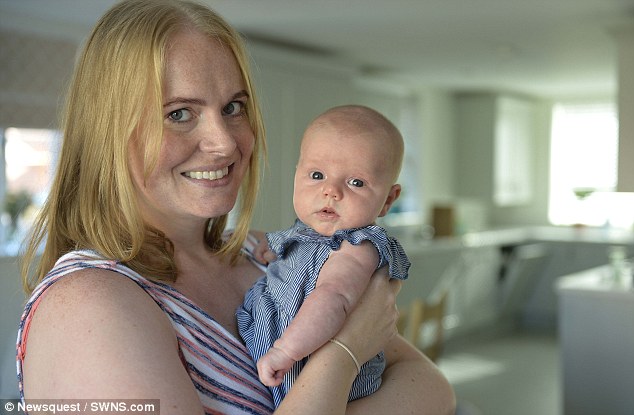 Nikki Davis, 32 with baby daughter Dulcie, was reduced to tears by a stranger’s cruel breastfeeding comment and says incidents like these are the reason so many British women are reluctant to feed their babies in public 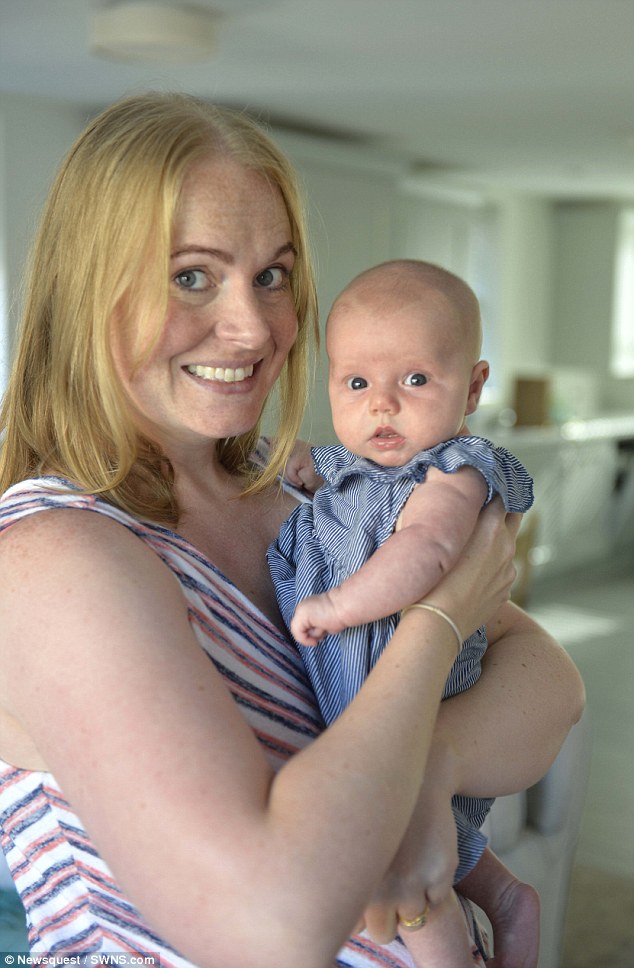 Speaking after a woman made a cruel comment about breastfeeding in public, Nikki Davis (pictured with baby Dulcie) said: ‘My main hope is that people will just be kind to breastfeeding mums and realise it is a tough job and we are doing our best’

Sam Lucas, 33, had gone to see the Broadway musical American Idiot at the Arts Theatre in central London, with her 10-month-old and sister Jackie, 32, when staff told her to leave.

Another mum, from Cardiff was also reduced to tears after a man objected to her breastfeeding at a restaurant.

Keely McMahon-Perry, 35, was enjoying her daughter Matilda’s fourth birthday dinner with her husband and children when she needed to feed her baby son Joseph.

A was staring at the her whilst breastfeeding and said he was ‘trying to eat his dinner’ and continued to stare at Keely and make inappropriate comments.

A third mum was left ‘shocked’ after she claims Costa Coffee staff told her to cover up while breastfeeding – as it offended another customer.

Rosey Hughes was at the cafe in Streford Mall, Manchester with a friend when staff told her to stop feeding her five-month-old daughter after the other customer complained.

I'm bisexual and non-monogamous: It's about time Tinder catered to me too

Could Game of Thrones fan theories end up totally derailing the show?

Measures passengers face at airports across world to halt coronavirus