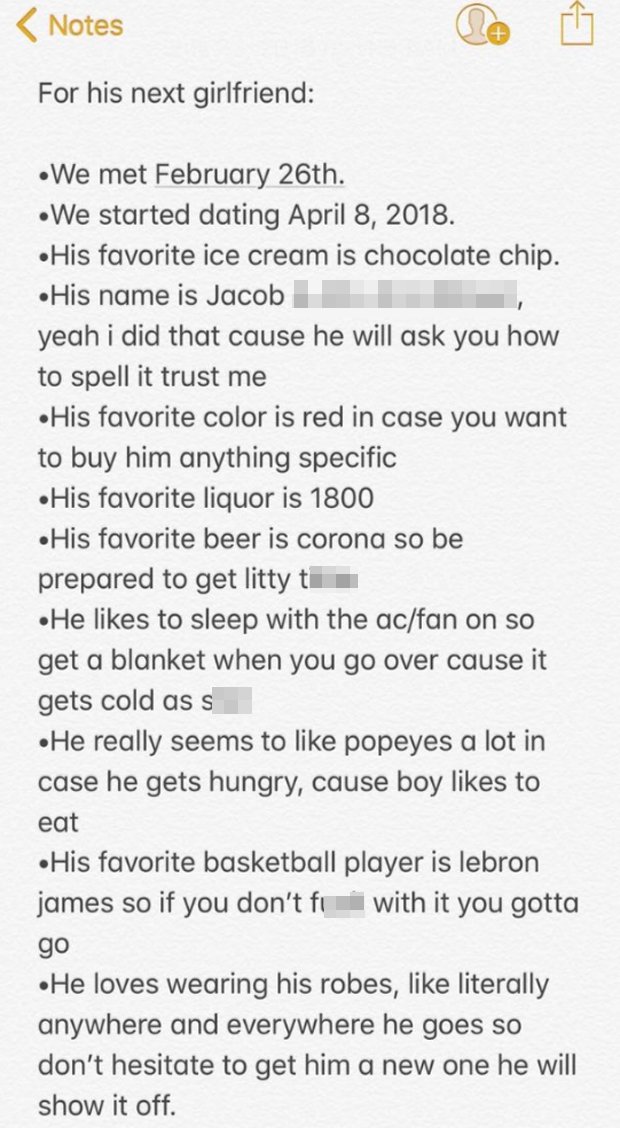 The man shared the list on Twitter, posting: “My ex girlfriend wrote this for me and it’s literally the best thing (I’ve) ever gotten in my life.”

But social media didn’t really see it that way.

Users thought both the behaviour of the woman writing the list and some of the things it suggested about the man were worrying.

Particular red flags included the remark: “You will constantly hear negative things about him from people, but just ignore it, trust me it ain’t worth the fight.” 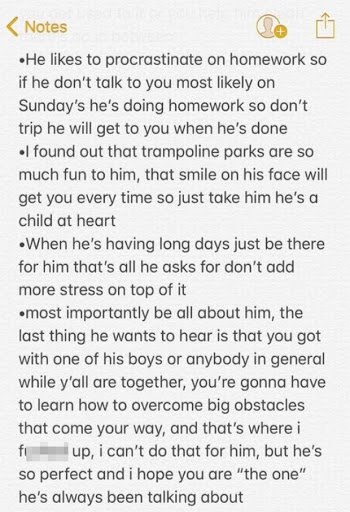 One horrified user wrote in response: “Omg lol! I missed that on the first read through. All you need to know right there.”

Others were more concerned with how much looking after the adult man seemed to require in a relationship, comparing him more to a child or a pet.

Someone of that view quipped: “That’s like the kinda list I write when someone has to look after my cat because it can’t look after itself – not a grown ass man.”

A few people spoke up in defence of the man and his ex, but overall Twitter was decidedly unimpressed by the odd dynamic.