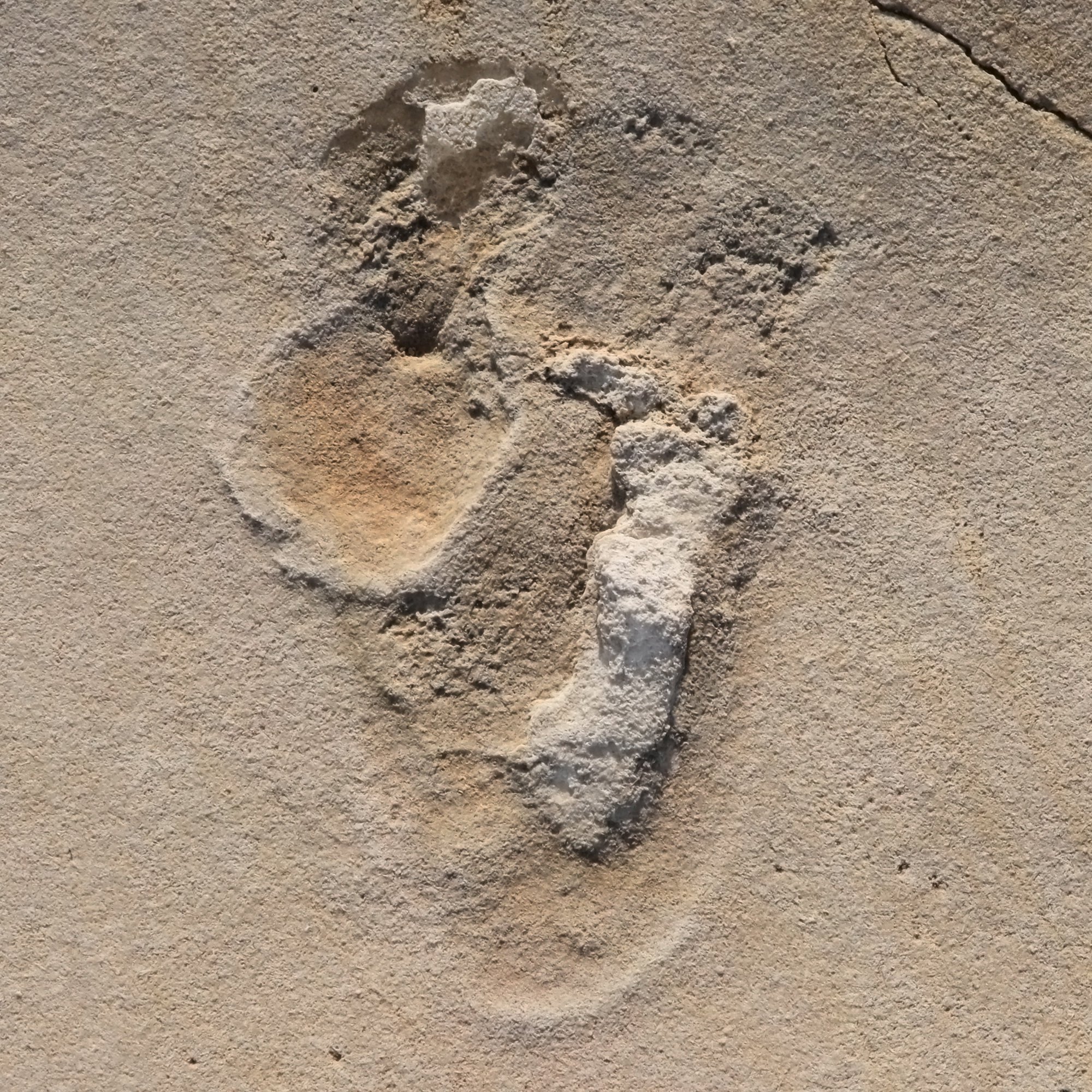 Footprints left by man’s ancestors 6 million years ago in Crete have been confirmed as the oldest ever found.

Spotted in fossilised beach sediment near the village of Trachilos in 2017, they were made more than 2 million years before the tracks of hominin ‘Lucy’, discovered in Africa in 1974.

Scientists say the prints are the oldest direct evidence of a human-like foot used for walking.

They were made when Crete was still part of the Greek mainland.

Study co-author Prof Per Ahlberg, from Sweden’s Uppsala University, said: ‘The oldest human foot used for upright walking had a ball, with a strong parallel big toe and successively shorter side toes.

‘The foot had a shorter sole than Australopithecus. An arch was not yet pronounced and the heel was narrower.’

Study co-leader Professor Madelaine Böhme, also of the University of Tübingen, said: ‘We cannot rule out a connection between the producer of the tracks and the possible pre-human Graecopithecus freybergi.’

Prof Böhme’s team identified that previously unknown pre-human species several years ago in what is now Europe on the basis of fossils from 7.2 million-year-old deposits in Athens, just over 150 miles away.

The new study, published in the journal Scientific Reports, confirms recent research and theories of Prof Böhme’s team, according to which six million years ago the European and Near East mainland were separated from humid East Africa by a relatively brief expansion of the Sahara.

Shoppers Say This May Be the Softest Sweater They Own