Home » A Global Tipping Point for Reining In Tech Has Arrived

China fined the internet giant Alibaba a record $2.8 billion this month for anticompetitive practices, ordered an overhaul of its sister financial company and warned other technology firms to obey Beijing’s rules.

And in the United States, President Biden has stacked his administration with trustbusters who have taken aim at Amazon, Facebook and Google.

Around the world, governments are moving simultaneously to limit the power of tech companies with an urgency and breadth that no single industry had experienced before. Their motivation varies. In the United States and Europe, it is concern that tech companies are stifling competition, spreading misinformation and eroding privacy; in Russia and elsewhere, it is to silence protest movements and tighten political control; in China, it is some of both.

While nations and tech firms have jockeyed for primacy for years, the latest actions have pushed the industry to a tipping point that could reshape how the global internet works and change the flows of digital data.

Australia passed a law to force Google and Facebook to pay publishers for news. Britain is creating its own tech regulator to police the industry. India adopted new powers over social media. Russia throttled Twitter’s traffic. And Myanmar and Cambodia put broad internet restrictions in place. 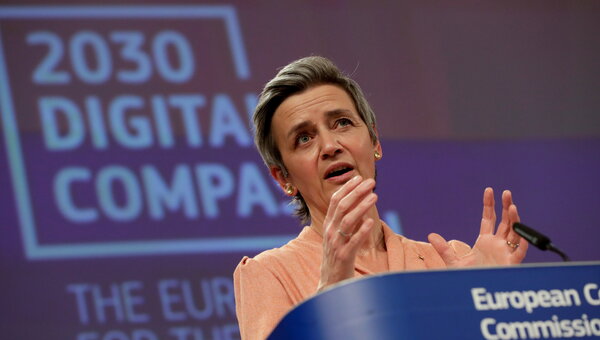 China, which had left its tech companies free to compete and consolidate, tightened restrictions on digital finance and sharpened an antimonopoly law late last year. This year, it began compelling internet firms like Alibaba, Tencent and ByteDance to publicly promise to follow its rules against monopolies.

“It is unprecedented to see this kind of parallel struggle globally,” said Daniel Crane, a law professor at the University of Michigan and an antitrust expert. American trustbusting of steel, oil and railroad companies in the 19th century was more confined, he said, as was the regulatory response to the 2008 financial crisis.

Now, Mr. Crane said, “the same fundamental question is being asked globally: Are we comfortable with companies like Google having this much power?”

Underlying all of the disputes is a common thread: power. The 10 largest tech firms, which have become gatekeepers in commerce, finance, entertainment and communications, now have a combined market capitalization of more than $10 trillion. In gross domestic product terms, that would rank them as the world’s third-largest economy.

Yet while governments agree that tech clout has grown too expansive, there has been little coordination on solutions. Competing policies have led to geopolitical friction. Last month, the Biden administration said it could put tariffs on countries that imposed new taxes on American tech companies.

The result is that the internet as it was originally conceived — a borderless digital space where ideas of all stripes contend freely — may not survive, researchers said. Even in parts of the world that do not censor their digital spaces, they said, a patchwork of rules would give people different access to content, privacy protections and freedoms online depending on where they logged on.

“The idea of an open and interoperable internet is being exposed as incredibly fragile,” said Quinn McKew, executive director of Article 19, a digital rights advocacy group.

Tech companies are fighting back. Amazon and Facebook have created their own entities to adjudicate conflicts over speech and to police their sites. In the United States and in the European Union, the companies have spent heavily on lobbying.

Some of them, acknowledging their power, have indicated support for more regulations while also warning about the consequences of a splintered internet.

“The decisions lawmakers make in the months and years ahead will have a profound impact on the internet, international alliances and the global economy,” said Nick Clegg, Facebook’s vice president of policy and communications.

Mr. Clegg, a former British deputy prime minister, added that Facebook hoped “the techno-democracies in the U.S., Europe, India and elsewhere” would “work together to preserve and enhance the democratic values at the heart of the open internet and prevent it from fragmenting further.”

Let Us Help You Protect Your Digital Life

US gunmaker Remington files for bankruptcy