CHICAGO/SHANGHAI/SEOUL (Reuters) – Airlines including United Airlines Holdings Inc (UAL.O) said they were canceling some flights to China as demand fell sharply and global companies told their employees not to travel on deepening fears over the spread of a flu-like virus.

The coronavirus that originated in the city of Wuhan has killed 106 people in China and spread across the world, rattling financial markets.

The United States warned that Americans should reconsider visiting China, while Britain advised against all but essential travel to mainland China. South Korea also advised its citizens to stay away.

Facebook (FB.O) became the first major U.S. company to announce a travel suspension after the U.S. government’s warning, saying it had asked employees to halt non-essential travel to mainland China and to work from home if they had traveled there.

Chicago-based United said it was suspending 24 U.S. flights to Beijing, Hong Kong and Shanghai between Feb. 1 and Feb. 8 due to a significant drop in demand.

Europe’s biggest bank, HSBC (HSBA.L), banned all staff travel to Chinese-ruled Hong Kong for two weeks and to mainland China until further notice, according to an internal memo seen by Reuters.

The British-based lender, which has the largest presence among foreign banks in China, also asked staff who have recently visited the country to undergo a self-imposed 14-day quarantine. The virus has an incubation period of up to 14 days.

In South Korea, home appliances maker LG Electronics Inc (066570.KS) put a complete ban on travel to China and has advised employees on business trips in the country to return home as quickly as possible, a company spokeswoman said. 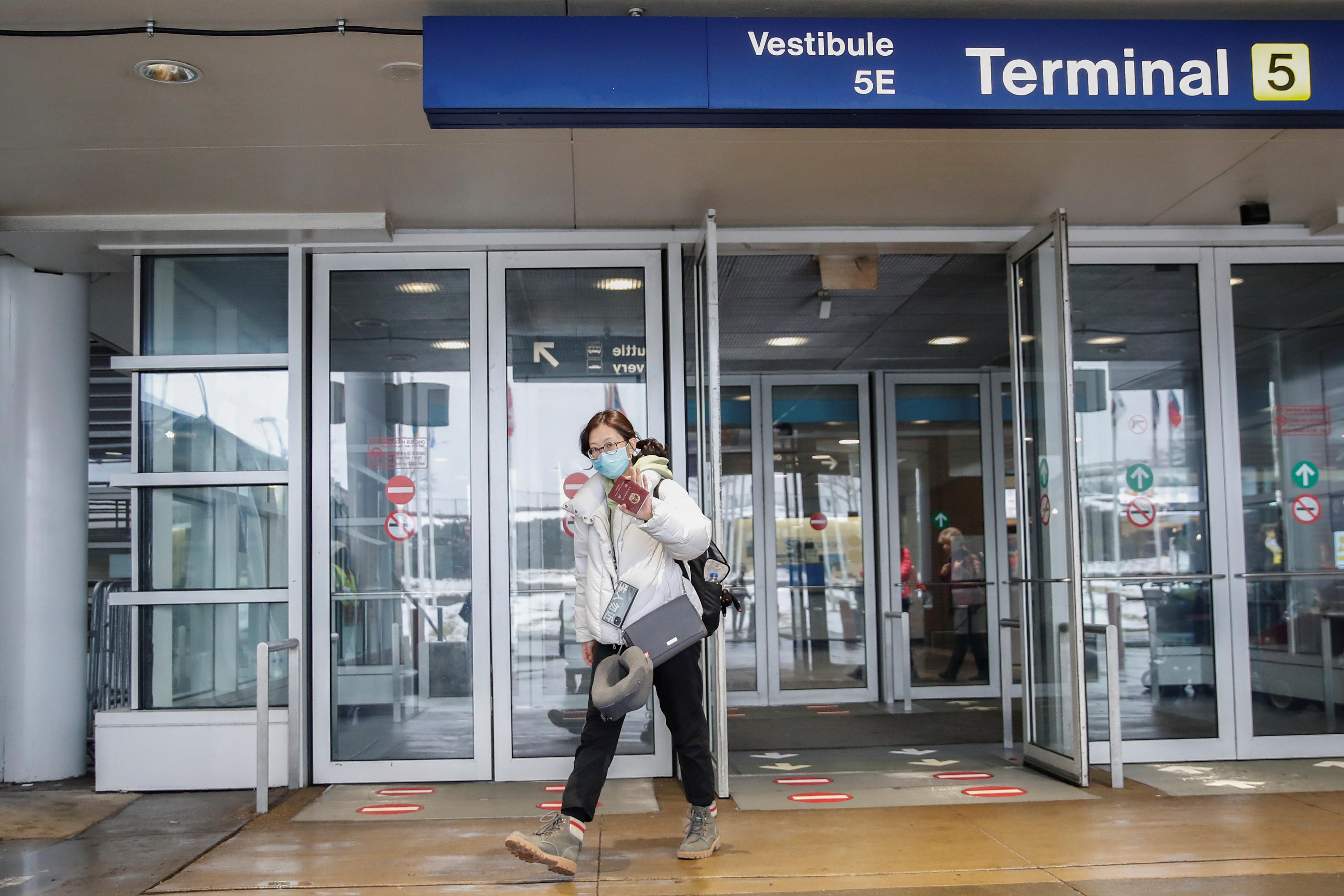 In Germany, auto supplier Webasto, which has 11 sites in China, including in Wuhan, has halted all corporate travel to and from China after an employee was infected.

Japan’s Honda Motor Co Ltd (7267.T) said it recommended employees avoid travel to China, while Nissan Motor Co (7201.T) said it plans to evacuate its Japanese staff and their families in Wuhan via a government-chartered flight.

Aside from United, other airlines said they were adjusting schedules as companies reassessed the risk of travel to China.

South Korean budget carrier Air Seoul said it will halt all flights to China, while Taiwan’s China Airlines (2610.TW) rescheduled and canceled some flights to China to Feb. 10.

Taiwan’s Eva Airways (2618.TW) also said some flights to China may be canceled.

Air Canada (AC.TO) said it was cancelling some of its 33 weekly flights to China, and Germany’s Lufthansa (LHAG.DE) pointed to subdued bookings to and from the country.

Hong Kong’s Cathay Pacific Airways Ltd (0293.HK) said it was reducing overnight layovers for crew at all points in mainland China as much as possible, resulting in some changes to its flight schedule.

International SOS, a medical and travel security services firm that advises companies on travel, said its guidance for now was that business travel to China outside Wuhan’s province of Hubei could continue.

But this could be updated if there were major flight cancellations throughout China and more disruptions to ground transport, International SOS Regional Security Director James Robertson said.

'Riverdale' Season 5: KJ Apa Weighs in on Varchie vs. Barchie!