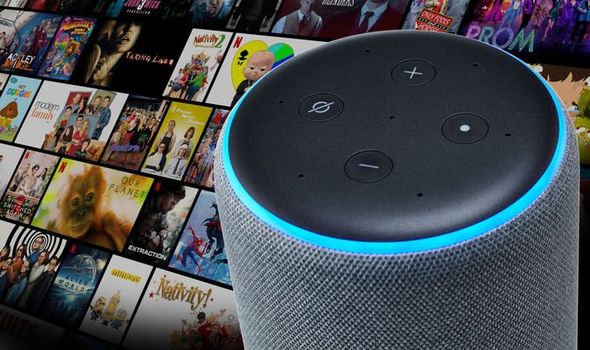 Amazon Echo owners have received two useful upgrades within the last few days – the arrival of Netflix on Alexa-powered devices with a touchscreen, and Spotify Podcasts on those without. Amazon confirmed a deal to bring Netflix to its Echo Show range back in September, when it announced the Echo Show 10 with its rotating screen that follows you around the room. Starting this month, Netflix support is rolling out to Alexa-enabled gadgets.

Netflix will be able to stream on all touchscreen-fitted Echo gadgets, except the Echo Spot. Given that this has a small 2.5-inch circular screen… that makes a lot of sense as it’s hardly the format that David Fincher envisioned when he created MindHunter for Netflix.

It’s an important upgrade as it removes one of few remaining differentiators between Google Nest smart home kit and Amazon’s Echo equivalents. While the Google Nest Hub has supported Netflix since launch, those with an Echo Show 10 would only be able to watch shows on Amazon’s own Prime Video streaming service.

However, the arrival of Netflix means Echo Show owners will be able to binge on an episode of The Queen’s Gambit or Queer Eye while they’re cooking in the kitchen, or working in a home office. You’ll need to sign-in, however, this means that your viewing history will be synced across device – so you’ll be able to pick up where you left off as you move from the Echo Show 10 in your kitchen to the Fire TV Stick in the living room, for example.

Phil and Holly try to set off viewers’ Amazon Echos

But while this is a very welcome boost for Echo owners, Google Nest still has the upper-hand when it comes to streaming on the small touchscreen display. Its Nest Hub and Nest Hub Max are able to stream video from Netflix, as well as YouTube and Disney+. Unfortunately, for those desperate to watch the latest episode of The Marvelous Mrs. Maisel or The Boys on Prime Video – Amazon does not allow its video-on-demand service to stream to these Google Assistant-enabled gadgets.

Even if you don’t have a touchscreen-equipped Echo at home, this month has still brought an important upgrade. Amazon Echo now supports podcasts from Spotify. While Echo owners have been able to stream their favourite tracks, albums and playlists since the launch of the AI-powered smart speaker, podcasts were not supported.

To get started, you’ll need to open the Alexa companion app on your iPhone or Android, and set Spotify as your default provider. To do that, head to Settings > Music & Podcasts > Manage New Services. After that’s done, whenever you ask Alexa for an episode of a podcast, it will be streamed from Spotify’s library.

Spotify says consumption of its podcasts has doubled within the last year. The music streaming service is increasingly placing emphasis on its podcast collection, which includes worldwide exclusives from comedian Joe Rogan as well as Prince Harry and Meghan, Duchess of Sussex.

In the latest Spotify Wrapped, which includes detailed statistics about your listening habits on the app throughout the last year, Spotify included a dedication section about podcast streaming for the first time.

Woman, 21, reveals her jealous boyfriend, 28, stabbed her with MACHETE