Home » Technology » All-new AirPods 3 could arrive this week, and they sound like they’ve been worth the wait 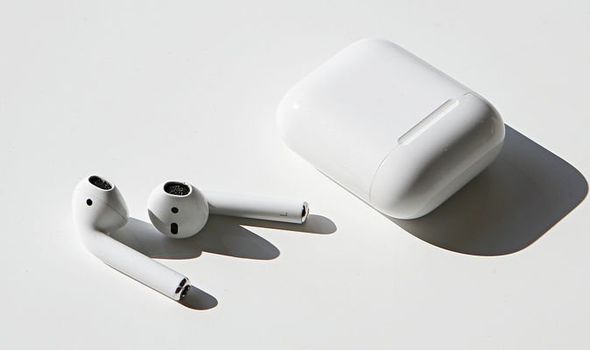 Apple is scheduled to hold its next blockbuster event on Monday October 18. The Californian company mailed out invites last week, which teased the keynote with the tagline “Unleashed”.

Most rumours point to a redesigned MacBook Pro, with a faster Apple-designed processor, thinner bezels to squeeze a larger mini-LED display into the same frame as the current 13.3-inch model and the return of the much-loved MagSafe connector – that uses magnets to attach to the laptop and snaps away safely when someone trips over the charging cable.

However, there could be another announcement coming at the event, which will be streamed from Apple’s headquarters in Cupertino.

A prominent leakster, known only as @PandaIsBald, has shared information on Chinese social network Weibo that suggests we could see a new pair of AirPods revealed during the “Unleashed” keynote too. The £159 AirPods currently on-sale in the Apple Store were first revealed back in March 2019.

These wireless earbuds, the second-generation in the AirPods range, brought a new carry case that could be topped-up on any Qi-compatible wireless charging mats. They also arrived with the ability to summon Siri without touching the earbuds using a ‘Hey Siri’ voice command. But that was about it.

Everything else remained largely unchanged from the original AirPods, which launched alongside the iPhone 7 back in late 2016.

However, that could all be about to change. With its next refresh of the best-selling earbuds, Apple is widely expected to shake-up the design. A number of sources, including @PandaIsBald, claim the new AirPods will have a very similar design to the pricier AirPods Pro. That means we could see interchangeable rubber tips on the entry-level AirPods for the first time – replacing the current one-size-fits-all. Apple ships a number of different sizes with its earbuds, so you can find the best fit for your ears and create a strong seal.

Like the AirPods Pro, the stem from the earbud will be a little shorter too. Despite this, you’ll still get the same clever beam-forming microphones to isolate your voice when in calls. AirPods 3 are unlikely to have active noise cancelling, ANC, which is expected to remain exclusive to the AirPods Pro, which will remain in the line-up.

There’s no word on price yet, but we’d expect Apple not to stray too far from the £159 price tag that has helped its current-generation AirPods become its best-selling accessory.

Express.co.uk will be in the (virtual) audience for the live-streamed event on Monday October 18, so stay tuned for all of the details on the new MacBook, AirPods, and anything else.

Google must open talks with French publishers about paying for content, court rules