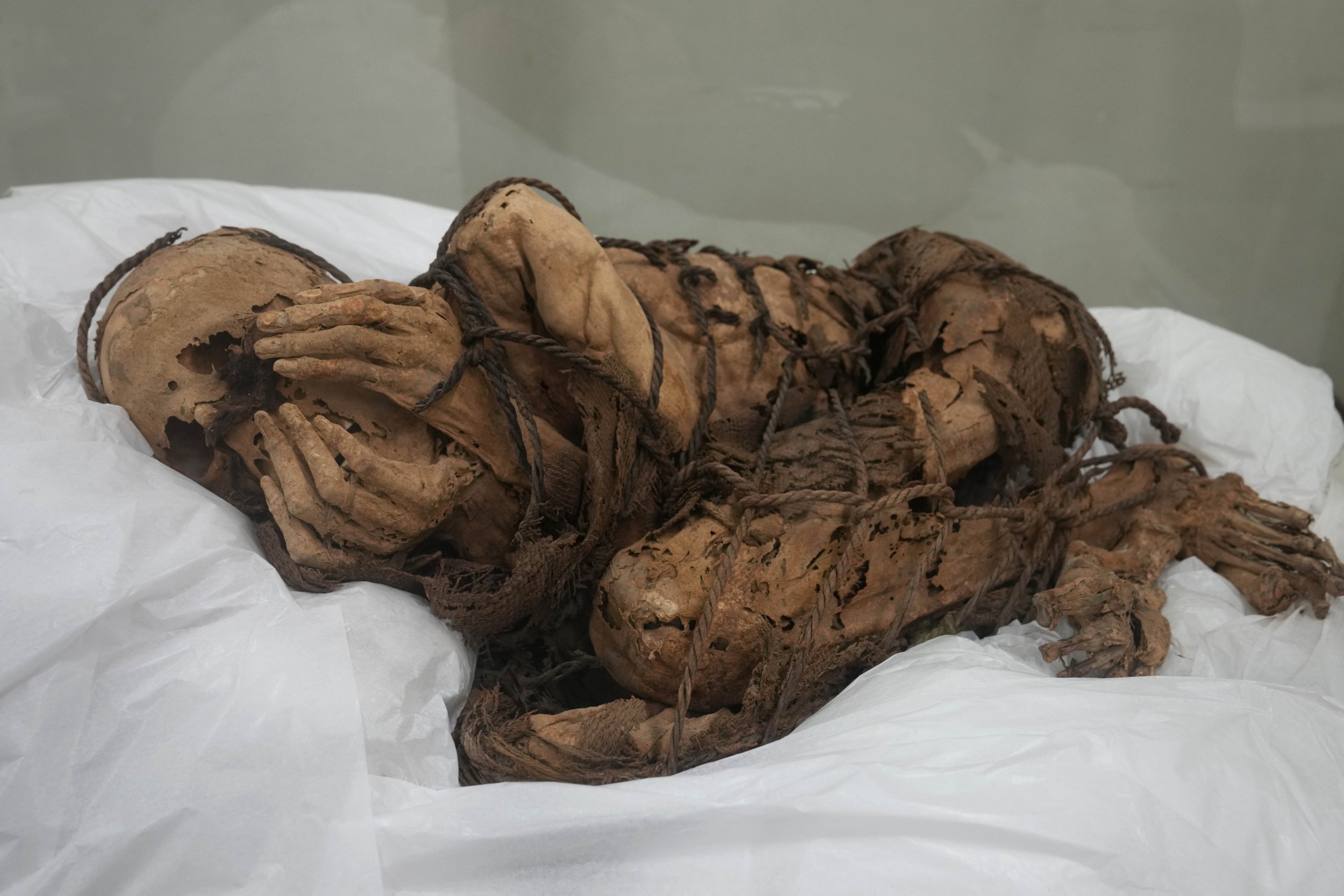 A pre-Incan mummy found in Peru and thought to be between 800 and 1,200 years old, went on display this week.

The body was revealed at the San Marcos University in Lima after archaeologists reported finding the remains in an underground tomb in November.

The mummified remains, which were bound by ropes and had the hands covering the face, were found inside an underground structure outside Lima along with offerings including ceramics, vegetable remains and stone tools.

The university is now housing the mummy, as well as remains from at least two infants and the objects found in the ancient tomb while its researchers analyse them.

‘Today at the National Major University of San Marcos, in Lima, we presented archaeological discoveries from research done in Cajamarquilla in 2021,’ said Pieter Van Dalen Luna, the archeologist in charge of the project.

‘The most important is the mummy, a piece of news that has travelled around the world, that is currently being analysed.’

Peru, home to the iconic Machu Picchu, has hundreds of archaeological sites from cultures that developed before and after the Inca Empire, which dominated the southern part of South America 500 years ago.

Yomira Huaman, another archaeologist who led the discovery, said the team had found a site commonly known as a matrix that consists of holes which are about 2m (6.5 ft) in depth.

‘As we went deeper into this matrix, we found a burial site with remains of an infant’s garments bundle, mates (an artisanal ornament), ceramics and this cocoon shape tied together with the same string (as the mummy),’ she said.

Blinded by Black Friday offers? Here's a look at some genuine tech deals