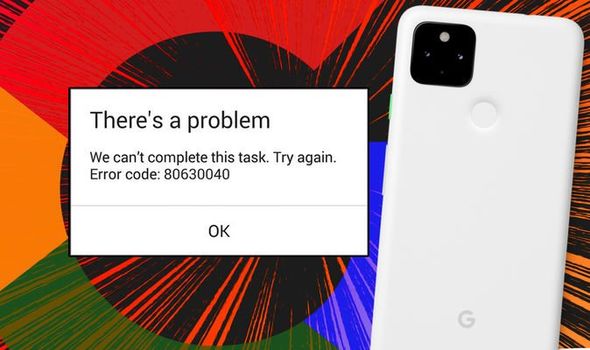 Android users are having a pretty bad day. A system-wide glitch is causing dozens of apps and widgets to crash immediately. Tapping on an app icon to launch the app will cause the app to crash as soon as it fills the screen. Amazon, Yahoo Mail, Gmail, Microsoft Outlook, and more are all impacted. But it’s not just apps – widgets, like the hugely popular Google one that lets you launch a Google search from your homescreen with a single tap.

Thankfully, Google has released a fix for the problems that should get every Android app on your phone or tablet up-and-running again, but it’s not an automatic fix. You are going to have to do some of the legwork yourself – luckily, we’ve got all the steps you need to follow below.

First thing you need to know – the problems plaguing the Google Search widget and any other Android apps that keep crashing for you right now can be blamed on an underlying system called “Android System WebView”. This core component powers a number of Google-developed and third-party apps. “Android System WebView” is powered by Chrome and enables allows Android apps to display content from the web.

It’s not exactly why “Android System WebView” went so wrong, but an update pushed out in the last 24-hours has wreaked havoc on all Android apps and widgets that rely on this technology to function. With a widget like the Google one, it’s easy to see how it relies on “Android System WebView” to serve up web content as the entire point of the widget it to immediately throw you into a Google search.

While you don’t need to understand exactly how “Android System WebView” works to fix the app problems, it’s worth remembering that because the issue is caused by this core system component – deleting and reinstating the Google widget won’t fix things for you.

After close to 24-hours of issues with apps crashing on Android, Google has confirmed that it has patched the problems in the “Android System WebView”. Now the fixed version of this software is available, you’ll need to download and install it from the Google Play Store on your smartphone or tablet.

Because of what “Android System WebView” does and how it works, Google is also recommending all users update Google Chrome too. Once both of those are up-to-date, all of your Android apps, including Google’s own widget, should work exactly as planned again.

Here are full instructions to get the Google search widget fixed ~

And then you’re done. You might want to restart your phone or tablet to make sure everything that taken, although Google doesn’t seem to think this will be necessary for most users.

In a statement sent to Express.co.uk about the app crash problems, a Google spokesperson said: “We have resolved the issue with WebView that caused some apps on Android to crash for some users. Updating Android System WebView and Google Chrome via Google Play should now resolve the issue.”

Home Alone Actress Brenda Fricker Says Christmas 'Can Be Very Dark' for Her: 'I'm Old and I Live Alone'