Android fans are being warned about a pesky bug that appears to be affecting some devices in the Google Pixel, OnePlus and Samsung Galaxy range of smartphones, among others. Android is one of the most used pieces of software in the world, with the Google OS installed on 2.5billion devices – equivalent to a third of the globe’s population. This huge Android user base are regularly the subject of security alerts from experts about malware threats and fake apps to be aware of.

Just recently 20million Android fans that use a third-party app marketplace were put on guard about a data breach.

The alert came hot on the heels of a warning about an ‘unkillable’ piece of malware being spread on Android devices.

And now Android users are once again being warned about a whole different issue to lookout out.

A pesky bug has reportedly cropped up on those running Android 10 on a number of different devices.

The problem happens when an app on your smartphone ends up crashing, which in and of itself should be resolved fairly easily.

But Android 10 users have noticed this has been having the knock-on effect of grinding the entire system to a half and bringing the OS down.

The issue was first highlighted in a post by Android Police who said they had mainly noticed it on Pixel devices running Android 10. 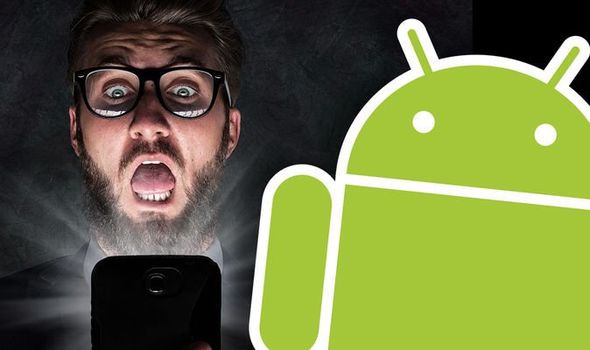 Discussing the issue on Twitter, Android Police founder Artem Russakovskii said: “Another thing that really bothers me on the Pixel 4 XL – when an app freezes up, it oftentimes locks up the whole UI. Notifications, home gesture – everything becomes unresponsive.

“Sometimes the UI unfreezes when the app does, sometimes the app remains frozen. Anyone else?”

In a thread on Reddit discussing Russakovskii’s tweet Android users also claimed that besides Pixel devices, OnePlus and Xiaomi smartphones had been affected.

While another added: “I’ve had this happen to me a lot, with no solution on any forum I went to. It sucks, and it’s been happening to me on the Note10+ and S20 Ultra. Didn’t have the issue on my Note 8.”

While in a post online 9to5Google said they had noticed the issue on the Google Pixel 4 XL as well as the Samsung Galaxy S20+.

The site added that the problem appears to pop up at random with it unclear what the exact issue behind it is.

They added that troubleshooting hasn’t provided much help but the old adage of turning the screen off and back on again has been the most successful route to fixing it.

Express.co.uk has contacted Google for comment to ask if they’re aware of the issue and if a fix is in the works.

A Clueless Reboot Is Heading to Peacock & We're Totally Buggin'! Get the Details

From weighted dresses to brollies, the secrets to Queen Elizabeth II's style