Google may have just deleted 600 apps from its Play Store but, once again, Android users are being warned about a new danger targeting this popular operating system. This time the warning is aimed at users who use VPNs on their Android smartphones and tablets. For those who don’t know, virtual private networks – or VPNs – are designed to offer a secure way to access websites and allow users to access regional specific content.

Many businesses also require employees to use VPNs to access sensitive information or internal systems.

VPNs have become hugely popular in recent years – and a quick search on the Google Play Store reveals numerous apps that claim to offer the perfect experience. However, new research from the team at VPNpro.com is suggesting that one of the most popular VPNs on Android could be putting people at risk of serious cyber crime.

SuperVPN Free VPN Client has been downloaded over 100 million times by Android users looking to securely access the web …but it has now been claimed that this app is “dangerous” and users should “should delete it immediately.”

According to research by VPNpro.com, this free app has a number of critical vulnerabilities that leaves it open to dangerous hacks known as man-in-the-middle (MITM) attacks. These vulnerabilities enable hackers to intercept every communication from your device and the VPN provider, allowing hackers to see everything you’re doing online. So, each time you open a new browser window in Chrome, make a video call, or load-up an app – all of that information pinging from your smartphone and the servers could be passing under the eyes of nefarious hackers. 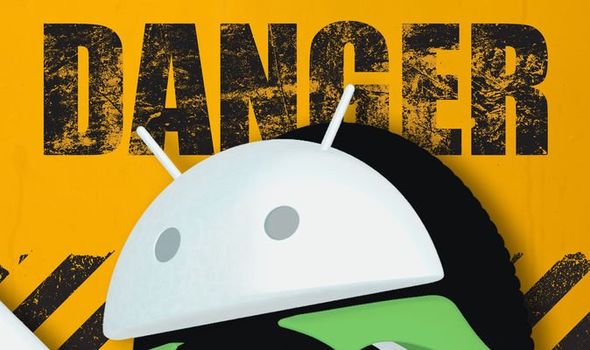 Needless to say, that’s exactly the opposite of what a VPN is supposed to do. Based on the latest research, it seems over 100 million people could now be at risk of having their credit card details stolen, their private photos and videos leaked and every single minute of their private conversations recorded and sent to a server in a secret location.

In its report, VPNpro states: “A VPN is supposed to keep your online activities private and secure from all snooping eyes.

“In fact, a VPN is supposed to be so safe that, even if a hacker could intercept these communications, it would take them longer than the age of the universe to even begin to decrypt the data.

VPNpro says it has tried to contact the developers of this app on numerous occasions but has not heard back. Along with SuperVPN Free VPN Client, there a number of other VPNs that users should watch out for.

These include TapVPN Free, Best Ultimate VPN and Korea VPN – a full list of the software designed to enable man-in-the-middle attacks can be found below. 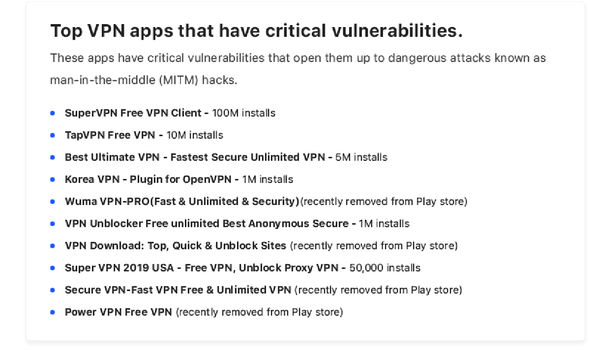 Google has recently removed some offending apps but many still remain on the Play Store so it’s wise to be on alert before downloading any VPNs on to your phone.

If you still want to use this web-accessing software, here’s some advice from VPNpro.com to help keep you safe.

When looking for an effective VPN, we recommend users do their due diligence. Ask yourself the following questions:

• Do I know this VPN developer or brand? Do they seem trustworthy?

• Where is the VPN located? Is it in a privacy-friendly country?

• For mobile apps, what permissions are they requiring? Do they actually need those permissions to function (such as the camera, GPS, microphone)?

• Free is great – but can you trust this VPN? There are a few commendable free VPNs or VPNs with free options from reputable brands.

My daughter, 8, was left in tears when our £8k family holiday turned into 32 hours of hell in Manchester airport chaos