Home » Technology » Android update: This could be the best new feature coming to your smartphone this year

A full fat version of Android 11 is expected to release in August, but it may only be a few months until you’re able to give it a try for yourself. Google typically releases a multitude of beta versions for forthcoming Android operating systems and Android 11 will likely be no different. Assuming Google follows a similar release pattern to Android 10, we could see the first Android 11 beta land in March. Although the new operating system is still a few months away from releasing in an early form, we still know about a few features it’ll boast.

In fact, Google’s vice president of engineering for Android – Dave Burke – has already confirmed Google is working to bring scrollable screenshots to Android 11. Plus, XDA Developers recently found evidence to suggest the new mobile operating system will be intelligent to leave Bluetooth on if you switch on Airplane Mode when listening to music in order to prevent audio from being cut off in a frustrating fashion.

But by far the most compelling new feature in Android 11 so far is expected to be what Google is dubbing Bubbles.

In a nutshell, Bubbles is a tool that allows apps to be quickly summoned from a little icon that stays displayed on your phone’s display. The functionality works very similarly to Facebook Messenger’s Chat Heads but are expected to be available to all developers that want to leverage them.

Discussing Bubbles last year, Google said: “Bubbles help users prioritise information and take action deep within another app, while maintaining their current context. They also let users carry an app’s functionality around with them as they move between activities on their device. 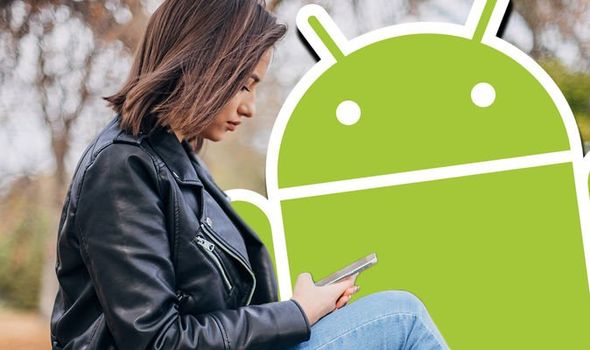 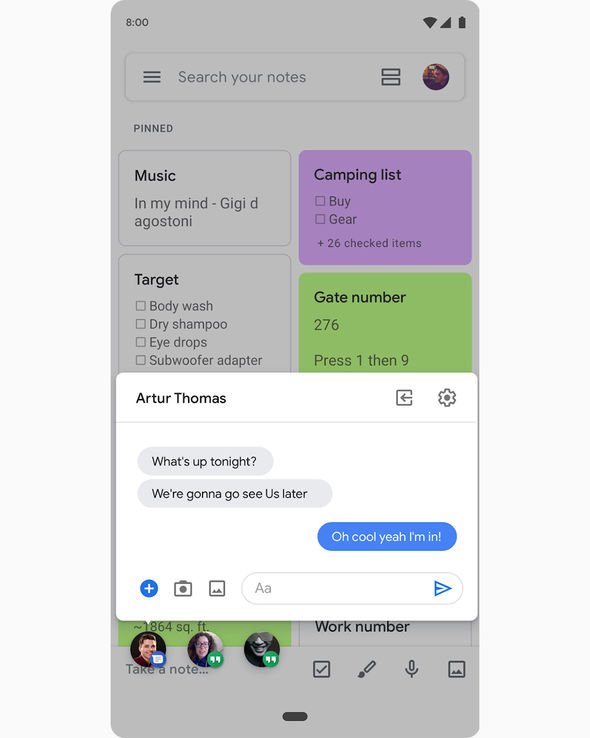 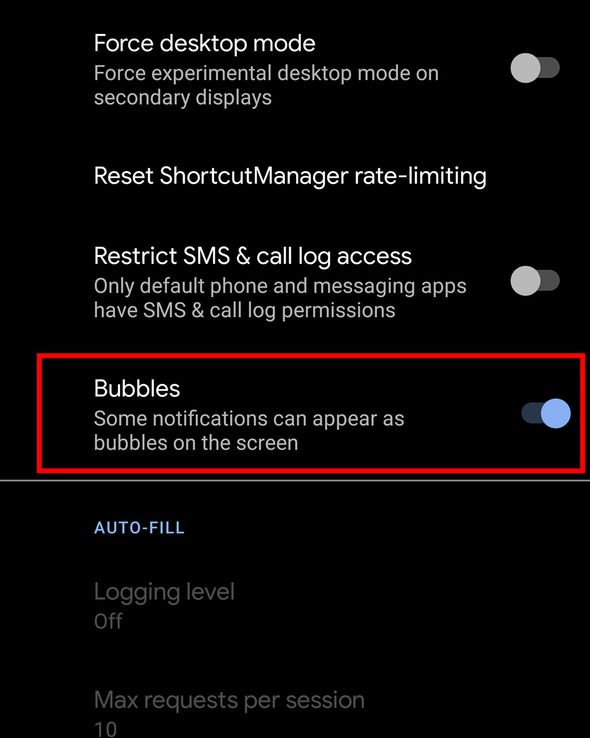 “Bubbles are great for messaging because they let users keep important conversations within easy reach. They also provide a convenient view over ongoing tasks and updates, like phone calls or arrival times. They can provide quick access to portable UI like notes or translations, and can be visual reminders of tasks too.”

Depending on how developers take to the new feature, Android users could theoretically use Bubbles to quickly reply to SMS, WhatsApp, Instagram messages and more with a quick tap on a floating icon. Of course, Bubbles can be moved a phone’s display at will, meaning they’ll never obstruct any important content.

Bubbles is available in Android 10, but only as an API for developers – the feature is expected to debut in a full capacity in Android 11.

With that said, XDA Developers recently found an option to enable Bubbles in the developer settings for a Pixel 4 running Android 10. The outlet pictured the feature working for Google’s Messages app, showcasing its quick reply functionality. It’s currently unclear how many apps support the feature at this time.

Essentially, when a Bubble is tapped it loads up a miniature version of the app in question that can be minimised with the press of a button.

If you want to enable Bubbles for your Android device right now, you’ll have to locate your phone’s build number inside the Settings app first of all. Tapping this several times will unlock your device’s developer settings.

Once you dive into developer settings, scrolling to the bottom of the menu should reveal a toggle appropriately titled “Bubbles” – tapping this will enable the feature.

Bethenny Frankel has to buy Christmas gifts for 100 people