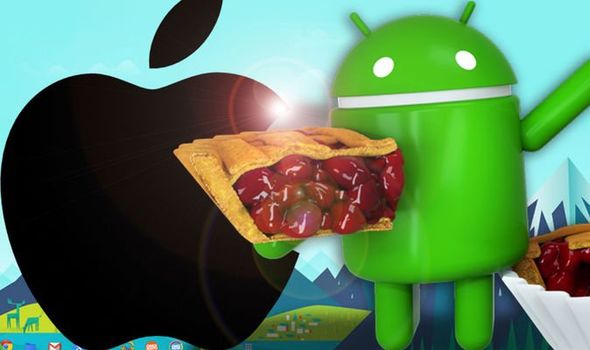 Fans of iOS and Android will argue long into the night about which operating system is best.

Both have their merits with Android offering a more open platform and a choice of more smartphones whilst Apple boasts of its impressive security and easy to use ecosystem.

However, there is still one big reason why Apple continues to have the upper hand and Google has just revealed why.

After months of waiting, the firm has finally revealed the latest stats for its Android operating system with a full view of just how many users have updated their devices to the new version of 9 Pie.

According to the new figures just over 10 per cent of all Android phones are running Pie with around 30 per cent using Oreo and 20 per cent on Nougat.

Amazingly, there’s still around 20 per cent of devices in the world that are using older Android software including KitKat and JellyBean.

If you compare this to Apple, and its iOS software, you can see why the iPhone has such a big advantage.

Stats from the US tech firm have shown that over 85 per cent of all users have switched to the very latest iOS 12 operating system.

This means that all of those devices get access to new security updates and the very latest features.

The same can’t be said for Android. 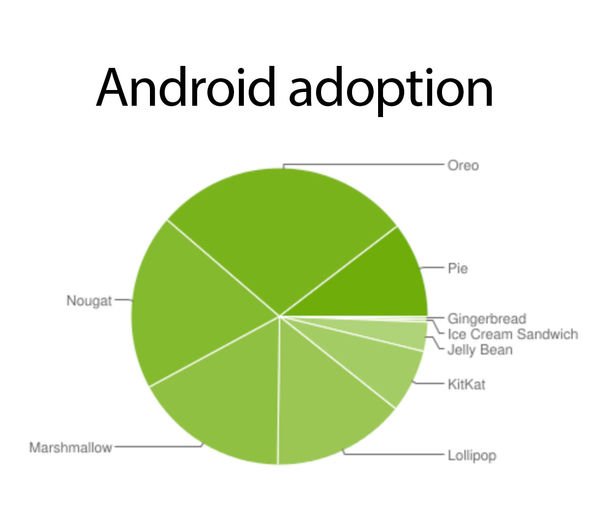 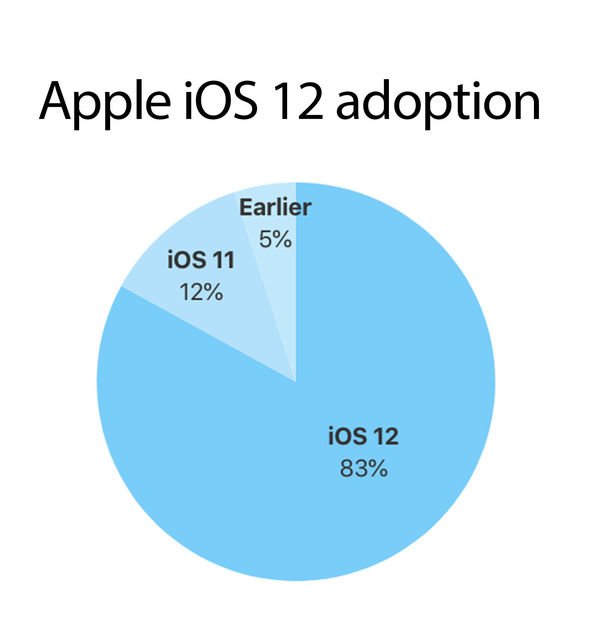 So why is there such a big difference in adoption rates?

Google says that most users of its own-brand Pixel devices have made the jump to Android 9 but that’s because, like Apple, the firm makes both the hardware and software.

Things aren’t so easy for other manufacturers who tend to adapt the Android operating system with their own unique skin.

This can take time to build and perfect and means a rollout happens much more slowly.

For example, Samsung has only recently released its version of Android 9 Pie, which it calls One UI, with the first Galaxy phones getting this update a few months ago.

If you purchased an Android phone on contract things can take even longer with the networks often having to test the update before pushing it out to customers.

Apple doesn’t have this problem with most people simply updating their phones on the day the new iOS is released.

So, although Android 9 Pie is now finally arriving on more phones it’s still got a long way to go before it catches up with the adoption rates of iOS 12.

Amazon launches its first fitness band in bid to take on Fitbit, others