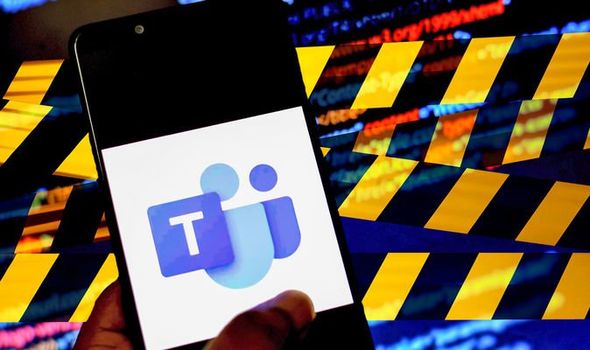 A full fix for the problem is coming to Android handsets with the January 2022 update, but in the meantime, Google has issued emails to all users urging them to update their Microsoft Teams app.

The email was highlighted by Mishaal Rahman, the former editor-in-chief of XDA Developers. Mishaal posted on Twitter: “Wow – Google is now emailing users telling them to update the Microsoft Teams app if they have a version that has the potential to trigger the emergency calling bug in Android.”

Only certain Microsoft Teams users are still at risk – with anyone updating the app after December 10 2021 safe from the dangerous bug.

The email Google has been sending out said: “Hello, you may have a version of the Microsoft Teams app installed on an Android device that may unintentionally prevent emergency calling (e.g. 911, 999, 112, etc. depending on your region) when you are not logged into the app.

“The issue is caused by an unintended interaction between the Microsoft Teams app and the underlying Android operating system. Please visit the Google Play Store and update to the latest version of Microsoft Teams immediately.”

The message goes onto add: “If you have updated the Microsoft Teams app after December 10, 2021, you can ignore this email.”

Chances are you probably have activated automatic updates on your Android device so have already installed the latest Teams patch. If not, then simply head to the Play Store and if an update button is showing for you on the Microsoft Teams app listing then click it.

As Google explained, this dangerous bug won’t affect all users – with certain pre-existing conditions needing to be met for the glitch to kick in.

Reports of this bug first emerged on Reddit, with one user detailing how their Pixel phone prevented them from calling an ambulance for their grandmother when she appeared to be having a stroke.

ASDA has boosted the amount of mobile data available with all of its SIM-only deals – without increasing the prices. ASDA doesn’t operate its own masts, but leverages Vodafone’s network. So, if you can get signal with Vodafone… you’ll be fine with ASDA.

You might associate Plusnet with broadband, but the company also has a successful SIM-only business too. For £9 a month, you’ll get 20GB of data each month, which should be more than enough for all of your WhatsApp messages, Instagram refreshes, and more. You’ll get unlimited minutes and texts too. The contract is 30-days, so you can switch to another deal at the drop of a hat too!

Three has slashed the price of its totally unlimited 5G SIM-Only plan. If you’re looking to get the most out of your existing smartphone, this is the SIM to do it. With unlimited downloads at superfast 5G speeds, unlimited text messages and unlimited calls for just £10 a month. That lower monthly cost will last for the first six months, before the SIM reverts to £20 a month

Although 12GB might seem a little modest in a list of SIM-only deals with multiple networks offering unlimited caps, Sky Mobile has a trick up its sleeve. Any unused data is rolled into the next month’s allowance, so you can quickly rack up a hefty bank of 5G ready for when you’re away from the home and work Wi-Fi networks. Better yet, streaming shows, movies and sports on the Sky Go app doesn’t count towards your allowance – so you can binge all you want on the train!

For just £1 a month more than the Sky Mobile deal above, you’ll get an incredible 36GB of mobile data to chomp through every month. With that kind of allowance, you won’t need to worry about running out of 5G, even if you stream all of your music, and watch a few Netflix movies away from your home Wi-Fi. There’s also unlimited calls and texts.

If you haven’t heard of SMARTY mobile, this network is owned by Three and uses the same 4G and 5G masts. So, if you can get a strong Three signal in your area… you’ll be fine with SMARTY. Better yet, this plan is a rolling monthly contract, so you can leave within four weeks if you spot a better deal elsewhere.

EE is offering a SIM with 150GB of data for £20 per month. This deal includes full access to 5G, enabling users with a 5G-compatible handset to download at speeds in excess of 300Mbps. That’s four times faster than the average UK home broadband speed!

If you have a 5G-compatible handset, you’ll want a SIM like this tucked inside to get the most from your device. As part of its ongoing Christmas sale, Vodafone is offering 160GB of 5G data speeds for £20 a month. Even better, there’s also unlimited text messages and calls too

Although you won’t enjoy any extra mobile data from this bundle compared to market-leader EE, you will get a free six-month subscription to Disney+. This incredible Netflix rival includes every Star Wars film, every episode of The Simpsons, every entry in the Marvel Cinematic Universe, and all of the animated Walt Disney Animation classics. You’ll also get unlimited calls and texts.

Google’s Pixel 3a is an unbelievably good lower priced phone