From today, Australian owners of Amazon Echo devices can play tracks, artists, playlists and radio stations from Apple Music just by asking with their voice, ending the three-way stalemate that locked Apple, Amazon and Google music services to their respective smart assistants.

Though Apple's music service has previously been added to Alexa in other regions, Amazon announced the feature's availability in Australia on Wednesday morning. Users can add the Apple Music skill via the Alexa app or Amazon's website. Once signed in, Apple Music will work just like Spotify or any other music service on Echo smart speakers; you simply ask Alexa to play a song, artist, album, genre or station. 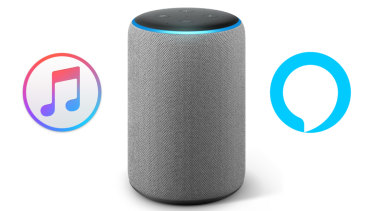 The move makes sense for both digital media giants, as Apple Music is far more popular than the HomePod, which was previously the only smart speaker that allowed voice control of the service. Likewise the lack big music services besides Spotify has been a limiting factor for Echo devices, with Amazon's own music service not seeing a big takeup in Australia. Now, both Apple Music users and Echo owners have another option.

The move also puts Google in a difficult position to a certain extent, as the company's smart speakers are not compatible with Apple Music, and its own music services are not accessible via Alexa.

Apple has been making an effort to diversify its content services beyond its own hardware, with Apple Music also available on other devices such as Android phones. Earlier this week, Samsung rolled out an update to its 2019 TVs (and select 2018 models) which added an official Apple TV app. This marks the first time users can rent and stream shows and movies from Apple on a device not made by the company.

Dad-of-two, 49, run over and killed outside M&S after 'stupid dispute' with BMW driver

Matthew Morrison Goes Green to Play the Grinch in Filmed Musical, Airing on NBC This December