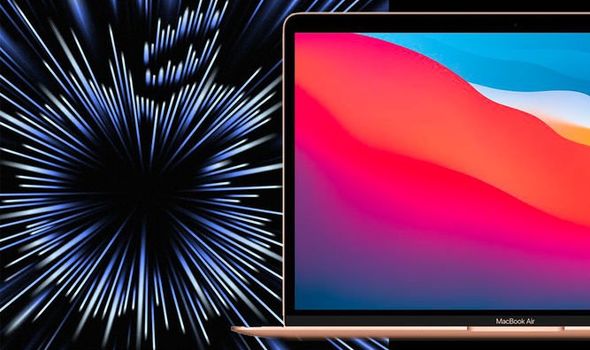 Last month Apple unveiled its new iPhone 13 range along with an iPad mini and Apple Watch Series 7. Now it seems the MacBook could be in line for another refresh with the US technology firm revealing that it will be holding a major next week – Monday, October 18. Invites, which have just been sent out to the world’s media, simply include the word “Unleashed” along with an Apple logo that appears to be heading into a Star Wars-style lightspeed.

Although Apple never confirms what it is about to reveal, it looks very likely that the event will showcase the next generation of MacBooks and all could be powered by the new M2 processor.

Last year we saw the launch of Apple’s very first M1-powered machines which have gone on to impress with great performance and long battery life – now things could be taken up another notch.

This Apple-made M2 chip looks set to power the more premium machines such as the 15-inch MacBook Pro and there’s a chance a new iMac Pro could also be revealed next Monday.

If the rumours are correct about these upgraded brains then users could be in for some serious performance gains that could make these machines the fastest Apple has ever created.

Along with that extra power, there could be some changes to the design with some experts suggesting that the Touch Bar, which changes depending on what application you are using – could be sent to the scrap heap. Bigger, edge-to-edge screens, new colours and the return of MagSafe, which has been missing since Apple removed it back in 2017, have also all been rumoured.

Even if you don’t want to buy a new MacBook the event could still be exciting with a launch date for the new macOS Monterey likely to be revealed.

This major software upgrade, which will replace Big Sur, was announced earlier this year during the firm’s yearly WWDC Developers Conference and there’s plenty to look forward to including big changes to FaceTime, Safari and the ability to move across multiple screens using the new Universal Control technology. macOS Monterey will be pushed out to most modern iMacs, MacBooks and Mac Minis.

If you want to know more about what Apple has in store then Express.co.uk will be bringing you all the news live as it happens. Tune in from 6pm on Monday, October 18.