Home » Apple ‘Spring Loaded’ Event: What time is livestream tonight? How do I watch live? 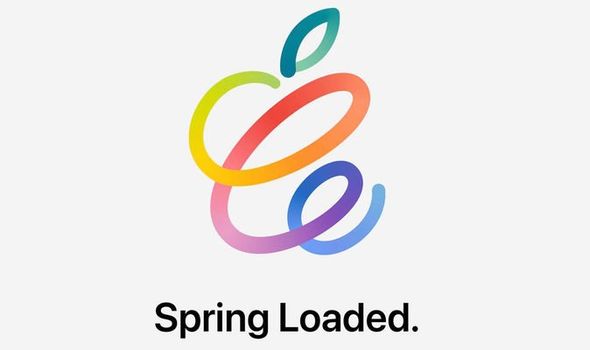 Apple is holding its first event of the year tonight. Invitations to the showcase were mailed out last week and teased the announcements with the cryptic tagline ‘Spring Loaded’. Save for an upcoming Apple-branded Pogo Stick, it’s pretty unclear what Apple is hinting at with that tagline. However, analysts and pundits have forecast that a revision of the iPad Pro, which is available in 11- and 12.9-inch variants, could be on the cards tonight as well as much, much more.

According to tipsters, the ‘Spring Loaded’ event could also see an update to Apple’s best-selling AirPods. These small wireless earbuds were last updated back in March 2019 and are starting to get a little long in the tooth. Rival ‘buds from Samsung now have double the battery life available from AirPods, while OnePlus has managed to squeeze fast-charging technology into its AirPods-lookalikes. It will be interesting to see whether Apple responds to either of these advances with its third-generation AirPods, which are widely-expected to have the same industrial design as its pricier AirPods Pro.

Another possible announcement could come in the form of iOS 14.5. The latter has been in beta testing for months and, according to third-party developers who are tweaking their apps to work with the latest update, looks is pretty good shape to release worldwide. iOS 14.5 is a sizeable update as it will include an update to Face ID that should prevent iPhone owners from constantly having to input their PIN code when wearing a face-covering – something we’re all having to do quite regularly at the moment.

If you’re interested in seeing what Apple CEO Tim Cook and co. have up their sleeves, here’s everything you need to know to watch tonight.

In the UK, Apple fans will need to clear their schedule from 6pm BST to watch the event live. It’s unclear exactly how long the event will be, but in our experience, these presentations never last for more than 90 minutes or so. If you’re outside of the UK, you’ll need to tune-in on April 20 at 10am PT / 1pm ET / 3am AEST on April 21, 2021.

Apple Event: How To Watch Live?

Thankfully, Apple is also hosting its September event on YouTube (right here) which works with just about every phone on the planet and can be beamed to your telly using a Google Chromecast or Android TV dongle, like the Nvidia Shield.

You’ll also be able to watch on any YouTube apps available on your iPhone, Android smartphone, Smart TV, or games console. And finally, if you have an Apple TV – Apple drops a dedicated app to watch its latest events, which should be accessible on your main screen this evening. We’ve embedded the YouTube stream for the Apple Event above, so you can sit back, put your feet up and stream right here without a worry.

The Sinner: Five shows to watch if you like The Sinner on Netflix