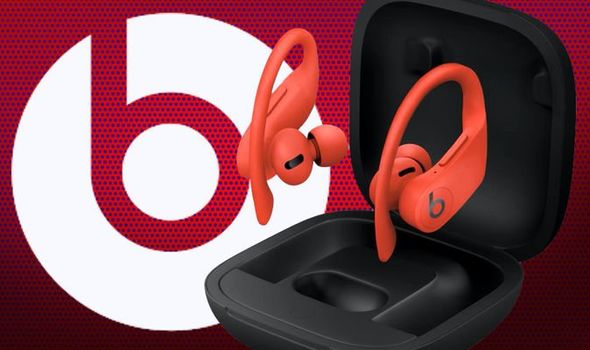 Apple has unveiled four new colours for its Powerbeats Pro headphones. Marketed under the Beats brand, which Apple bought for an eye-watering $3 billion back in 2014, these new fitness-focused headphones are much brighter than the current line-up of Black, Ivory, Navy and Moss colours available.

Clearly, Apple doesn’t think these moodier, autumnal colours make sense as people head outside for barbecues and runs in their local park. So, the Cupertino-based company has unleashed a splash of much-needed colour to the wireless earbuds, including Spring Yellow, Cloud Pink, Lava Red, and Glacier Blue.

The four new colours will be available with the same £219.95 price tag as the existing models when the new colours go on-sale on June 9, 2020.

Aside from the bright new colours, Apple hasn’t made any other changes to the Powerbeats Pro in the year since they launched. That means you’ll get the same nine-hour battery life, with the charging carry case topping up listening time to 24-hours total. A five-minute Fast Fuel battery feature will refill your earbuds with an hour and a half of playback time. 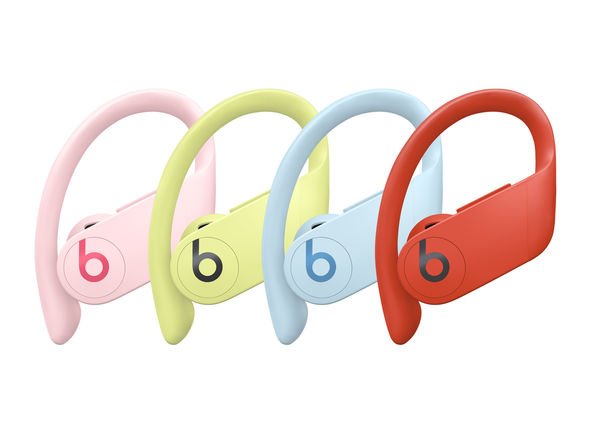 Unlike the AirPods Pro and Apple AirPods, the Beats Powerbeats Pro have adjustable hooks that hold the earbud in place in your ear – even during rigorous exercise. If you struggle to get small earbuds to fit in your ears, these hooks are a great compromise between the convenience of true wireless Bluetooth buds and the need to stay in your lugholes. Powered by the same Apple-designed H1 chipset as the AirPods, iPhone owners will be able to pair these wireless earbuds simply by flipping open the carry case near to your smartphone.

Pairing with your iPhone will let you seamlessly switch between any devices signed-in with the same iCloud details – so you can switch between iPhone, iPad and Apple Watch by picking up whichever device you want to use. “Hey Siri,” voice commands to send text messages, make calls, and set-up calendar appointments with your voice.

Of course, Android smartphone owners can also use the Powerbeats Pro …they’ll just have to dig into the settings menu to pair the new buds.

Powerbeats Pro will land on (online) store shelves on June 9, 2020 from the Beats website, Apple Stores and other retailers.

Dancing On Ice 2020: ‘Don’t do that’ Joe Swash receives warning from judges over slip-up

DNA leads to arrest of woman who allegedly left baby in ditch to die in 1981: Police

How ‘college for all’ only deepens inequality