Arsenal will face off against Watford at Vicarage Road in the Premier League this evening.

The Gunners are looking to return back into the Premier League top four and a win would see them draw level on points with fourth placed Chelsea.

But Arsenal have struggled away from home and know all too well the danger that Watford poses.

Last season in the same fixture Watford came from behind to beat Arsenal with Tom Cleverly nabbing an injury time winner.

If you want to watch all the action from Arsenal Watford then here’s how to tune in online. 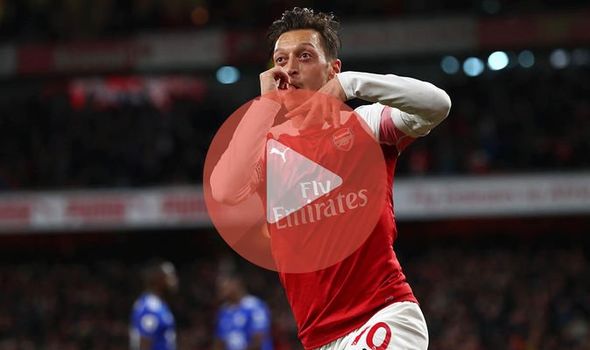 How to watch Watford vs Arsenal

The pre-match build-up starts at 7pm on Sky Sports Premier League and Sky Sports Main Event before kick-off at 8pm.

This means that all the action can be followed on your desktop or laptop via the Sky Go app, which if you’re an existing customer, is also available on iOS and Android smartphone and tablet devices.

Sky Go is also available on a number of platforms including Amazon Fire devices, iPad, Mac computers and laptops, Playstation 3, PS4 and Xbox One.

The Sky Sports app, available to download on iOS and Android devices, will also be providing live text coverage and updates.

If you’re not currently a Sky Sports customer but can’t stand to miss out on the action then you can add the channels to your box via a NOW TV subscription.

NOW TV doesn’t even require a typical television to use, as it is also available on a NOW TV Box, Chromecast, PS4, PS3, Xbox One, Xbox 360, Roku, LG Smart TV, PC or Mac, and selected mobile and tablet devices.

After Pennsylvania Man With Stage 4 Cancer Holds Yard Sale To Fund His Funeral, Community Pitches In To Help