Home » Technology » BBC licence fee set to be scrapped in funding shake-up, how would YOU pay under new rules? 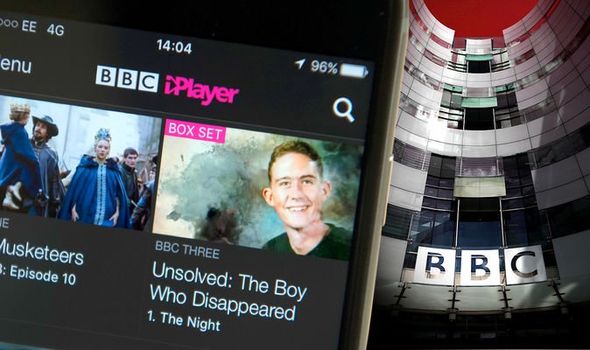 The future of the licence fee has been thrown into doubt, following an announcement by Culture Secretary Nadine Dorries. The UK Government has already announced plans to freeze the BBC licence fee for the next two years – resulting in a real-terms pay cut to the BBC due to the spiralling inflation, that’s also set to trigger record-breaking price increases for those with broadband contracts. The BBC licence fee will remain at £159 a year until April 2024 when it will begin rising in line with inflation until the end of the existing Royal Charter on December 31, 2027. And after that?

The UK Government will introduce a new Royal Charter – the constitutional basis for the BBC, which is designed to set out the broadcaster’s mission and funding model – that will last for the next decade, with a review by ministers at the mid-point. Culture Secretary Nadine Dorries hopes to introduce an entirely new funding model for the Beeb. An ongoing review by the Government will look into whether “a mandatory licence fee is appropriate” in the 21st Century.

Politicians have spoken about ditching the BBC licence fee for decades, but the latest moves from Boris Johnson’s cabinet suggest its days could be numbered. If the UK Government decides to see off the funding model from January 1, 2028 …what could replace the BBC licence fee?

Get access to a bevy of Hollywood blockbusters and original series, including the award-winning Clarkson’s Farm, The Boys, and upcoming Lord Of Rings show without paying a penny. Prime Video also boasts live sports coverage of Premier League matches, international rugby and the US Open. Prime Video is available on your smartphone, tablet, Smart TV, Sky Q and dozens of other devices. Cancel anytime and pay nothing, what’s there to lose?

Lawyer for Carole Baskin's Missing Husband Says He Was Strangled, Thrown from Plane