Home » Technology » BT, Sky and TalkTalk customers will finally get the broadband boost they deserve

Broadband customers across the UK could see a huge boost in speeds later this year. Openreach, which supplies the internet infrastructure for firms such BT, Sky and TalkTalk, has announced a vast investment plan that will see ultra-reliable, full-fibre gigabit-capable cables connected to more than three million homes and businesses in some of the UK’s hardest to serve communities.

This upgraded service could see speeds boosted by over 10 times what’s currently available. Full-fibre connections can offer users downloads at well over 500Mbps – that’s quick enough to download a full HD movie in under to minutes. For comparison, the average broadband speed in the UK right now is 64Mbps.

Speaking about the infrastructure update, Openreach CEO Clive Selley said: “This year we’ve all seen the importance of having a decent broadband connection and at Openreach, we’re convinced that Full Fibre technology can underpin the UK’s economic recovery.

“Right now, we’re building a new, ultra-reliable full-fibre network that will boost productivity, cut commuting and carbon emissions, and connect our families, public services and businesses for decades to come. It’s Ofcom’s proposals that give us the right conditions to build commercially in hardest to reach areas.” 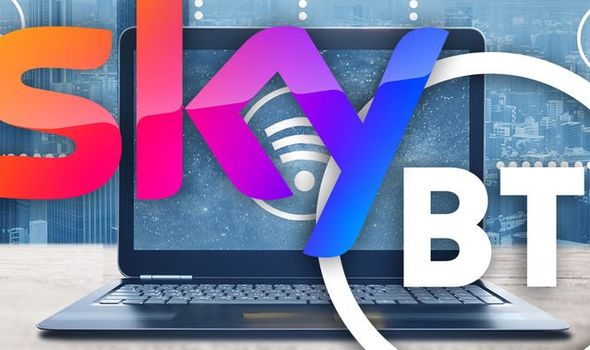 And Oliver Dowden, Digital Secretary, added: “Fast and secure internet connections will be a vital tool to help our economy recover and we have committed £5 billion to make sure the hardest-to-reach areas of the UK aren’t left behind. Today’s announcement is a significant step forward, with Openreach delivering better broadband so 3.2 million families and businesses can work and enjoy faster speeds.”

This news comes as the UK Government continues to push for making gigabit capable networks available to everyone nationwide by 2025. It’s a bold commitment especially as hundreds of thousands of properties still lag way behind those speeds. According to the latest stats, 95 percent of UK premises have access to what can be defined as “superfast broadband”. While that might sound quick, the Government defines this superfast service as having download speeds of 24 megabits per second (Mbps) or more.

For context, Netflix requires 25Mbps to stream in Ultra HD quality. So, even if nobody else was connected to the Wi-Fi – households with these “superfast” speeds wouldn’t be able to watch anything in 4K quality on the television, on YouTube, or Amazon Prime.

Clearly, that’s not in the same league as gigabit-capable broadband which can deliver one gigabit per second (1 Gpbs is equal to 1,000Mbps). At that rate, users can stream high definition films to their TVs in under one minute – while other family members or friends are making video calls, streaming music, watching catch-up television, or downloading a software update for a PC.

Industry stakeholders have welcomed the Government’s ambition to boost the UK’s broadband but have warned that the 2025 target can only be achieved with urgent policy reform to address barriers that are delaying roll-out. Barriers cited include access to properties to install infrastructure, new homes being built without full-fibre and skilled labour shortages.

End of the Galaxy Note: Samsung may never make this popular phone again

Confirmed coronavirus cases in Mexico rise to more than 200