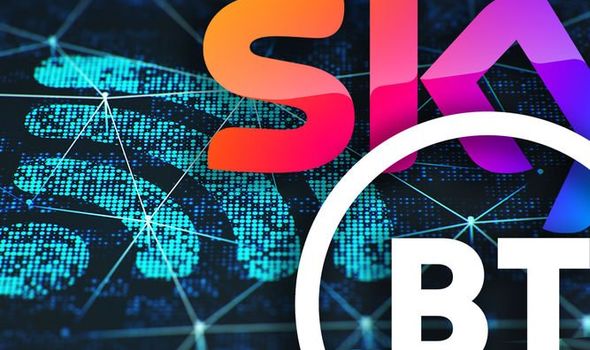 If your broadband isn’t up to scratch, it might be worth checking with your Internet Service Provider (ISP) to determine whether faster speeds are available in your street. Openreach, which supplies broadband infrastructure to firms including BT, Sky and TalkTalk, has just announced that it’s switched on its next-generation ultrafast broadband in another 170 locations across the UK and is now urging consumers to find out if their downloads may actually be better than they think.

Addressing BT, Sky, TalkTalk, and Plusnet customers, Openreach CEO Clive Selley said: “I would urge people to check out our website to see when we’re coming to your street.”

“Reaching six million homes and businesses with Full Fibre represents nearly a quarter of our total build target so is a significant milestone and underpins our commitment to build the largest and best Full Fibre network in the UK,” Selly added, “More than a million customers are already enjoying our most revolutionary and reliable broadband ever and that number is growing all the time. That’s a great start, but there are millions more who could connect today – so I would urge people to check out our website to see when we’re coming to your street.”

An example of how much better this technology is compared with ageing copper lines is when you start downloading big files such as movies or games. A standard 70Mbps connection would allow you to access an HD blockbuster in around 11 minutes. The same film would take just one minute to arrive using 500Mbps technology.

Openreach says that around 40,000 extra properties are being upgraded every week to Fibre-to-the-Premises broadband and it remains on target to have 25 million premises connected by December 2026.

This latest news for BT comes as Virgin has also announced that it’s connected another 1.6million homes to very its very best Gig1 technology meaning 90 percent of its users can now access this blisteringly quick connection.

Gig1 offers downloads in excess of 1Gbps which is around 14 times faster than the current UK average. Virgin Media O2 says it has now upgraded its network to this next-generation connectivity in towns and cities including Lincoln, Bath, Lancaster, Fife, Huddersfield, Ipswich, Slough and Salisbury among many others.

For a limited time, BT has slashed the price of its fastest fibre broadband packages in half for the first three months of your contract! After that, your monthly bills will rise to £34.99 a month. But with download speeds of 150Mbps, this super-speedy package means you’ll rarely see any buffering when streaming a boxset, making a video call, and more!

View Deal Broadband only – no landline

If your broadband is out of contract, Vodafone’s new “Switch and Save” deal estimates that you can save as much as £300 by switching to one of its newly discounted plans. With average download speeds between 65-73.5Mbps, this isn’t the fastest connection on the list, but it’s a great price. If you have a SIM plan with Vodafone, you’ll benefit from a free tablet too

TalkTalk is offering its fibre broadband at a discounted price, with customers now able to access to the web from just £23 a month. You will need to pay a one-off £4.95 charge for the postage of the new Wi-Fi router, but that’s it. TalkTalk says to expect up to 67Mbps download speeds, which is about average – and more than enough for smaller households

Plusnet has dropped its £10 activation fee on this plan – and added a £60 Gift Card to its popular Fibre Extra plan for Black Friday. In terms of the broadband bundle, you’ll get acceptable 66Mbps speeds and unlimited usage. The 18-month minimum contract isn’t the shortest on this list, but it won’t tie you in as long as some providers, like BT

For a limited time, John Lewis is handing out a £50 voucher to spend in its stores or Waitrose when you sign-up to its fibre broadband plan. Coupled with the free evening and weekend calls to a landline, the unlimited usage, and the short 12-month minimum contract length – this is a superb deal

For Black Friday this year, Virgin Media has slashed the price of its M100 broadband down to £25 a month. Usually priced at £44 a month, this incredible deal offers speedy downloads at 108Mbps. You don’t need to worry about a landline phone either as this is a broadband-only contract.

While GigaClear might not have the brand recognition of some of the other brands in this list, it more than makes up for that with some phenomenal deals. Right now, you can get 300Mbps download speeds – almost 4 times faster than the UK average speed – for less than £25 a month. You’ll also get unlimited downloads and free installation

Hyperoptic is one of the new kids on the block. Unfortunately, that means it’s not available quite as widely as BT, Sky or Virgin Media, but if you’re lucky enough to have its gigabit-cable cables in your street – there are some amazing deals to be had. For example, you can secure 1Gbps download speeds (more than 14x faster than the UK average broadband speed!) for just £35 a month. BT and Virgin Media charge around £60 for those eye-watering speeds!

Unfortunately, this super-speedy bundle isn’t available nationwide, but if the cables in your street have been upgraded to support these lightning-fast downloads – it’s a brilliant deal. TalkTalk doesn’t ship its own Wi-Fi router to customers who opt for this package, instead, it provides an Eero 6 Pro, which costs £229 when bought from Amazon

Almost 14 million Virgin Media customers nationwide can access the company’s fastest broadband speeds – more than 1,000Mbps. That’s fast enough to download a two-hour blockbuster film in crisp HD from Netflix in under 100 seconds. Woah. Unfortunately, those speeds come at a cost – but will be essential for busy households or home-workers who are always in video calls!

Jane Fonda Isn't Going to Have More Plastic Surgery: 'I'm Not Going to Cut Myself Up Anymore'