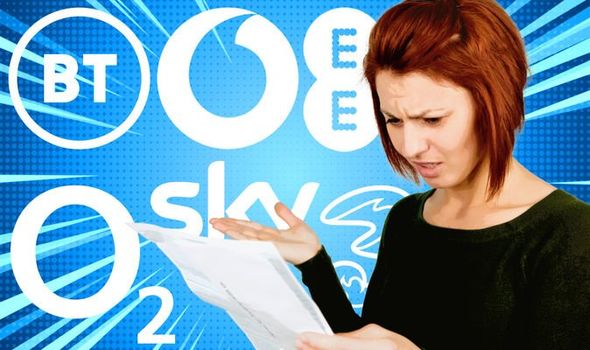 While a barrage of price rises on April 1 might sound like a bad joke, unfortunately, it’s something millions of us will have to face in a few weeks time. A slew of companies have confirmed plans to increase prices for those in-contract for their mobile data, broadband, satellite television, and more. Virgin Media has already cranked-up prices for telly and broadband customers. The average increase for Virgin customers was £3.63 a month (an extra £43.56 each year) but the unlucky ones were hit with £4.50 a month (£54 a year) extra on their Direct Debit.

Next up, BT and EE customers will see their bills kick-in on March 31, 2021. BT, which owns EE and Plusnet, uses the Consumer Price Index, or CPI, to adjust the amount customers pay each month. Each year, BT takes the CPI rate of inflation and then adds an additional 3.9 percent. So, in total, that’s a rise of 4.5 percent compared to what you’re already paying each month.

For example, if your BT broadband bill clocks in around £40 a month, you’ll need to cough up an extra £1.80 on each bill. That’s around £22 extra over the course of a year.

According to BT, that sort of increase is pretty typical. BT told Express.co.uk that the average increase for customers would most likely be less than £2 a month – £24 per year – but it will be an unwelcome change for everyone hit by the hike. Along with broadband and phone customers seeing higher bills some BT Sport subscribers will also be hit by the 4.5 percent rise. The latter impacts anyone who watches this BT Sport content as part of a contracted TV deal.

Plusnet hasn’t confirmed a price rise yet, but acknowledges that monthly charges could be reviewed later in the year.

On April 1, Three customers will be confronted with a 4.5 percent rise – the same as those who use BT Broadband or have a SIM contract from EE. Three customers who renewed their contract – or took out a new one – from October 29, 2020 will be hit with the increased costs. This includes all those with a pay-monthly contract, including those with tablets as well as smartphones, home broadband and mobile internet.

MORE LIKE THIS
You could be overpaying for your Netflix subscription

If you’re a Three customer and took our your contract or renewed between May 29, 2015 and October 28, 2020, then your monthly bills won’t increase until May 1, 2021. And better than that, you’ll only see a 1.4 percent increase to your current costs. That’s because Three customers during this period signed up to different terms and conditions, which only allows bills to rise in-line with January’s Retail Prices Index (RPI) measure of inflation, which is now confirmed as 1.4 percent for this year.

Anyone who took out a Three deal before May 29, 2015 won’t face any increase at all.

Likewise, Vodafone customers will face different price increases depending on when they took out their contract, or last renewed. Those who signed-up to a new contract or renewed from December 9, 2020 will see their monthly bills increase from April 1, 2021. And like Three, BT, and EE customers, it will be 4.5 percent. That most likely means customers will need to find an extra £2 or so each month, or around £25 extra each year.

Vodafone has confirmed that pay-monthly, SIM-only, smartphone and tablet contracts, as well as those who pay for an Apple Watch or Samsung Galaxy Watch with a monthly contract will be impacted by the latest rise. To calculate its rise, Vodafone relies on the CPI measure of inflation announced in January + 3.9 percent.

Vodafone customers who signed-up to a home broadband deal from February 24, 2021 onwards, your monthly bills won’t rise until April 1, 2022. As above, it will be the CPI published early next year, plus the same 3.9 percent extra.

O2 customers can also expect to see their Direct Debit increase on April 1, 2021. Unlike the above, these rises will be 1.4 percent extra. The price hike will impact anyone who signed-up to their O2 contract after January 23, 2014 …so, most current customers. If you’re still rocking a pre-January 2014 contract and haven’t renewed or made any changes, your price remains the same.

O2 says it’s writing to all those who will be impacted by the price rise to let them know in advance. As with all of the price rises listed so far, customers won’t be able to cancel penalty-free unless they’re already out of the minimum contracted period as these rises are all in black-and-white in the contracts.

And finally, Sky TV, broadband and landline customers are set to be hit with price hikes of up to £72 a year. This price rise will impact existing telly and home broadband customers from April 1, while home phone customers will enjoy their current pricing for an extra month until May 1, 2021. If you’re one of the unlucky ones to be hit with the increase to your monthly bills, Sky has pledged to confirm the price hike in an email or post between Wednesday February 17 and Saturday March 27, 2021.

According to Sky, most customers will see an increase of around £3 a month, roughly £36 a year. Only eight percent of its customer base will be charged the maximum £6 extra a month, or £72 a year. Depending on the deal when you signed up to Sky, or whether you have a special offer or discount applied to your account, can all impact the price hike. You’ll need to wait for your personalised letter to land in the post to find out exactly what you’re going to be paying each month from April 1, 2021. It’s well worth waiting until you receive confirmation from Sky that your bill will be changing before getting in touch with the customer service team.

Sky is increasing the entry-level telly bundle, now known as Sky Signature, from £25 to £26 a month, with multi-screen support also rising by the same amount. The High Definition add-on, which lets you watch and download content in 1080p or Ultra HD (if you have the correct kit) rises from £6 to £7 extra a month too. 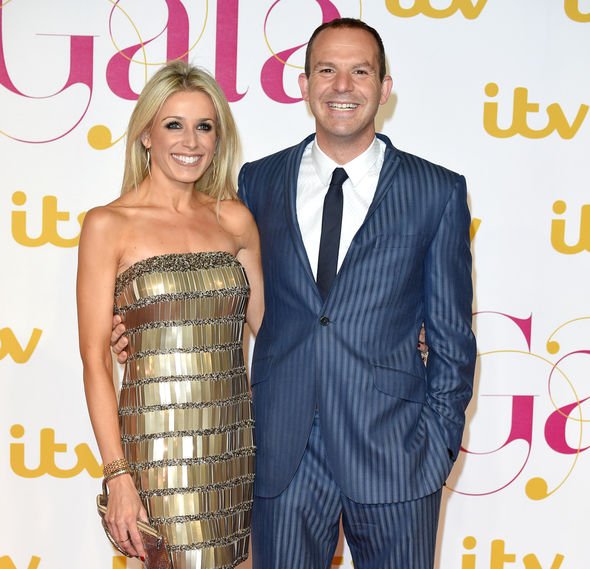 The TV licence fee is also due to increase at the same time – bumping up the cost of watching telly by a little more.

Speaking about the oncoming price rises, Martin Lewis advised customers who are out of the initial contract period to use this opportunity to renegotiate a deal with your provider – or switch. In an interview on BBC Radio 5 Live, the “money saving expert” said: “Price hikes are coming at the end of this month. Vodafone, EE, Three, BT, Sky, TalkTalk Virgin, EE and O2 are all raising prices. If you’ve got one of those contracts it’s time to start haggling. Yes, many customers will not be able to switch because they’re locked into a contract – and the price rise is written in the small print – but millions who are rolling deals can take advantage and save some money.

“If you’ve received a letter from your provider on a rise that’s not in the small print, you have 30-days from the day you receive the letter to cancel your contract – again, this is your opportunity to score a lower deal. I’m talking all about call centre haggling – the powerhouse of haggling in the UK.”

Ashley Iaconetti and Jared Haibon: Everything You Need to Know About the 'Bachelor in Paradise' Couple's Engagement

What does the latest government Covid-19 announcement mean for Christmas?