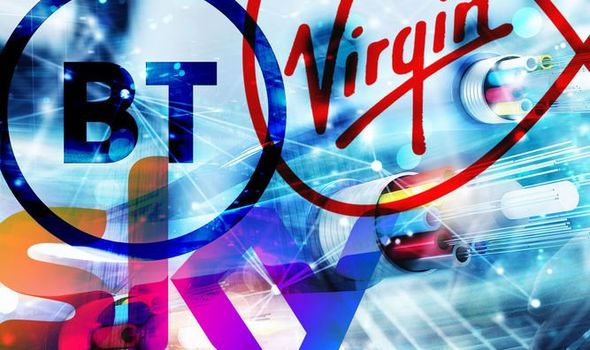 BT, Virgin Media and Sky might be the biggest household names when it comes to broadband but there are plenty of smaller brands continuing to emerge all over the UK. Firm’s such as Community Fibre and Hyperoptic are all launching superfast full-fibre in numerous areas of the UK with some even offering speeds in excess of 1Gbps – that’s almost 20 times faster than the UK average. These companies are called Alternative Networks (altnet) and some new research is suggesting that they will gain some serious traction over the coming years.

A study put together by the team at Point Topic and commissioned by Netgem says that Alternative Networks could have around four million customers by 2025. That’s a market share of around 14 percent and a jump of two percent from their current user base.

Although the big names of BT, Sky and Virgin will still have the majority of customers the thought of smaller firm’s stealing users should certainly keep them on their toes and might help improve speeds and keep prices low. The broadband market is now flooded with suppliers with firm’s such as Shell and the Post Office even offering broadband into homes.

What makes the emerging Alternative Networks so attractive is that they own and operate their equipment and cables and are not dependent on the BT OpenReach network.

That means you could find your home can get much faster download speeds than what many of the main Internet Service Providers can offer. That’s because a lot of homes serviced by Openreach still have ageing copper lines entering the property. That can slow things down to a snail’s pace. Most Alternative Networks bring a full-fibre connection right through your walls meaning the signal is just as good in your property as it is when it leaves the main exchange.

For example, Community Fibre has just announced that it is launching a service that will offer its customers an incredible speed of 3Gbps.

At that rapid rate – which is 46 times faster than the UK average – it would take just 11 seconds to download a Hollywood blockbuster in pin-sharp HD quality.

Speaking about the new research Netgem UK CCO Shan Eisenberg: “To make the most of the gigabit broadband revolution, altnet and challenger ISPs need to think about offering customers more ways to get the most out of their faster connection as they make the jump from copper to fibre and the leap from household names to newer entrants. This could help make growth projections even higher than the data suggests.

“In fact we now have market evidence that attachment rates of 50% can be reached for both TV and whole home WiFi allowing ISPs to increase both their fishing pool and ARPU, and in turn smash their growth targets.”

And Oliver Johnson, CEO Point Topic, added: “These are exciting times for broadband in the UK as operators really ramp up their full fibre infrastructure upgrade. As we move towards widespread gigabit broadband availability in the next few years, providers should take advantage of value-added services to help customers get the most out of their connection.”

What Is The Great Unknowns Scholarship? Kia’s 2019 Super Bowl Commercial Is Paying It Forward