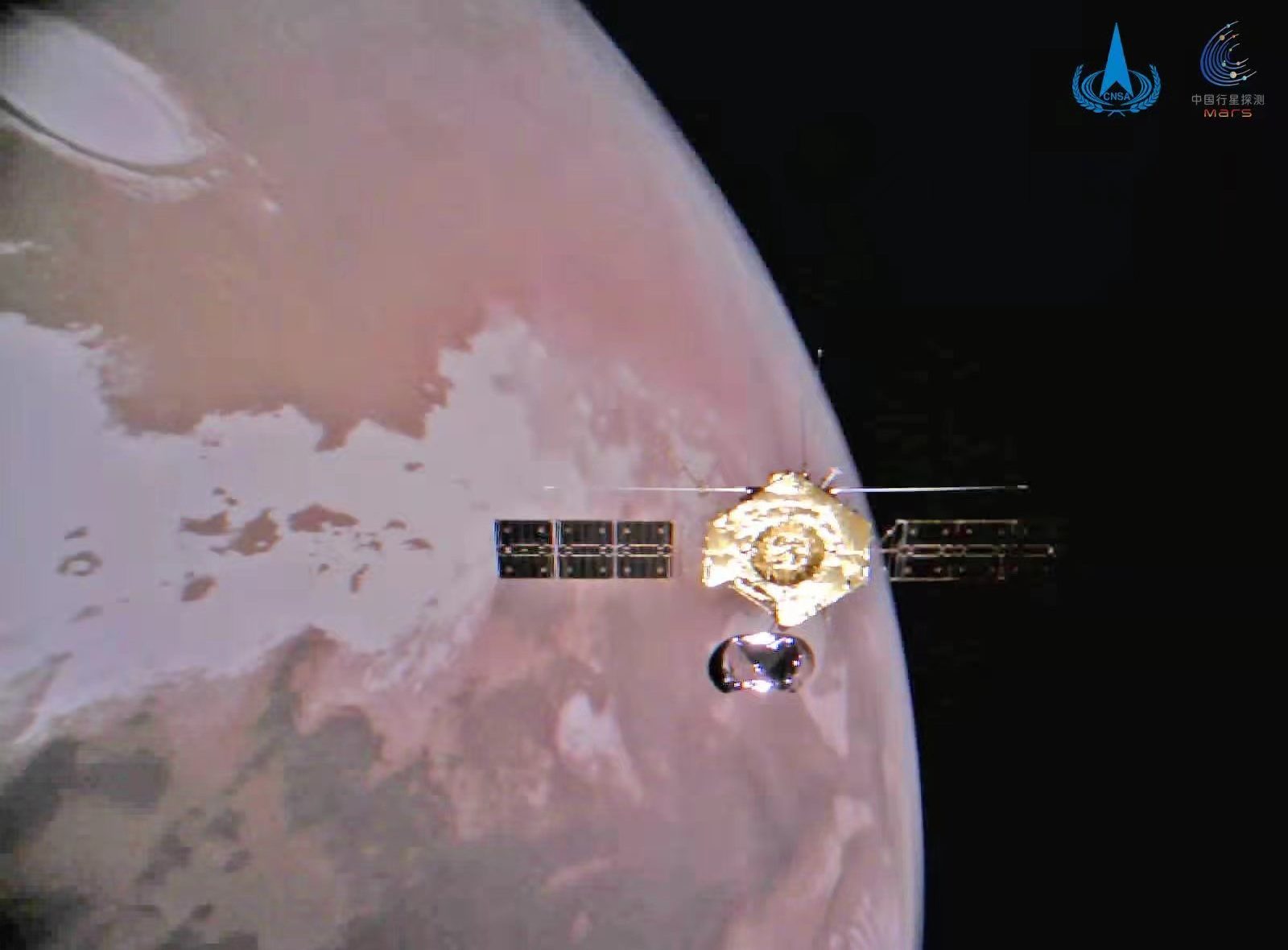 China has kicked off the new year with a win in space. On Saturday, the Chinese space agency, published photos of its Mars orbiter Tianwen-1 circling above the north pole of the red planet.

The images show the ice caps on the north pole of the red planet. According to the CNSA, the images were taken by a detachable sensor equipped with two wide-angle lenses on the outer wall of the probe that was controlled from Earth.

Two of the photos, fully or partially capture the mission’s orbiter, which helps in maintaining communication between Earth and the probe situated on the Martian surface.

The CNSA said that the photo showing the entire orbiter was the first of its kind and was taken from a camera released from the spacecraft.

The two other images include one of the barren red surface of Mars and another of the planet’s north pole, covered in ice.

The image of the Martian surface includes parts of the Zhurong rover which has already spent 224 days working on the red planet, covering more than 1.4 kilometres, according to the CNSA.

The rover was originally expected to have a life expectancy of three months and with this milestone, it looks like the mission is going better than expected for China.

The Tianwen-1 mission has obtained and transmitted 540 gigabytes of data and still has ‘sufficient energy’, according to a statement released by the Chinese space agency.

The mission travelled a total of 450 million kilometres before entering the Mars orbit on February 10.

Its landing probe, Zhurong, reached the surface of the planet on May 15, making China the third country to successfully land a rover on the red planet after the United States and the former Soviet Union.

Tianwen-1 whose name roughly translates to ‘heavenly questions’ is China’s first exploration mission to Mars and the first in history to combine travel, orbit entry and descent into a single mission.

Chinese scientists hope to find more evidence of the existence of water or ice on the planet, as well as carry out research on the material composition of the Martian surface and the characteristics of the planet’s climate.

The rover will also examine the Martian atmosphere, looking closely at the ionosphere, one of the highest atmospheric layers.

Once the rover lands, China will name its craft – the final name has yet to be decided, but names in the running include Hongyi, meaning ambition and persistence, Qilin, a mythical hoofed creature, and Nezha, a rebellious young deity.

China eventually hopes to establish a base on Mars. Two years ago, China revealed a simulation Mars base on Earth. For this to become a reality, information from Tianwen will be vital.

Startup diary: When to run and get value from an event as you focus on marketing

Charlamagne tha God is ready to ‘micromanage’ his three girls