Google’s Chrome remains the world’s favourite web browsers and its rivals still have a massive gap to close before they get anywhere close to stealing its crown. However, Microsoft is making some big changes to its Windows 10 operating system and it could mean Google’s dominance is finally threatened.

Microsoft’s new Edge, which is actually an open source Chromium browser, has already started to increase in popularity.

Latest stats, gathered by NetMarketShare, suggest that Edge is now the second most used web browser on the planet. In fact, the Microsoft-designed app has surged to almost 7.6 percent of the market in March. That has allowed the software to eclipse a declining Mozilla Firefox, which stands at roughly 7.2 percent.

Of course, Edge is still far behind Chrome’s 68.5 percent. But storming into second place is a sizeable accomplishment for a web browser that is less than three months old and that number could be about to get even bigger.

That’s because the Redmond firm looks set to push its latest version of Edge out to more PCs across the world. 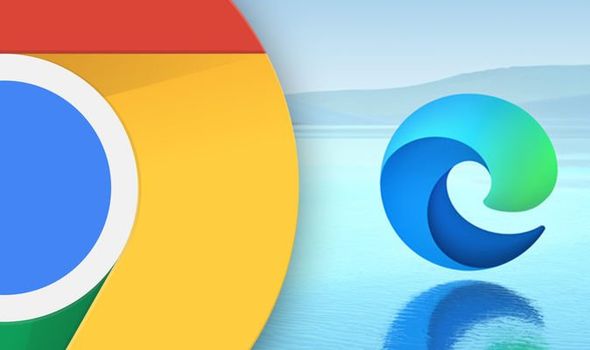 In a support document on its website, Microsoft states, “This update will be downloaded and installed automatically from Windows Update.”

Some technology websites are reporting that Edge will be rolled out to most Windows 10 users and, if true, that could mean Chrome gets a serious challenge as one billion people now use Microsoft’s latest operating system.

Although Microsoft is clearly making a big push for users to switch to its Chromium-based browser, Google isn’t going down without a fight.

The US firm is now actively targeting those using Edge.

As spotted by TechDows, its seems Google is sending out messages to users when it spots they’ve logged into their Gmail accounts with the Edge browser.

The note then urges them to give Chrome a try instead with it saying: “Hi, you’ve just signed in on a new computer. Make most of Windows 10 with Chrome browser. Chrome is a fast, simple, and secure browser built for the modern web. Download Chrome”

We will have to wait and see what happens in the war of the web browsers but is seems Chrome may finally have some real competition on its hands.

Everything you NEED to know before joining club Vegan