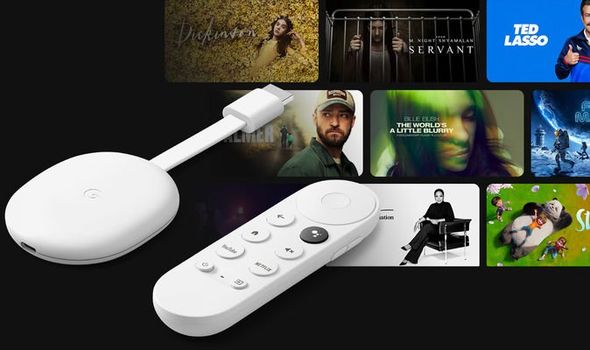 Apple TV is now available for Chromecast with Google TV. The streaming service, which launched in late 2019, offers access to exclusive shows and films from Apple TV+ as well as any purchases from iTunes – with all of the special features intact and, more often than not, now upgraded to 4K HD at no extra cost. Apple TV was one of the biggest gaps in the app library for the redesigned Chromecast hardware, which launched in October last year.

Following a number of partnerships with Samsung Smart TVs, Roku, Amazon Fire TV Stick, and more, Google now offers access to Apple TV too. Google has confirmed plans to launch an Apple TV app at the end of last year, teasing only that it would arrive in “early 2021”. And on cue, the Apple TV app can now be downloaded to your Chromecast with Google TV using the Google Assistant remote to search for the name of the app in the Play Store.

For iPhone owners, this is especially useful as Apple is still offering free unlimited streaming of its Apple TV+ shows for anyone who has bought a new smartphone, tablet, or Mac from the company in recent months. The deal, which launched alongside the iPhone 11 and 11 Pro last year, has been extended a number of times and is not due to expire until July 2021. If you took advantage of the offer when it first became available, the free year of Apple TV+ that Apple initially promised is now 21 months.

Like a number of streaming services already available on the Chromecast with Google TV, series and films from Apple TV+ will be deeply integrated into Google TV’s aggregation system, so these will be recommended from the home screen based on your interests. You’ll also be able to dive back into a series by selecting the preview from the home screen – without the need to find the streaming app, open it, and navigate around the menu to find the show you were streaming.

If you have an impressive digital film library in iTunes (these versions often boasts Behind The Scenes featurettes and extras you won’t find in other stores, like Google Play or Amazon Prime Video), all of these titles can also be accessed from the Apple TV app too. Likewise, any boxsets will now be available on your Chromecast with Google TV.

Chromecast with Google TV was unveiled back in September and represents a dramatic shift for the Chromecast brand.

Until now, these hugely-popular devices were designed to be controlled entirely from a smartphone or tablet, with streaming services like Netflix and All 4 incorporating the Cast button into their iOS and Android apps to beam the episode or movie onto the big screen. The Chromecast itself didn’t have a menu system, or any apps of its own – it relied entirely on users having access to other gadgets. Tabs from a Google Chrome web browser could also be shown on the telly – a nifty trick when trying to boost productivity while working from home. 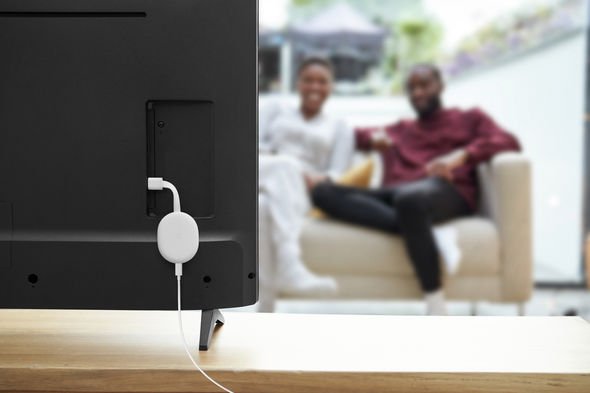 But with the arrival of Chromecast with Google TV, the HDMI dongle added a remote control and a rich menu with its own apps optimised for the big screen. Built on the existing Android TV software, Google TV brings a load of personalisation and recommendations to the table. Based on your viewing history, Google will recommend new shows and films that it thinks will appeal to your tastes. Rotten Tomatoes scores are also displayed on the main menu – helping you quickly assess whether a new movie is worth your time, or one to hastily swerve.

Since Chromecast with Google TV builds on Android TV, it launched with a pretty solid selection of streaming apps, including Disney+, Netflix, Amazon Prime Video, BBC iPlayer and ITV Hub, to name a few. However, there were a few notable holdouts, including All 4 and Apple TV. While the former includes a Cast button inside the iOS and Android app, so you can beam it to the Chromecast with Google TV as a workaround. Since Apple does not support this feature in its TV app, viewers had to wait until the official Apple TV app arrived on the platform.

Any Apple TV channels, such as StarzPlay or Arrow, that you’re already subscribed to will be available within the Apple TV app on Chromecast with Google TV too.