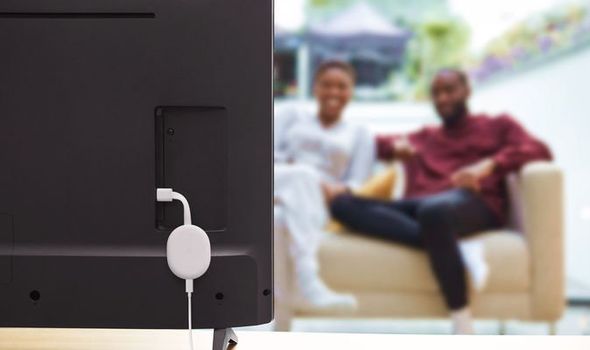 The all-new Chromecast with Google TV is the successor to the best-selling streaming dongle of the same(ish) name that launched in 2013. It also represents the first major revision of the hardware, which lets you beam streaming services, web browser tabs, and family snaps onto the big screen from any Android or ChromeOS device (and a healthy selection of iOS apps).

While the Chromecast with Google TV keeps the same “Chromecast” branding and Hockey Puck-esque design, those are the only similarity with its predecessor. The upgraded streaming dongle, which plugs into the HDMI and USB ports on back of your telly, now ships with a remote control. Yes, that’s right – after years of forcing Chromecast owners to pull out their smartphones each time they need to pause their show, or skip to the next episode, Google has included “our most requested feature – a remote – to Chromecast,” the blog post confirms.

Just like the remote you’ll find bundled with Amazon Fire TV, Roku Streaming Stick, Nvidia Shield, and Apple TV, the remote control has a built-in microphone to summon a voice assistant. In this instance, it’s the Google Assistant. Pressing the button will allow viewers to ask the chatty AI for recommendations of new shows to watch, searches for new games to play on the Chromecast, trivia on favourite actors and more.

Of course, Google Assistant isn’t only limited to Chromecast-themed questions. You’ll still be able to ask the virtual assistant to tell you the latest headlines and weather reports, as well as solve any complicated maths equations, track your latest takeaway order, and bring-up a live video feed from your Nest smart doorbell when a knock rudely interrupts your Friday night movie marathon.

The remote control also ships with dedicated shortcuts to YouTube and Netflix – so you’ll be able to jump back into your favourite show with a single tap. 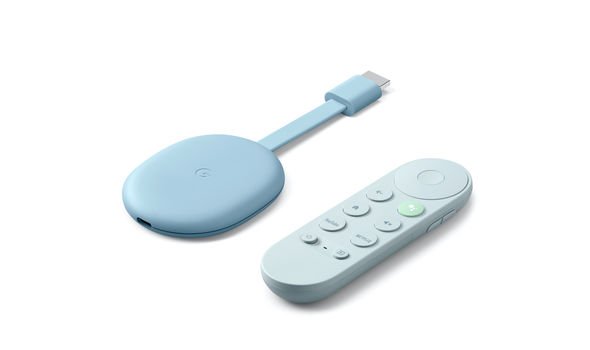 Best of all, you won’t have to juggle multiple remotes thanks to the programmable TV controls for power, volume and input, Google says. Being able to switch between HDMI inputs and adjust the volume using the remote should be a dramatically different experience than watching with the current-generation Chromecast – and brings the Google-branded streaming dongle in-line with the competition from Amazon, Roku, Nvidia and Apple.

Boxsets and films on the Chromecast should looks as good as when watching on any rivals too. That’s because the Chromecast with Google TV is capable of outputting in 4K video with support HDR at up to 60 frames per second. “With Dolby Vision, you’ll get extraordinary colour, contrast and brightness on your TV. And if you want to hear and feel your favourite adventure film, Dolby Atmos delivers an immersive surround sound experience,” Google adds.

Unlike the Chromecast Ultra, there’s no support for Google Stadia at launch. So, subscribers to the game-streaming service will want to steer clear of upgrading to the Chromecast with Google TV when it hits shelves later this month.

Unlike previous Chromecast models, the Chromecast with Google TV has its own on-screen menu. Based on the Android TV operating system already available on the likes of Hisense, Sony and TCL sets, Google TV has a library of 6​ ,500 apps​ available. These include some of the most popular streaming services, like Amazon Prime, Netflix, Disney+, BBC iPlayer, ITV Hub and more, as well as games and social networks.

The For You tab presents you with personalised watch suggestions from across any subscriptions organised based on what you like to watch – even your guilty pleasures. Meanwhile, the new Watchlist lets you bookmark films and TV episodes you want to save for later. You can add to your Watchlist from your phone or laptop, and it will be waiting on your TV when you get home.

Chromecast with Google TV costs £59.99 and starts shipping October 15. It will be available from the Google Store, John Lewis, Currys PC World, Argos and a number of other retail partners.

The Bag Brand That Racks Up 120,000-Person Waitlists Just Launched a New Style — and We Have a Code for 20% Off

Number of TV licenses plunges by 82,000 in five months