Though next year is likely to see an epic standoff between two brand new game consoles, it was the potential of cloud streaming tech that captured much of the conversation at this year's E3 conference last week.

Google lurked behind closed doors showing off its Stadia cloud streaming platform to American journalists ahead of its November release (the system will not launch in Australia until at least next year), while big publishers including Bethesda and Ubisoft confirmed their titles would come to Stadia as well as PlayStation and Xbox. 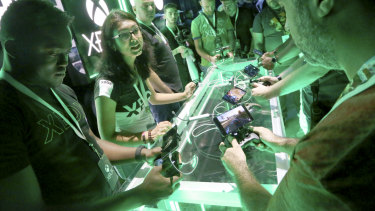 They both work the same way; instead of downloading a game to a machine, or sticking a disc in it, the games are played on a remote Google or Microsoft server and the audio and video is sent to your screen over the internet. Microsoft's demo had games running on Android phones mounted on controllers, while Google used a TV with a Chromecast dongle attached.

So have we arrived at a point – with all its implications for retailers and customers – where we can give up our games hardware entirely and just stream games directly to our TVs or phones? Google appears to be saying we're close while Microsoft's head of Xbox Phil Spencer is more cautious.

"We're not telling people that Project xCloud is the replacement for what they do today. I think for many people, they'll find xCloud is a convenient way for them to stay connected to their games and their friends, when they're not at their console or PC," Spencer says. 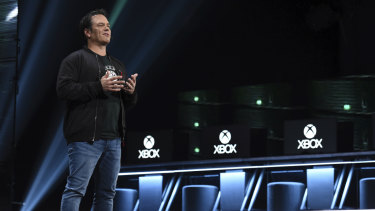 The technology to ensure great performance on every game over the internet simply isn't there yet, he says, and cloud gaming is in the near term simply an additive to gaming on local hardware, not a replacement for it.

"The highest fidelity experience you're going to have this year, or next year, is going to be on an Xbox One X or [next-gen Xbox] in your home playing those games. To stand up and say that somehow I'm going to replace the great experience that I get on my gaming PC or my console today using an internet connection? It just is isn't viable."

A cynic might suggest Spencer is only saying that because he wants people to keep buying Xbox consoles. He says he wants to get games and services in front of people no matter what device they're using.

One of the bigger fallacies in the gaming world today is that, somehow, success in gaming is driven by how many devices you sell, because it's just not.

Over the course of E3, multiple Microsoft-properties were announced for PlayStation 4 (Minecraft Dungeons) and Nintendo Switch (Super Lucky's Tale), and almost every brand new Microsoft game is now heading to PC as well as Xbox.

Spencer even says he doesn't mind if gamers don't snap up next year's "Project Scarlett" Xbox systems, as long as they stay engaged with the services.

"Millions of people still log in every day to play on Xbox 360 consoles. Should I feel bad as a platform holder that those people love to play World of Tanks on their 360? No," he says.

"It's their choice where they want to play, and it's up to us to deliver a world class experience to them on on the device that they have."

As for Microsoft's primary rival Sony, it opted out of E3 entirely this year, and it isn't tough to see why. Sony's announcement of new PlayStation games has come to a complete standstill, as it waits for the right time to detail the first games that will come to its supposed 2020 PlayStation 5.

Had it come to E3, it would have done so with largely the same three or four main titles it showcased last year.

Microsoft's big pre-E3 briefing suffered from a similar problem, with only one Scarlett game on show (albeit briefly): Halo Infinite. Although there are now more than a dozen Microsoft-owned studios working on new Xbox games, the show gave the impression of a catalogue light on new exclusives.

Nintendo on the other hand neatly sidestepped all such issues, seeing that its Switch platform is just a few years into its life and only growing stronger. Unaffected by the heralding of a new console generation, Nintendo's was practically the only pre-E3 show that featured almost entirely gameplay footage rather than CGI renders, and its show floor booth was full of playable exclusives releasing this year, including Link's Awakening, Pokemon Sword & Shield, and Luigi's Mansion 3.

As the Switch grows more ubiquitous, more publishers are also bringing over their older games to an audience that will eagerly buy them again for the chance to play them portably for the first time. This year, CD Projekt Red's Witcher III was the highest profile example.

But one has to wonder if this advantage is under threat, with streaming services waiting in the wings. After all, someone using xCloud could still play their copy of Witcher III at home in 4K and then get access to it on the road via their phone without having to pay for it again.

The author travelled to Los Angeles as a guest of Microsoft.

Lea Michele's Bikini Might Be Simple, but It's Guaranteed to Steal the Spotlight

Sasha Obama, 16, parties at festival where she hung out with Cardi B

Dolores O'Riordan of The Cranberries drowned after drinking in tragic accident