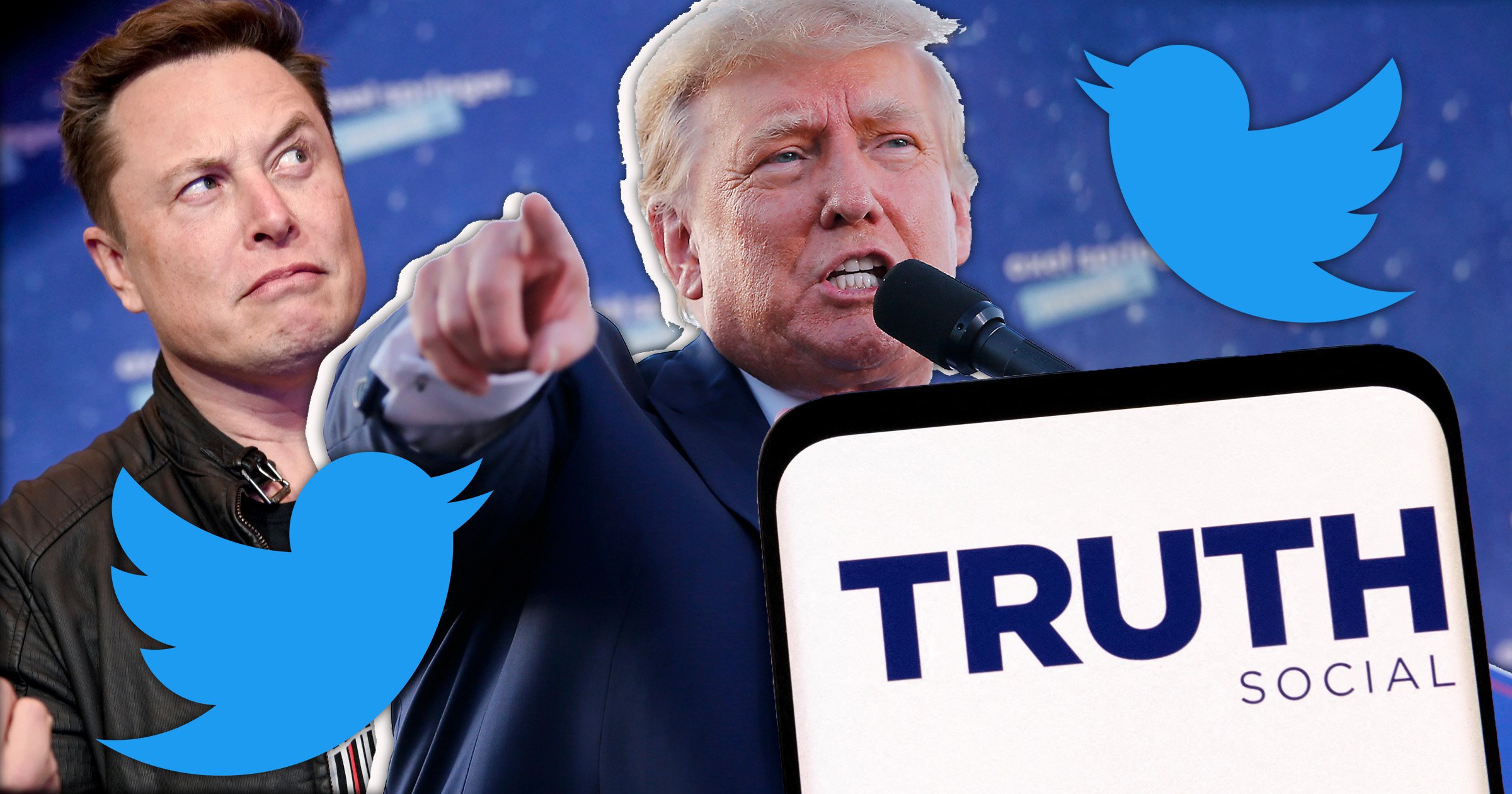 Former President Donald Trump predicted that Elon Musk will not end up buying Twitter ‘at such a ridiculous price’ – and said his own Truth Social platform is ‘MUCH better’.

Trump posted his remarks on Truth Social on Friday, shortly after Musk tweeted that his $44billion deal to buy Twitter would be ‘temporarily on hold’ for a review of how many bots and scam accounts it has.

The ex-president took the opportunity to slam Twitter, which banned him after his words around the January 6 Capitol riot.

‘There is no way Elon Musk is going to buy Twitter at such a ridiculous price, especially since realizing it is a company largely based on BOTS or Spam Accounts,’ Trump wrote. ‘Fake anyone?’

Trump, who previously said he hoped Musk would buy Twitter but that he would not return, continued about the bots and fake accounts: ‘By the time you get rid of them, if that can even be done, what do you have? Not much?’

The 45th president opined that ‘if it weren’t for the ridiculous Billion Dollar breakup fee, Elon would have already been long gone’.

Trump then talked up Truth Social, which looks and functions similar to Twitter.

‘Just my opinion, but Truth Social is MUCH better than Twitter and is absolutely exploding, incredible engagement!’ Trump wrote.

Musk, who earlier this week said he would reverse Twitter’s ban on Trump, later on Friday clarified that he is ‘still committed to acquisition’. Musk has said that taking down bots and spam accounts will be one of his top priorities if the blockbuster purchase goes through.

The Tesla CEO has called out Trump’s platform, too. In late April, Musk tweeted that Truth Social has a ‘terrible name’ and that it ‘exists because Twitter censored free speech’.

‘Should be called Trumpet instead!’ Musk wrote.