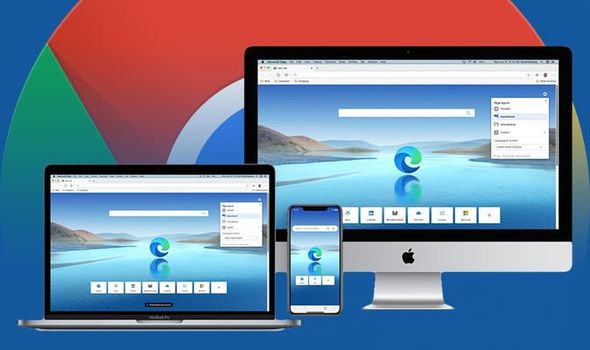 Microsoft Edge has really turned around its fortunes. In less than six months, the web browser has gone from a laughable Internet Explorer replacement installed by default with Windows 10 – to the second most popular web browser on the planet. To do this, Microsoft had to adopt the Chromium codebase that powers Google Chrome, which is still the most popular browser on the planet.

This enables Microsoft Edge to boast the same compatibility as Chrome. It also means it can use the same extensive library of add-ons. But that doesn’t mean Microsoft Edge is a carbon-copy of Google Chrome.

Microsoft has packed the browser with a raft of new features that aren’t available in Google Chrome. Some of these improvements have caught Google’s eye, with the Californian company announcing plans to integrate the tweaks into future versions.

During its annual developer conference, known as Microsoft Build, the Redmond-based firm has taken the wraps off a host of new improvements coming to the app in the coming weeks and months. First up, Microsoft Edge will boast support for syncing extensions. If you own more than one computer – like a two-in-one hybrid and a desktop PC, for example – running Microsoft Edge, any extensions will now sync between these devices.

Although there are a huge swathe of people who will not notice the addition, those who have been jumping between a few devices running Microsoft Edge will really, really appreciate the consistent experience across their gadgets. Microsoft has not confirmed whether its Accounts will sync add-ons and extensions downloaded from the Chrome Web Store as well as its own.

Another impressive new feature coming to Edge that could convince people to finally make the switch from Google Chrome is automatic profile switching as you navigate around the web.

This allows users to assign certain URLs to a work profile – so whenever you click on that URL while browsing on your personal profile, Microsoft Edge will automatically open it in a work profile. So, even if you’re shopping on your personal account, you’ll be able to tap on a link to a website used for work, like Slack, Microsoft Teams, the browser will switch to any work online accounts you’ve specified in that tab. That should save you time – and confusion.

Another feature sure to make users across the globe happy is an upgrade to the existing Collections feature.

That feature now integrates with Pinterest to “help you find ideas to spark inspiration, save time, and be more productive by suggesting content related to what you have already collected,” Microsoft says. These links can be stored with a single click.

You’ll also be able to export them to Microsoft OneNote if you’re looking to turn them into a list to send to contacts – or make annotations on the URLs you’ve listed in the Collection.

Best of TheWeedTube, So You Can Celebrate 420 Right