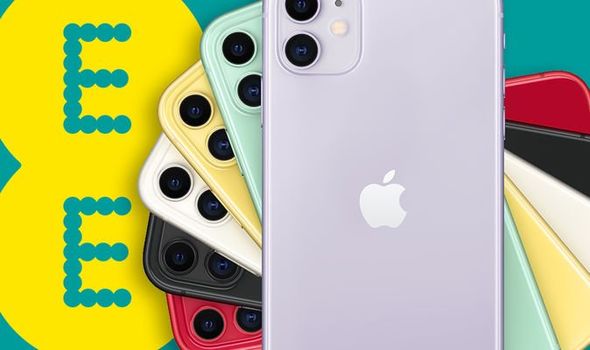 EE, the UK’s fastest 4G network, has stepped up it’s January sales – taking the fight to Vodafone’s Winter Sale with some fresh savings on Samsung, Google, Sony and Apple devices.

The network is offering discounted contracts across much of its smartphone range, including a huge saving of £120 on the Google Pixel 4.

The tech giant’s latest handset is down to just £44 per month with just a £10 upfront cost and a huge 30GB of data, unlimited minutes and texts.

That’s alongside EE’s standard benefits, including EU roaming, as well as £60 worth on in-game extras in Harry Potter: Wizards Unite – ideal for those that are invested in Niantic’s app.

Elsewhere, the Samsung Galaxy S10+ (with 128GB of internal storage) is £49 per month with 4GB of data, and offers a free Galaxy Watch Active worth £169.00 – making it an ideal choice for getting a kickstart on any New Years health resolutions.

Rounding out the biggest pay-monthly deals is the Sony Xperia 5, with the phone down to just £34 per month with 10GB of data – a huge saving of £340 on the company’s flagship device.

You can find all of the pay-monthly deals here, but we’ve highlighted our favourites below.

If you’re happy with your current phone, EE’s January sale extends to its SIM-only deals, too.

These still offer the same benefits as pay-monthly deals, with up to 60Mbps data speeds on 4G, unlimited minutes and texts, and the option of swappable benefits – including Amazon Prime Video, BT Sport, and data passes that ensure apps like Spotify or Netflix don’t eat into your allowance.

You can find the full list of SIM-only deals here, but we’ve put our favourites below. Don’t forget to check out list of the best SIM-only deals, too.