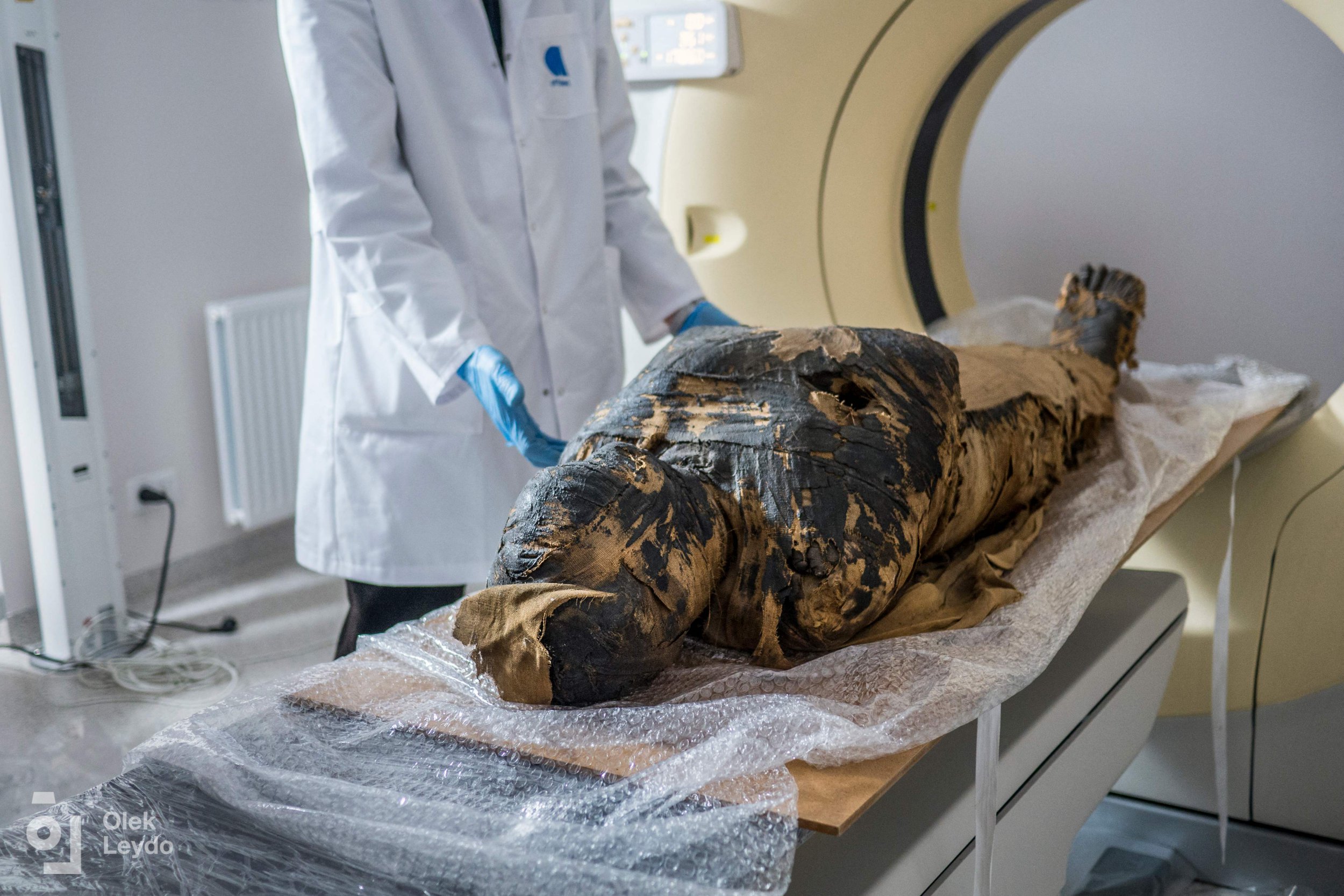 Researchers examining an ancient Egyptian mummy that they expected to be a male priest were surprised when X-rays and computer tests revealed instead it was a mummy of a woman who had been seven months’ pregnant.

The Polish researchers said it is the world’s first known case of such a well-preserved ancient mummy of a pregnant woman.

The mummy arrived in Warsaw in 1826 and the inscription on the coffin named a male priest.

No examination until the current one had disproved the belief that it was a male.

Marzena Ozarek-Szilke, an anthropologist and archaeologist, said: ‘When we saw the little foot and then the little hand (of the foetus), we were really shocked.’

They estimated the woman was between 20 and 30 years old and said the size of the baby’s skull suggested she was 26 to 28 weeks’ pregnant.

Their findings from the Warsaw Mummy Project involving years of tests on this and other mummies at Warsaw’s National Museum were published in the Journal of Archaeological Science.

‘This is our most important and most significant finding so far, a total surprise,” team member Wojciech Ejsmond, of the Polish Academy of Sciences, said. “It opens possibilities of learning about pregnancy and treatment of complications in ancient times.’

The researchers say the excellent quality of the embalming suggests it could have been performed well before the first century BC, as it is dated now.

Who is Bill Bailey's wife Kristen?

Dr Miriam Stoppard: A simple act of kindness can be the best medicine