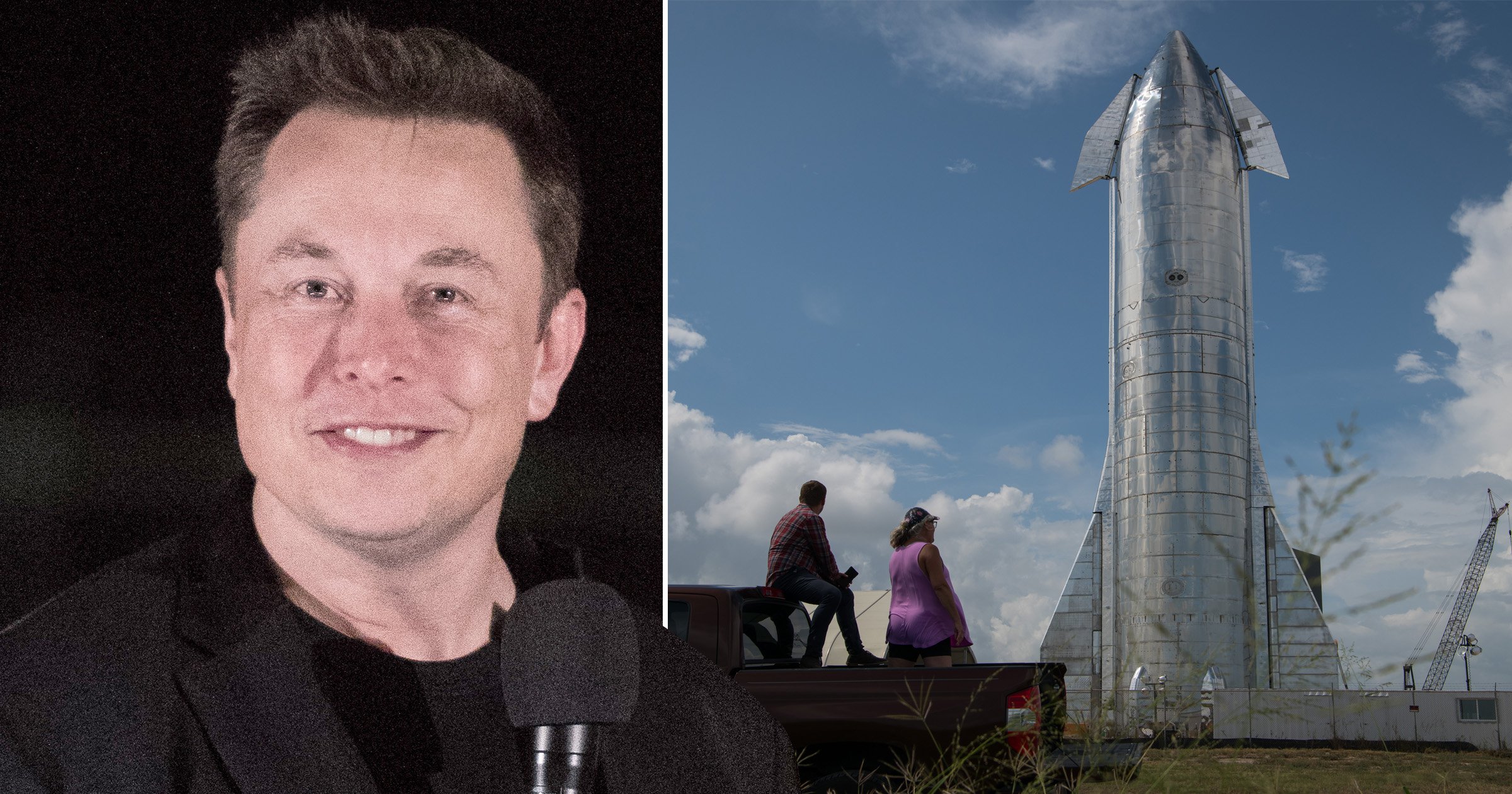 SpaceX CEO Elon Musk has unveiled the tower that will be used to launch and catch its Mars-bound Starship rocket.

In what appears to be a drone video tweeted by Musk on Sunday, the top of the launch-and-landing tower, as well as the chopstick-like arms that will catch the first-stage booster on landing are visible.

The latest launch tower design could potentially allow multiple launches a day using the same rocket booster. This also removes the need for legs on the booster, thereby reducing the weight, fuel requirement and cost for each launch.

If all goes well with the development and testing, SpaceX plans to mass manufacture Starship rockets. The ultimate goal is to use a fleet of rockets to set up a permanent human colony on Mars.

Musk has previously stated a target of sending Starships to the Moon by 2024 and to Mars by 2030.

The development of Musk’s Starships had been delayed by a lawsuit filed by Jeff Bezos’ space company Blue Origin over Nasa’s decision to award a $2.9 billion moon lander contract to SpaceX. The court ultimately sided with SpaceX which means it can now keep building its Starships.

The first orbital launch of a Starship rocket from Starbase followed by a 90-minute journey and landing off the coast of Hawaii is just around the corner in the coming few weeks.

‘SpaceX will try to catch largest ever flying object with robot chopsticks,’ Musk tweeted in August. ‘Success is not guaranteed, but excitement is.’

The so-called chopsticks refer to mechanical arms attached to SpaceX’s launch tower – dubbed ‘Mechazilla’ by Musk – which will help guide the booster rocket back down onto the pad.

There have been several high-altitude Starship tests this year without the booster attached and all but one of them ended in fiery explosions.

It is unlikely that the arms will be used in the first attempt at a Starship launch which is expected to take place in March, as there is no time to test all of its mechanisms sufficiently. Instead, the booster will come down in the Gulf of Mexico.

SpaceX is currently awaiting permission from the Federal Aviation Administration (FAA) to perform the first test flight of the Starship. The FAA’s decision is expected toward the end of February, meaning SpaceX enthusiasts can look forward to a March launch date.

Tess Daly sparks frenzy with unearthed photo alongside husband Vernon Kay ‘That you?’